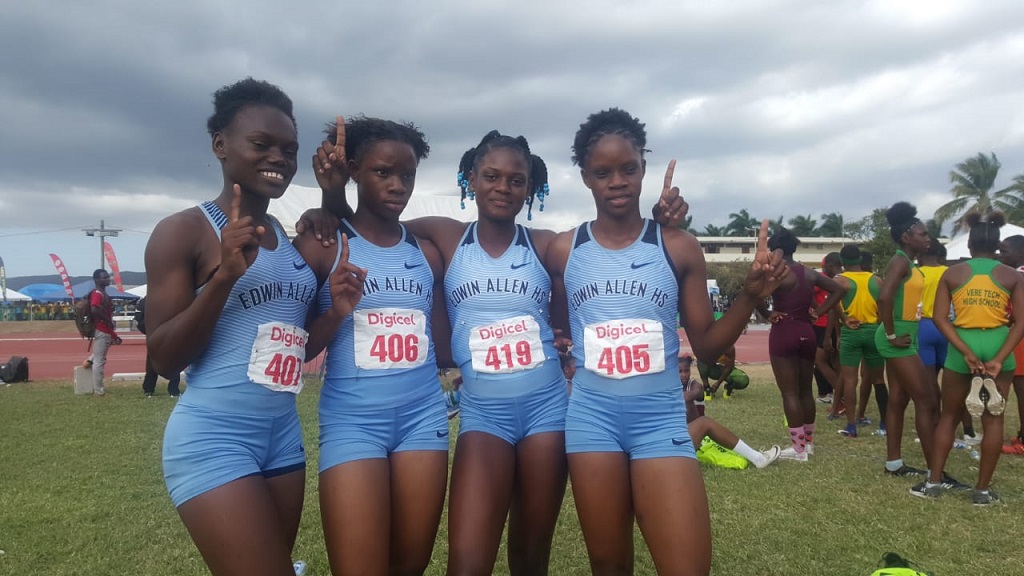 Edwin Allen High and St Jago High have retained the girls and boys’ titles at the Digicel Central Athletics Championships on Wednesday at GC Foster College in Spanish Town. However, the performance on the day and the entire meet belonged to Edwin Allen High's Class 2 girls 4x100m team (Twin sisters Tina Clayton and Tia Clayton, Serena Cole and Brandy Hall)  that won the final in a stunning 43.80 seconds to shatter the previous meet record of 45.02 seconds set by St Jago last year.

Spanish Town-based St Jago High proved a cut above their challengers to beat nearest rivals - Edwin Allen High - by all of 187 points after entering the second and final day with a 54-point lead in the boys' championship.

After a close battle with Hydel High on the final day in the girls' championship, Edwin Allen High pulled away for a 39-point victory after entering the day with a 5.5-point lead. 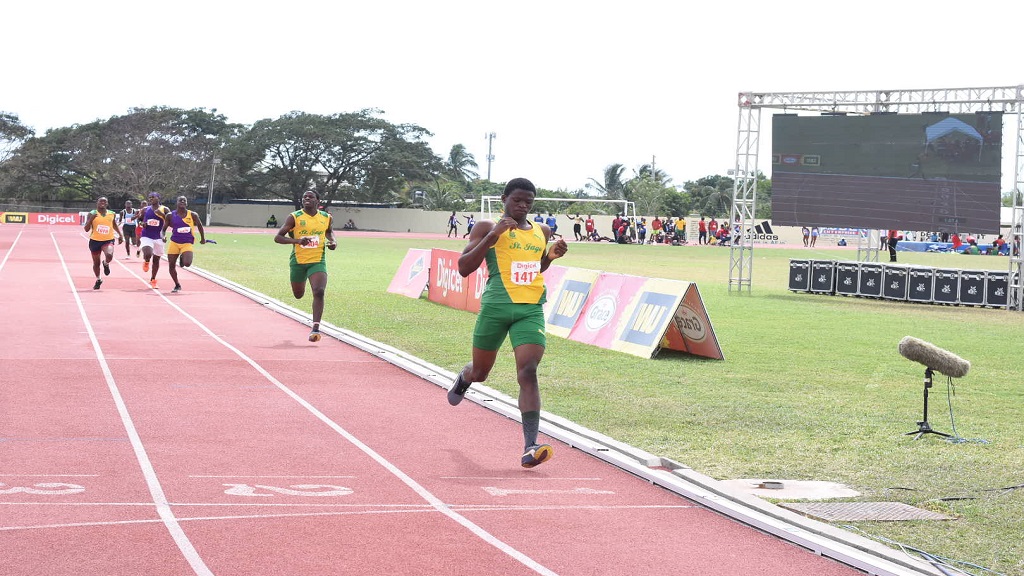 Fifteen meet records were broken on the day to put the two-day tally to 22, while one was equalled.

Edwin Allen outstanding sprinters Tia Clayton and Kevona Davis were among the athletes who accounted for individual records on the final day.

Tia Clayton won the Girls' Class 2 100m final in 11.29 seconds to dismantle the meet record of 11.46 her teammate Brandy Hall set in the preliminary round on Tuesday when beating Holmwood Technical's Saskieka Steele's 2019 mark of 11.58.

Tina Clayton, Tia's twin sister was also in good form on the day as she won the Girls' Class 2 200m final in an easy 23.57 seconds. Shenese Walker of Hydel High was well beaten into second place in 24.04.

Davis continued her good form by smashing the Girls' Class 1 200m meet record. The impressive sprinter covered the field in a flash and came into the straight in full control before powering home in 23.30 seconds to erase the previous meet record of 23.56 seconds set by Holmwood Technical's Michae Harriott in 2018. Holmwood Technical's Kishawna Wallace (24.24) and St Jago High's Kayla Bonnick (24.36) finished second and third, respectively.

St Jago High’s Quaycian Davis won the Girls’ Class 3 400m in 53.59 seconds to erase the previous meet record of 54.28 set in 2019 by Oneika McAnnuff of Hydel High. Alliah Baker of Hydel High finished second in 53.65 to also dip below the previous mark.

There were also four meet records in the sprint hurdles, three of which were on the girls’ side – all from Hydel High.

There was also a record in the field as Christopher Young of Edwin Allen won the Boys’open javelin throw with an effort of 61.10m to break the previous mark of 57.06 set by Adrian Williams of Clarendon College in 2019.