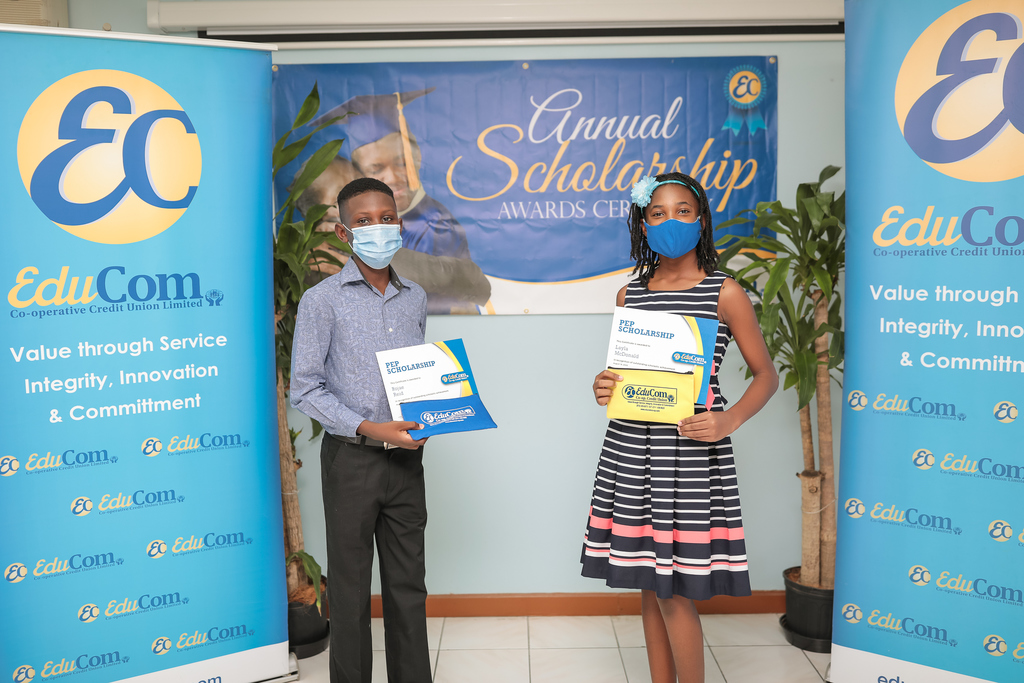 EduCom Co-op Credit Union has awarded 53 scholarships valued at $1.47 Million to students at the Primary and Tertiary levels across the island.

Final year student at the University of the West Indies, Mona Campus, Valeen Williams-Walters, the recipient of the Astley Hibbert Memorial Scholarship said she was elated to have received the scholarship which will allow her to cover her tuition in full.

“It came at the right time for me, I would not have been able to pay my tuition if not for the scholarship, I always encourage persons to become members as I have benefitted immensely as a result of being a member.”

The EduCom Scholarship Awards Programme selects individuals from its membership who have maintained a minimum A average in their recent examinations along with demonstrating verifiable financial need.

Of the 53 scholarships granted for the new academic year, 40 of the recipients were PEP awardees, at the tertiary level, the EduCom Scholarships will allow 13 students to pursue degree courses.

EduCom Co-operative Credit Union, established just over five years ago from the merger of AAMM, UWI Mona and Community and St. Catherine Credit Unions, is the fifth largest in Jamaica with 77,000 members and 9 branch locations island-wide. EduCom has awarded over $10 Million in scholarships since its inception in 2015.