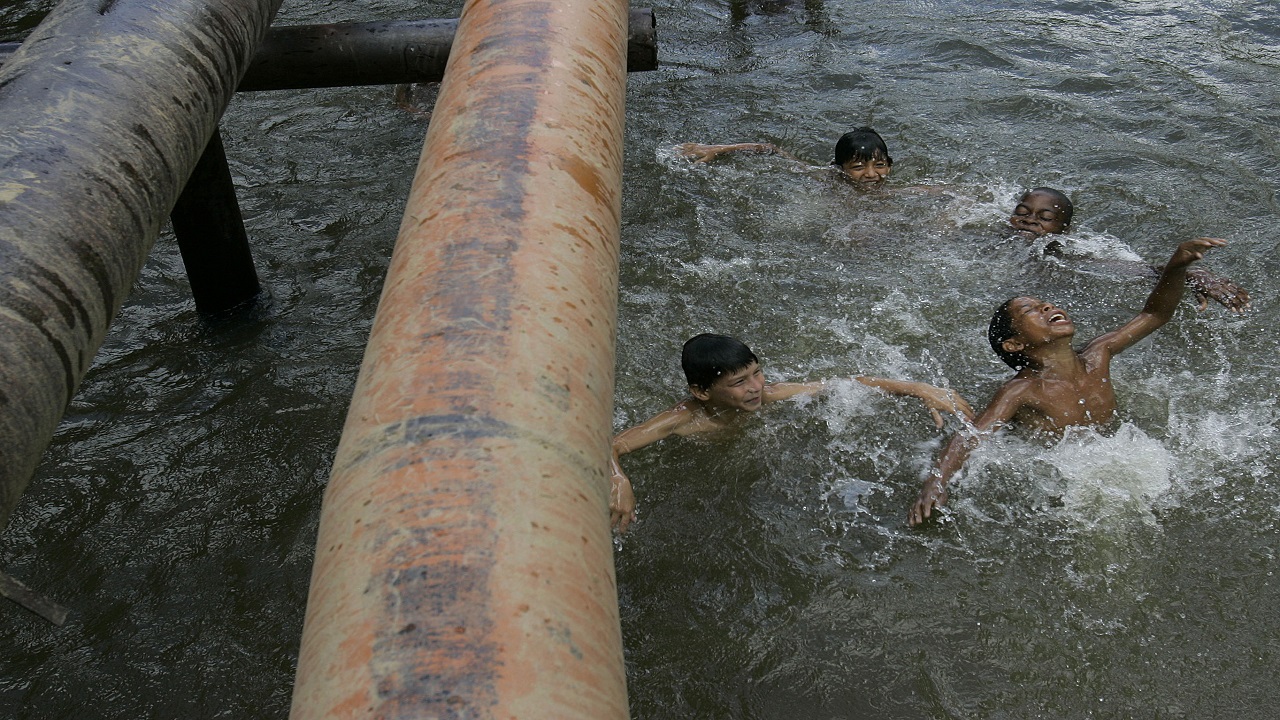 Children play under oil pipes that cross a river in the province of Sucumbios, Ecuador.

Plaintiffs celebrated the constitutional court's decision announced Tuesday night, saying it should pave the way for indigenous tribes to receive compensation for oil spills that contaminated groundwater and soil in their Amazon home.

But the ruling is largely symbolic as Chevron no longer operates in the South American country. That means Ecuador's government will have to pursue assets owned by the San Ramon, California-based company in foreign courts, where it so far has had little luck.

Chevron had long argued that a 1998 agreement Texaco signed with Ecuador after a $40 million cleanup absolves it of liability. Chevron bought Texaco in 2001.

Last week, an appeals court in Argentina rejected an attempt by Ecuador to collect on its award, echoing earlier rulings by courts in Canada, Gibraltar and Brazil.

In 2014, a U.S. court of appeals in New York also denied Ecuador's request, arguing that the original judgment was obtained through bribery, coercion and fraud.

Chevron said in a statement that the high court's decision "is consistent with the pattern of denial of justice, fraud and corruption against Chevron in Ecuador."

It added that Chevron "will continue to work through international courts to expose and hold accountable those responsible for the judicial fraud and extortion against Chevron in Ecuador."

In an added twist, the American lawyer who for years represented Ecuador in the matter was barred Tuesday from practicing law in New York state.

The New York state appeals court found Steven Donziger guilty of professional misconduct, saying that in his appeal of the 2014 ruling he did not challenge the judge's findings of bribery, witness tampering, and the ghostwriting of a court opinion.

The findings "constitute uncontroverted evidence of serious professional misconduct which immediately threatens the public interest," the appeals court said in announcing its suspension of Donzinger.

Donzinger did not immediately respond to an e-mailed request for comment.

Correa returns to Ecuador as feud with successor deepens