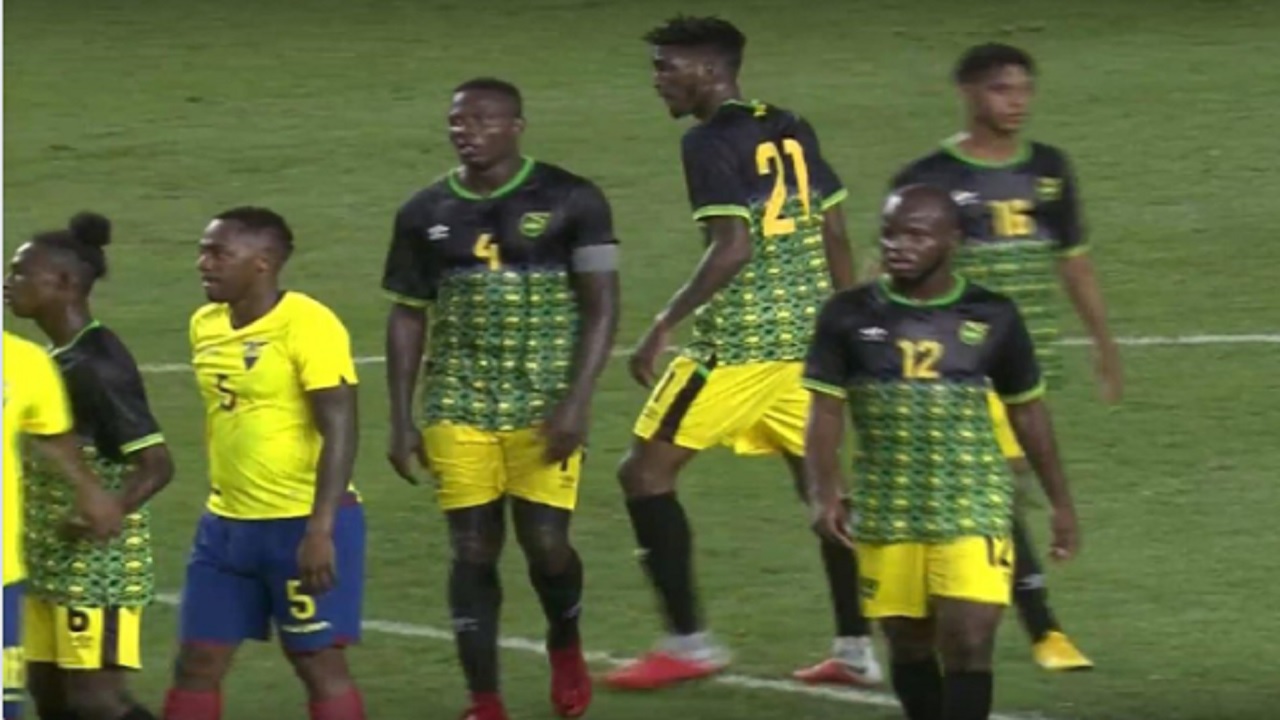 Jamaica's Reggae Boyz (black and green) and Ecuadorians walk off the field at the end of their practice match at the Red Bull Arena in New Jersey on Friday night.

The South Americans got their goals from Enner Valencia (17th minute penalty) and Renato Ibarra in the 49th minute.

Victory represents the third for Ecuador over the Reggae Boyz in four meetings.

The Reggae Boyz used the game to prepare for the qualifying phase of the inaugural Concacaf Nations League where they will play their opening game against the Cayman Islands inside the National Stadium in Kingston on Sunday.

Following the opening Concacaf Nations League fixture against Cayman Islands  on Sunday,  Jamaica - the Caribbean number one team on the new Concacaf ranking index - will fly to Bonaire for a meeting with the tiny island on October 14, and are home to Suriname on November 17.