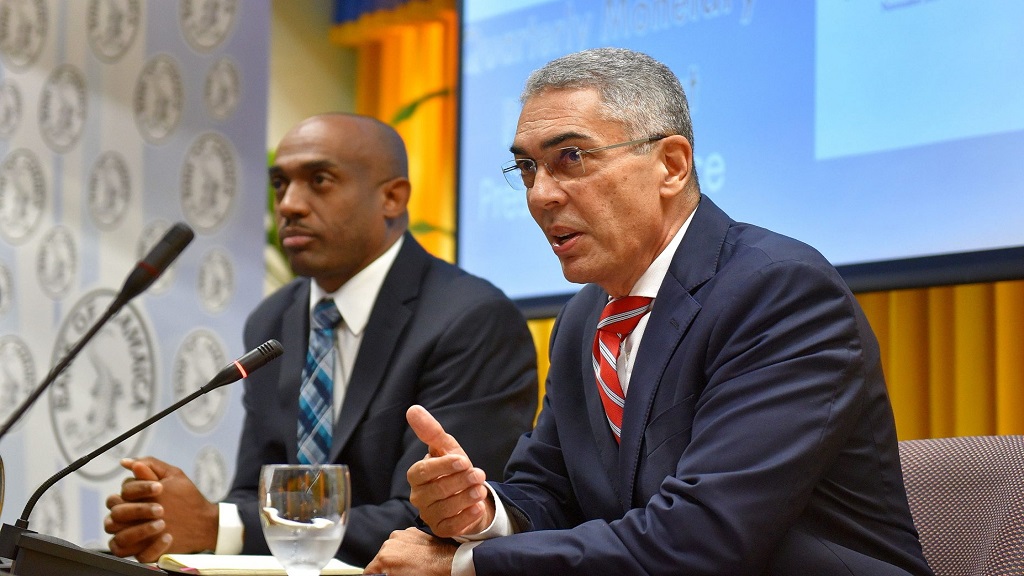 The Jamaican economy is estimated to have grown in the range of - 0.5 per cent to 0.5 per cent over the period in comparison to year-earlier levels.

It's a slower pace of growth relative to the 0.6 per cent recorded for the September 2019 quarter.

In its September report, the central bank had said it expected that over the next eight quarters GDP growth would slow, affected by the then imminent temporary closure of the Alpart alumina plant.

The BOJ also cited weaker global growth in the context of the intensification of global trade tensions, noting that these represent a risk that GDP growth in Jamaica will be lower than projected.

For the December 2019 period, BOJ Governor Richard Byles said growth was expected mainly from an increase in consumption (private and government) spending, partly offset by a decline in net exports.

From the perspective of aggregate supply, there was estimated growth in most industries for the review quarter, with the exception of Mining & Quarrying and Construction.

The governor said, over the next eight quarters, real GDP is projected to expand at an average quarterly rate of 0.5 per cent to 1.5 per cent.

The BOJ head noted meanwhile that while inflation exceeded projected targets in December, the rate is expected to return within range during 2020.

During the December 2019 quarter, BOJ maintained the policy interest rate at 0.50 per cent per annum, as it viewed monetary conditions to be generally appropriate to support inflation remaining within the inflation target of 4.0 per cent to 6.0 per cent over the ensuing eight quarters.

However, over the next eight quarters, inflation is projected to average 4.7 per cent before gradually approaching the mid-point of the target (5.0 per cent) in the medium-term.

The BOJ said the forecast is mainly predicated on higher imported inflation and accommodative monetary conditions, partly offset by a restrictive fiscal stance.

In addition, the outlook for agricultural food prices has been revised upwards given the increased likelihood of adverse weather.

The BOJ noted that accommodative monetary conditions, as well as increased competition in the market for loanable funds, continued to support growth in overall financing in Jamaica.