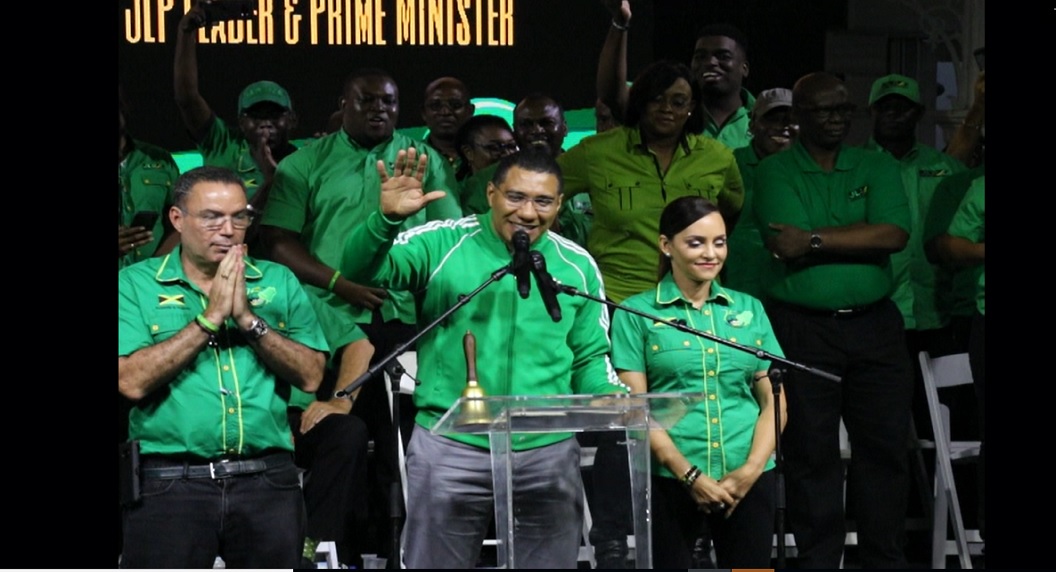 Prime Minister Andrew Holness (centre), pictured last Friday with Daryl and Ann-Marie Vaz, had previously announced Monday, March 25 as the date for the polls and Friday, March 8, for Nomination Day.

The date for the highly anticipated by-election in East Portland has been pushed back to Thursday, April 4, while Nomination Day will now be Friday, March 15.

Prime Minister Andrew Holness had previously announced Monday, March 25 as the date for the polls and Friday, March 8, for Nomination Day.

The new date was announced by the Office of the Prime Minister via a press release on Monday evening.

When making the earlier announcement, the Prime Minister and, or his office, apparently did not take into account Ash Wednesday, a public holiday, which is being observed this Wednesday, March 6.

According to section 21 (1A) of the Representation of the People Act, a public holiday is an “excluded day”. Under the legislation, Nomination Day must be held five clear days after the announcement, meaning this requirement would not have been met since Holness only announced the date for the by-election last Friday.

The by-election became necessary following the February 2 murder of Member of Parliament, Dr Lynvale Bloomfield of the Opposition People’s National Party (PNP). The PNP has held the seat since 1989 and will be represented in the upcoming election by the controversial senator, Damion Crawford.

The governing Jamaica Labour Party (JLP) will be represented by Ann-Marie Vaz, wife of Daryl Vaz, the sitting MP for the neighbouring West Portland constituency.

Political pundits expect a battle royal as the JLP seeks to widen its slender three-seat majority in the House of Representatives while the PNP will be fighting to ensure it does not lose another by-election in less than two years. The South East St Mary seat went to the JLP’s Dr Norman Dunn in October, 2017 in that by-election which followed the death of the sitting MP, Dr Winston Green.