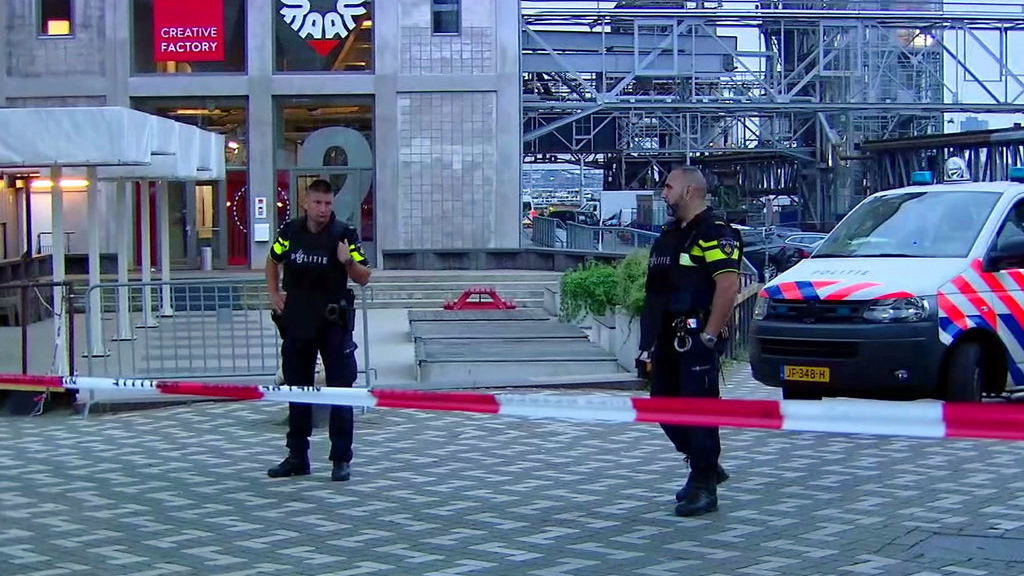 Alerted by a detailed tip from Spanish colleagues, Dutch police arrested a 22-year-old man early Thursday and said he was suspected of preparing a "terrorist attack" on a concert by an American rock band.

The arrest in Brabant province, south of Rotterdam, came hours after police cancelled a performance Wednesday night by Los Angeles band Allah-Las at a converted grain silo in the heart of the port city.

"The suspicion is that the suspect is involved in the preparation of a terrorist attack," Rotterdam Police Chief Frank Paauw said.

"There is no terror threat now anymore," he added. "There is no threat because we have arrested a suspect and the information about the threat was so specific on the location of the event that, with that arrest, we can conclude that the threat is gone."

Police searched the man's home after his arrest but released no details of anything they found. His identity was not released, in line with Dutch privacy guidelines.

Meanwhile, a Spanish mechanic detained Thursday night while driving, apparently drunk, a white van containing a number of gas canisters close to the concert venue was to be questioned once he sobered up, police said.

However, he did not appear to be a terror suspect. Police said a search of his home uncovered nothing to indicate he was linked to the threat. Explosives experts who combed through the van's contents found a few gas canisters but nothing suspicious, police said.

The 22-year-old suspect was being questioned by police and prosecutors. If authorities want to prolong his detention they will have to arraign him at a closed-doors hearing with an investigative judge before the end of Friday, prosecution spokeswoman Jeichien de Graaff said.

Schoof left the country's threat level unchanged at "substantial," the fourth step of a five-level scale.

It was not clear what the nature of the threat to the concert was, or if the band's name played any role in the threat.

In an interview with British newspaper The Guardian last year, band members said they chose the word Allah, Arabic for God, because they were seeking a "holy-sounding" name and did not realize it might cause offense.

"We get emails from Muslims, here in the U.S. and around the world, saying they're offended, but that absolutely wasn't our intention," lead singer Miles Michaud told the newspaper. "We email back and explain why we chose the name, and mainly they understand."

Police in Warsaw, Poland, said security was being beefed up for the band's performance there Thursday night.

Robert Szumiata of Warsaw police told The Associated Press they had no information of any threat to the concert to be held at the downtown NIEBO, or Heaven, club.

Still, he said that uniformed and plain clothes police will be deployed at and around the concert site in order to "ensure security of people taking part in the concert and those who will find themselves in the area."

Spain, already on high alert following last week's deadly attacks in and near Barcelona, played a key role in the events of Wednesday and Thursday.

A Spanish counterterrorism official said Spain's Civil Guard received "an alert indicating the possibility of an attack in a concert that was going to take place in Rotterdam."

WATCH: Saudi teen released after dancing 'Macarena' in the street