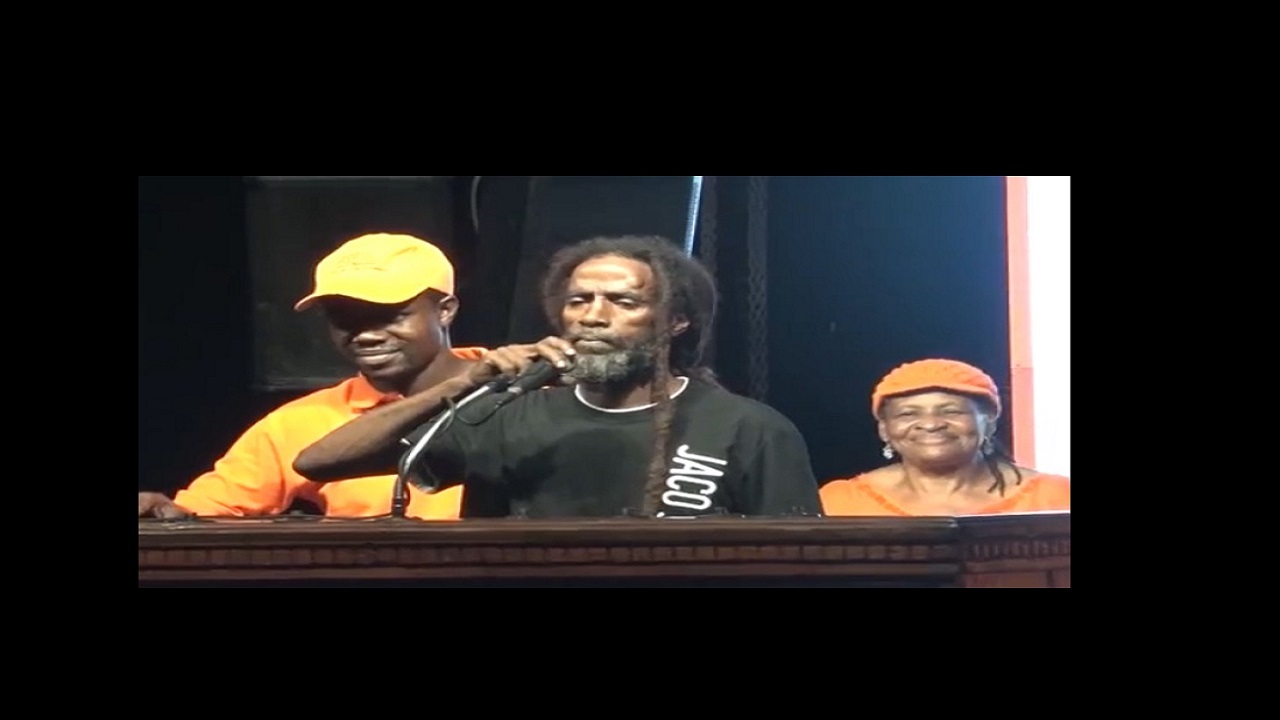 “I am not dunce, I am not mad, I know what I am doing,” said David of his public support for his brother’s opponent.

Last-lap campaigning for the South East St Mary seat in Parliament took a slippery turn on Saturday after reports emerged that a brother of the governing Jamaica Labour Party’s (JLP) candidate for Monday’s by-election in the constituency had appeared on a People’s National Party (PNP) campaign platform on Friday night endorsing the Opposition party’s candidate, Dr Shane Alexis.

No sooner than that news hit the fan, a relative of JLP candidate, Dr Norman Dunn, and the man in question, took to Facebook to declare that the individual was of unsound mind and had been used and later abandoned by the PNP.

But with media reports zeroing on the declaration, the PNP, after coming under some negative spotlight for supposedly exploiting ‘a person of unsound mind’ and reportedly leaving him on the streets of Annotto Bay after the meeting, went on the offensive in facilitating media access to the individual to establish whether there was anything unsound about his mental faculties, and any truth to the declarations on Facebook.

In little time it became obvious that there was no outward indication of mental instability around David Dunn, the 49-year-old brother who declared his love for Dr Norman Dunn on the PNP stage, but indicated that politically, he could not side with him or the JLP.

Amid the sudden withdrawal of the Facebook post, Loop New had an extended interview with David Dunn, popularly known as ‘Indian’ of in Islington in Central St Mary.

Speaking amid PNP operatives, including Deputy General Secretary, Basil Waite, the notion of David Dunn having been abandoned by the Opposition party quickly disappeared.

Then his crisp but heavily deep-rural and Rastafarian-influenced speech made it very difficult to countenance him being of unsound mind, at least outwardly, leading inevitably to the critical question of why he believed he was so labelled.

“I am not dunce, I am not mad, I know what I am doing,” said David of his public support for his brother’s opponent.

Describing himself as having supported the PNP ‘from I was a kid”, he pointed to his deep-seated opposition to the JLP as having been intensified by his understanding of the intensely emotional persecution of Rastafarian in the Coral Gardens’ massacre of 1963, which he blames the JLP for.

David went on to counter the ‘unsound mind’ claim with a declaration that it was his intense Rastafarian conviction over the last 18 years that had earned him the label of insanity within some of his family circles.

“Them have it that I am mad because, instead of taking… offers to come to town (Kingston) to run business, I have chosen to stick to my Rasta conviction and my simple life here in the country. That is why it has been suggested that I am mad,” posited David.

In stating that he has spent the last 18 years in St Mary, excepting for a short time years ago when he said he worked with Dr Dunn in the latter’s pharmacy business, David said he felt he was “under mistrust” in his brother’s employ.

David also claimed he has been viewed as an outcast and a crazy person by some of his family members “because mi have mi own mind and choose to live my own life”.

He said he had no ill-feelings about being labelled as being of unsound mind because “I know I am not crazy and they know it too, but you will hear that mi tun Rasta a country and let down mama, which, I suppose, makes me a mad man.”

He said he was not coaxed by anyone in the PNP to go on stage and endorse the party’s candidate, nor was there any pre-planning for his participation, as he was simply invited to say something on stage when it was recognised that he was in the audience as a supporter of the PNP.

He said he has not spoken with Dr Dunn for a number of years now, but was in touch with the relative who made the Facebook post up to a few months ago, and may have been in touch with the latter person since then, had his cell phone not been dislocated during the period.