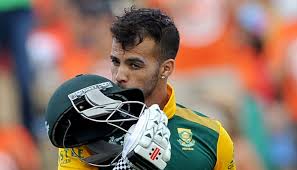 JP Duminy and Josh Lalor have joined the Barbados Tridents for the 2019 Caribbean Premier League.

The Barbados Tridents have announced two replacements to their squad for the 2019 season.

JP Duminy and Josh Lalor are now set to play at this year’s Hero Caribbean Premier League as replacements for Wahab Riaz and Imad Wasim, who are now no longer available due to international commitments.

Batting all-rounder, JP Duminy, has played for South Africa more than 300 times across Tests, ODIs and T20s, scoring over 9,000 runs in international cricket as well as claiming well over 100 international wickets.

Having played in T20 leagues in India, Pakistan, England and his native South Africa, Duminy has a huge amount of experience to bring to the Tridents.

Josh Lalor is a left-arm seam bowler who has succeeded in the Big Bash League for the Brisbane Heat.

He was one of the standout players in the 2019 tournament where he claimed a hat-trick against the Perth Scorchers and a five-wicket haul against the Sydney Sixers.

The Barbados Tridents open their 2019 campaign against the Guyana Amazon Warriors on Sunday at Providence, Guyana.

The Amazon Warriors have won both of their games so far at the Providence venue.

Watch: Green and Paul propel Warriors to a winning total