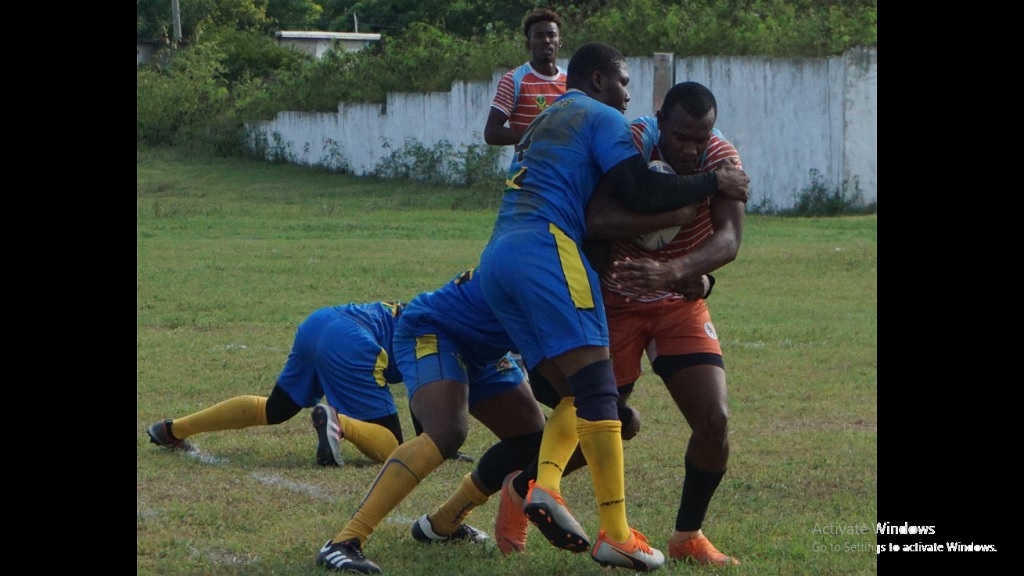 In the first semi-finals, GC Angels were comfortable 44-18 winners over JDF Warriors. GC’s Stephen Scott led all scorers with a 14-point haul from five goal kicks and a try.

Other scorers for GC were Adrian Thompson, Devon Thomas, Antonio Baker, Chevaughn Bailey and Dillon Davis, who each scored a try.

Meanwhile, centre Adrian Brown closed out the scoring with a goal.

Outclassed, JDF’s points came from Griffin Griffiths with eight points from two tries, while Shemar Creary and Shaneal Brown bagged a try each.

Nicolai Kennedy closed the account with a goal kick.

Duhaney Park made it to their fifth consecutive grand finals with a workmanlike 20-6 win over Washington Boulevard Bulls. Duhaney Park was led to victory by winger Miguel Facey with a 10-point haul from two tries and a goal. He got support from centre Andrew Simpson, with two tries; Kenneth Walker (one try) and Ryan Grant with a goal kick.

The Bulls’ points came from winger Ta-Michael Watson with a try, and Lawrence Drummond, who kicked a goal.

The grand finals and third place fixtures are scheduled for Saturday, September 21, at the Duhaney Park Mini-Stadium.  Washington Boulevard Bulls will face JDF Warriors at 2pm in the third place play-off, and Duhaney Park and GC Angels will face off at 4pm for the right to be crowned national champion.