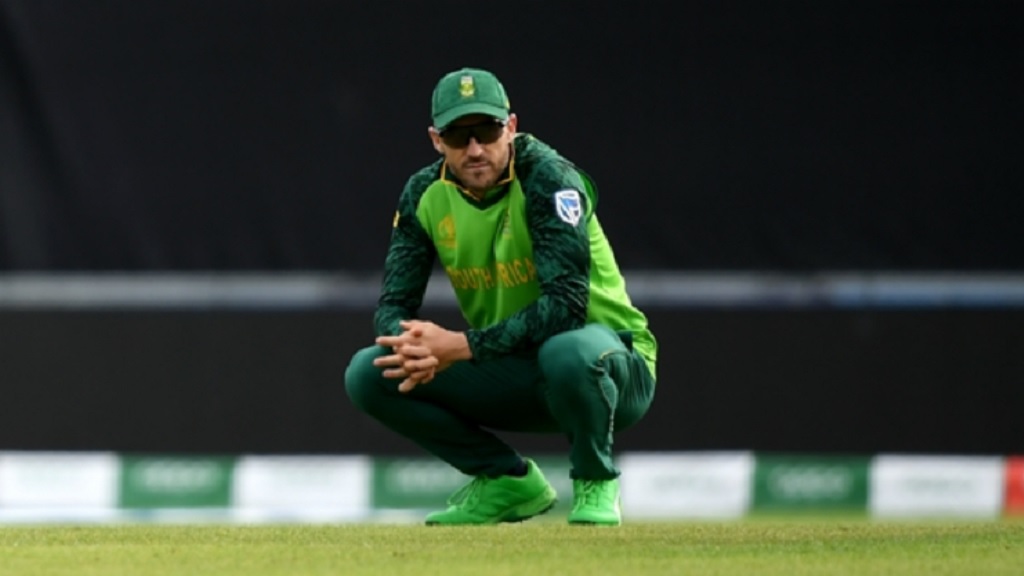 Faf du Plessis needs a big performance from his team.

Faf du Plessis has told his South Africa team they have no wiggle room following three World Cup defeats and must win their five remaining group games to stay in the hunt.

Pre-tournament ambitions have been shaken by losses against England, Bangladesh, and India, and the Proteas will face the only other side without a win so far when they tackle Afghanistan on Saturday.

Proteas captain Du Plessis said a late decision would be made on the availability of pace bowler Lungi Ngidi, who has been sidelined by a hamstring injury.

He earmarked Rashid Khan as the big bowling danger in the Afghanistan ranks, calling him "probably the best leg spinner in the world in T20 cricket" and telling his batsmen to play a careful game and "annihilate that threat".

Du Plessis said his players must put early defeats out of their mind, adding: "If we carry those ghosts of the last week with us, then it's going to be tough to get out of the hole."

South Africa's semi-final hopes look bleak, and Afghanistan would love to add to their problems by causing an upset in Cardiff. Afghanistan captain Gulbadin Naib indicated Rashid should be fit to play after recovering from being hit on the head by a bouncer from New Zealand's Lockie Ferguson last Saturday in Taunton.

South Africa have had an awful time of things, with injuries biting and players under-performing. Their only point has come from the rained-off match against West Indies, who made the Proteas top order look brittle again before rain came in Southampton. Afghanistan came in hope of making a positive impression, dreaming of the semi-finals. A couple of wins against the more established nations must now be their moderated ambition, and they will fancy rattling South Africa.

Faf du Plessis (South Africa captain): "Everyone has written the team off. So there's our backs against the wall as a team. So hopefully that will allow the guys to come out and play the way we want them to play and the way we can play. And I believe if we truly do that we'll be a dangerous team. But we haven't fully unlocked the potential that we do have in our side."

Gulbadin Naib (Afghanistan captain): "If you look at our last three games and how we played, we didn't click in any department. We just need a good start to the match or to the innings. South Africa also lost three games. They're also struggling to make a good start. It's going to be a good game for cricket, I'm hoping. If we play good cricket, obviously in the end you will have a good result."

- This will be the first match between South Africa and Afghanistan in ODI cricket. They have met on the international stage twice in the T20 format, with the Proteas winning both matches.

- South Africa have three losses and a no-result from their first four matches at this World Cup. A win on Saturday and they will be in the exact same position after five games as the 1992 Pakistan team who went on to win the tournament.

- Hashmatullah Shahidi needs 54 runs to reach 1,000 in ODIs, and he would become the ninth Afghanistan player to reach the milestone. He heads into this match after scoring 59 against New Zealand last time out.

- South Africa spinner Imran Tahir is set to bowl in an ODI for the 100th time. He has bowled 180 balls in this World Cup and is yet to be hit for a six. He is the only spinner to have bowled 100 or more balls and not be hit for a six at the tournament.

England wait on Morgan and Roy after Windies hammering