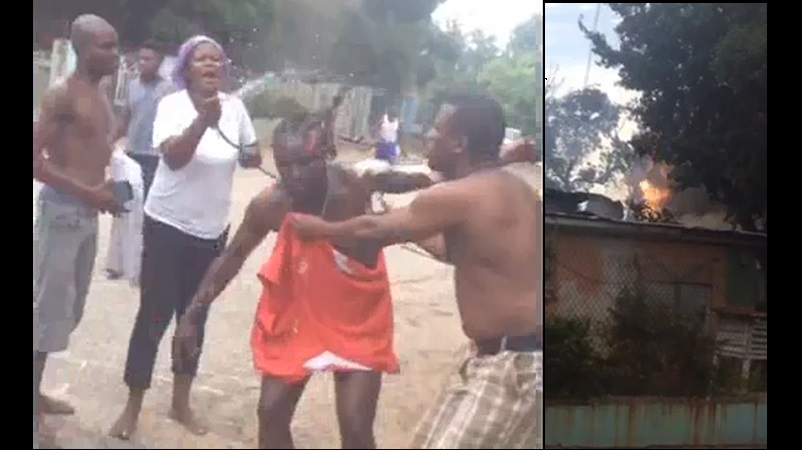 A dramatic video has emerged showing moments after an explosion at an east Kingston house which the police have confirmed was being used as an illegal gas refilling plant.

The fire forced the Rollington Town Fire Station to call for all available assistance, as cooking gas cylinders filled with propane gas were exploding on the premises.

But once the blaze was contained and cooled down, the firefighters who had gotten all the necessary external and community assistance to fight the unusual fire, reportedly suddenly found themselves blanketed by  a veil of secrecy about the occupants of the premises and the activities which were being carried out there prior to the fire.

Pretty much everything on the premises, including the building, a truck, a car and a motorbike, were destroyed by the fire, which was so ferocious that residents next door emptied their houses of furnishings in anticipation of the fire extending to their homes.

The damage from the fire has been estimated at $38 million by the Jamaica Fire Brigade.