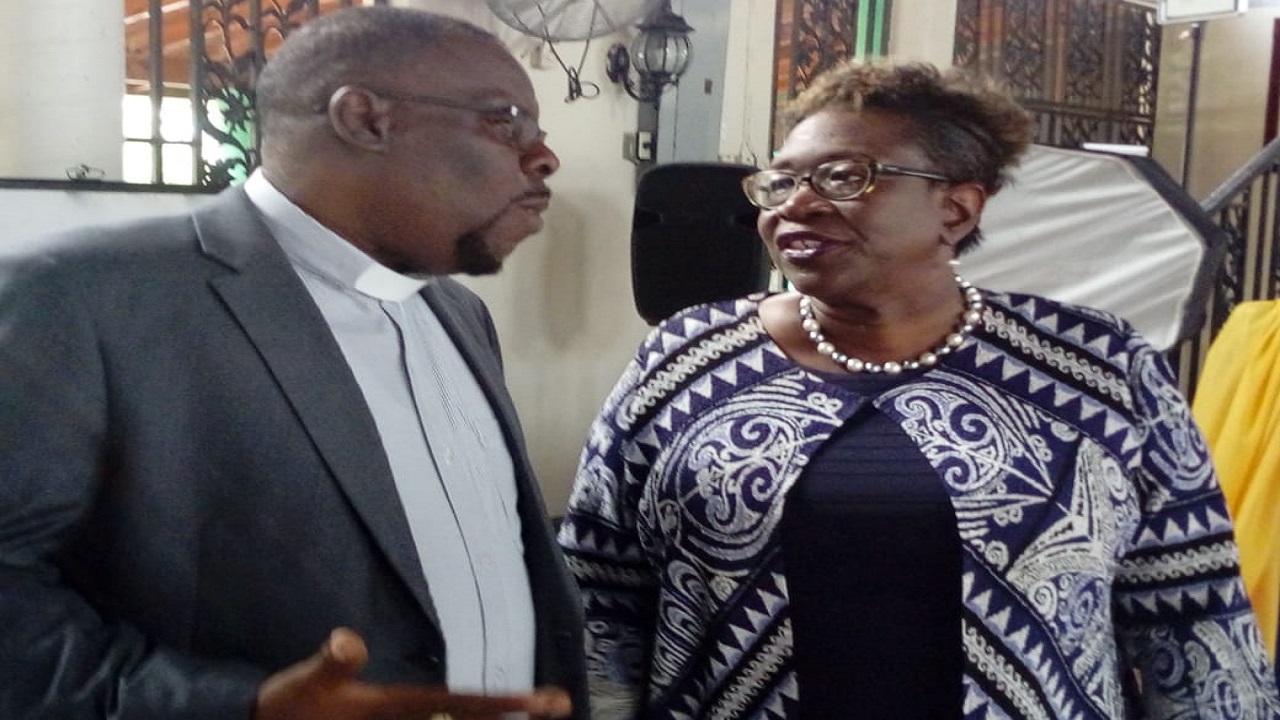 Director of Public Prosecutions (DPP) Paula Llewellyn and Westmoreland Custos, Hartley Perrin, in discussion in Westmoreland over the weekend.

Two months after a murderous series of incidents within a single day in Grange Hill, Westmoreland, Director of Public Prosecutions (DPP), Paula Llewellyn, has publicly commented on the personal and professional impact that reports of the events had on her.

The incidents left seven persons, including two children, shot dead and others injured from a number of attacks and counter-attacks among gangsters in the rural town.

Llewellyn reflected on how the killing spree left her badly shaken up.

“It grieved me. As much as I (have) prosecuted so many awful murder cases, I am still a human being. I have a broad back, but that to me, it was so unacceptable," she reflected.

The DPP further cited that the bloodbath has left both the Grange Hill community and the Westmoreland police still hurting.

Llewelly was speaking at the 39th installation of new officers for the 2018-2019 board for the Savanna-la-Mar Rotary Club at the Negril Gulf Club in Westmoreland on the weekend.