Dozens die in Gaza as US opens new embassy in Jerusalem 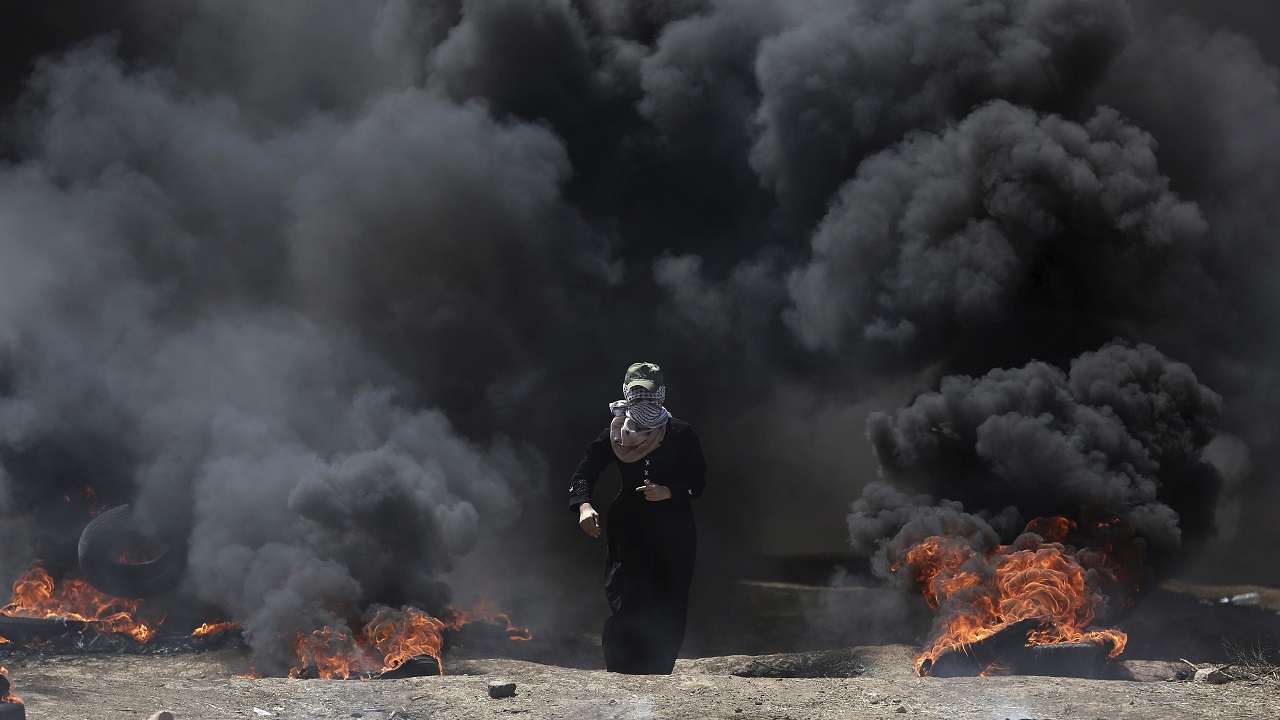 (Image: AP: A Palestinian woman walks through black smoke from burning tires during a protest in Gaza on 14 May 2018)

Israeli soldiers shot and killed at least 41 Palestinians during mass protests along the Gaza border on Monday. It was the deadliest day there since a devastating 2014 cross-border war and cast a pall over Israel's festive inauguration of the new US Embassy in contested Jerusalem.

In a show of anger fuelled by the embassy move, protesters set tyres on fire, sending plumes of black smoke into the air, and hurled firebombs and stones toward Israeli troops across the border.

The Israeli military said its troops had come under fire, and accused protesters of trying to break through the border fence. It said troops shot and killed three Palestinians who were trying to plant a bomb.

The steadily climbing death toll and wall-to-wall condemnation of the embassy move by the Arab world raised new doubts about President Donald Trump's ambitions to broker what he once said would be the Mideast "deal of the century".

By midafternoon, at least 41 Palestinians, including five minors, were killed, the Gaza Health Ministry said. One of the minors was identified as a girl. At least 772 protesters were wounded, including 86 in serious or critical condition.

At the same time, just 70km (45 miles) away in Jerusalem, the opening ceremony of the embassy got under way. The new embassy will temporarily operate from an existing US consulate, until a decision has been made on a permanent location. 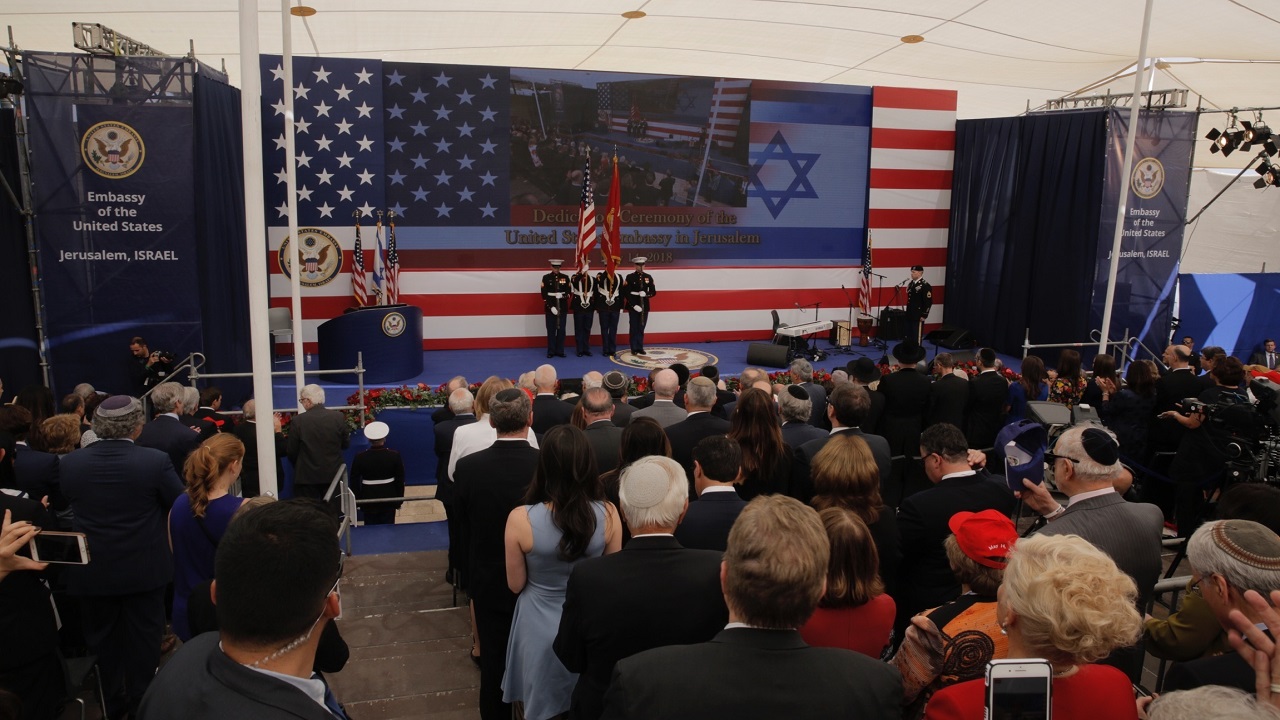 (Image: AP: Presentation of colors by US Marines at the opening ceremony of the new US embassy in Jerusalem on 14 May 2018)

In Gaza, the Hamas-led protest was meant to be the biggest yet in a weeks-long campaign against a decade-old blockade of the territory. The Israeli military estimated a turnout of about 40,000, saying this fell short of what Hamas had hoped for.

The march was also directed at the inauguration of the embassy. Moving the embassy from Tel Aviv to Jerusalem - a key Trump campaign promise - infuriated the Palestinians, who seek east Jerusalem as a future capital.

The timing of Monday's events was deeply symbolic, both to Israel and the Palestinians. The US said it chose the date to coincide with the 70th anniversary of Israel's establishment.

But it also marks the anniversary of what Palestinians call their "nakba", or catastrophe, a reference to the uprooting of hundreds of thousands who fled or were expelled from present-day Israel during the 1948 war surrounding Israel's creation.

Israel captured east Jerusalem in the 1967 Mideast war and annexed it in a move not recognized by the international community. The Palestinians seek the city's eastern half as the capital of a future state.

Although Trump has said his declaration does not set the final borders of the city, it is seen by both Israel and the Palestinians as taking Israel's side in the most sensitive issue in their conflict.

Only two countries, Guatemala and Paraguay, have said they will follow suit. Most of the world maintains embassies in Tel Aviv, saying the Jerusalem issue must first be resolved.

Hawaii volcano could spew boulders the size of refrigerators