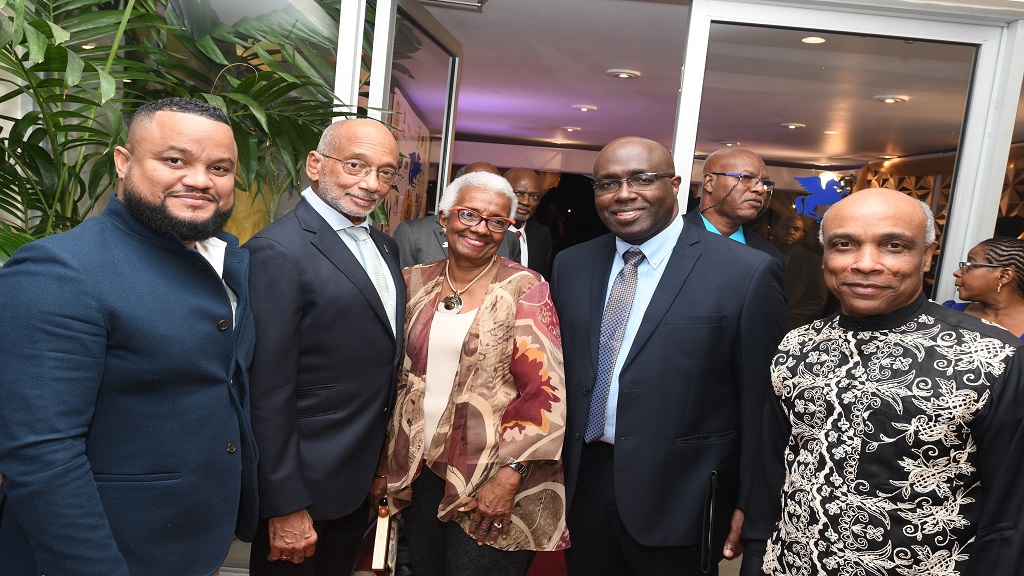 The island’s parent body for sport, the Jamaica Olympic Association (JOA), received high scores for exhibiting solid corporate governance principles in the way it effects its duties over the country’s sporting infrastructure.

Plaudits were ascribed by Douglas Orane, former GraceKennedy Limited chairman, while expounding tremendous benefits to be garnered from the application of proven and robust business principles as an operational modality for sporting associations.

Orane was delivering the keynote address at the annual event that recognises Jamaica’s best in sport, at the latest instalment of the RJR Gleaner Sports Foundation Sportsman and Sportswoman of the Year Awards, at the Jamaica Pegasus Hotel in New Kingston.

“The key to maximising the commercial benefits of sport resides in building partnerships between specific sports and companies with a long term commitment so that the power of branding between the sport and the company is synergised,” said Orane.

“An interesting example of monetising sports activities is the work of the Jamaica Olympic Association in building partnerships, which act as conduits for the exchange of coaches and athletes between countries for mutual benefit," he further added.

“The JOA has also been implementing systems to ensure more effective governance in its member organisations,” said Orane, of the JOA’s revolutionised modus operandi since Christopher Samuda took over as president approximately 18 months ago.

An important accessory to that transition was the JOA’s appointment of Ryan Foster as Chief Executive Officer (CEO).

Since his JOA appointment, Foster has negotiated partnership deals with both local and international companies worth in excess of 100 million dollars, that serves the interest of its sporting affiliates and the country’s athletes, enabling many to acquire training opportunities and preparation as they chase their dreams on the global stage.

Orane highlighted his many travels to global sporting competitions for over two decades and pointed to a much-changed landscape, while noting the different strategies applied in other jurisdictions that catapulted their growth.

Orane, who also served as CEO at GraceKennedy,  supplied proof that corporate governance enhanced performance in administration and on the field while imploring national sporting bodies here to apply a business model to operations.

“I now recognise that one of the biggest tectonic shifts worldwide in the last two decades has not been on the playing fields, but instead in the professionalisation of the administration of sports,” he shared. “For example, national sports entities have steadily moved towards having a paid chief executive officer running their organisations so as to ensure effective management, and the achievement of measurable goals.

"What gets measured gets done, and these individuals are held accountable for performance by their respective boards, including the implementation and sustaining of good corporate governance.”

He added: “I explored how comparable sports associations operate elsewhere, and to me, it was most revealing. Two that come to mind are UK Sport and Sport Australia. What did I learn? Both have adopted very comprehensive codes for sports governance.

"This requires effectively functioning boards and committees, accurate and timely financial statements, and full transparency in all activities. Incidentally, they both have very comprehensive websites with a wealth of information. For example, I was able to view a time series of the amounts spent by UK Sport on each individual sport over the last 20 years."

Orane added that “for national sports organisations to receive funding from these umbrella organisations, it’s mandatory to have implemented good governance. These governance codes go further. They mandate annual board evaluations, annual surveys of athletes to get feedback, risk management processes, training of directors and executive committee members, developing a skills matrix to lead to the right mix of talent to run the organisations, and ensuring appropriate voting rules.

"Interestingly, there is also a recommendation that the maximum tenure for service on these organisations be nine years, so as to make room for fresh talent to participate more actively. We need to learn from these trends and act accordingly."