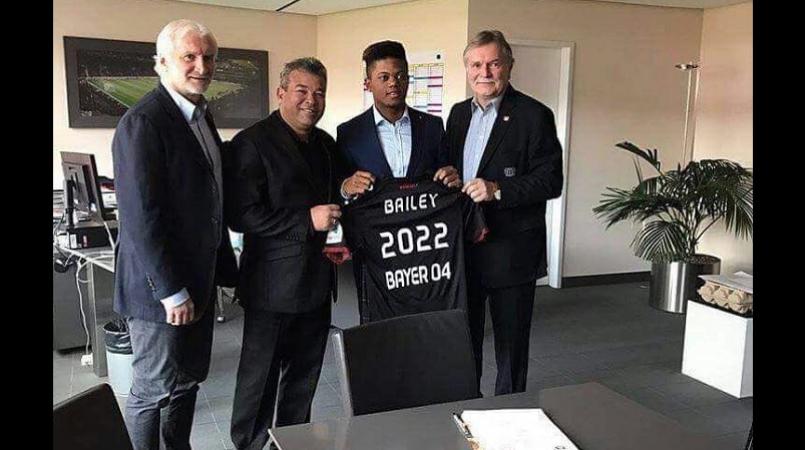 Bailey reportedly signed with the Bundesliga club until 2022.

The 19-year-old winger, who was signed from Belgian club Genk,  had also been linked with Manchester United, Ajax and Hull City over the past few months. However, all speculation were put to rest when it emerged last week that Bailey was undergoing a medical with Leverkusen.

Leverkusen tweeted a photo of Bailey with a jersey after the signing on Monday.  Among the individuals seen posing with him was his adoptive father and agent, Craig Butler.

Bailey joined Genk from Trencin in 2015 and had since developed into a key figure at the Belgian club.

He particularly impressed in the Europa League this campaign, scoring seven goals in 12 appearances including qualifiers to help Genk reach the knockout stages.

The winger's fine performances earned him the interest of a number of clubs across the continent, but Genk were quick to stress they would only allow Bailey to leave if an offer in excess of €15 million came in.