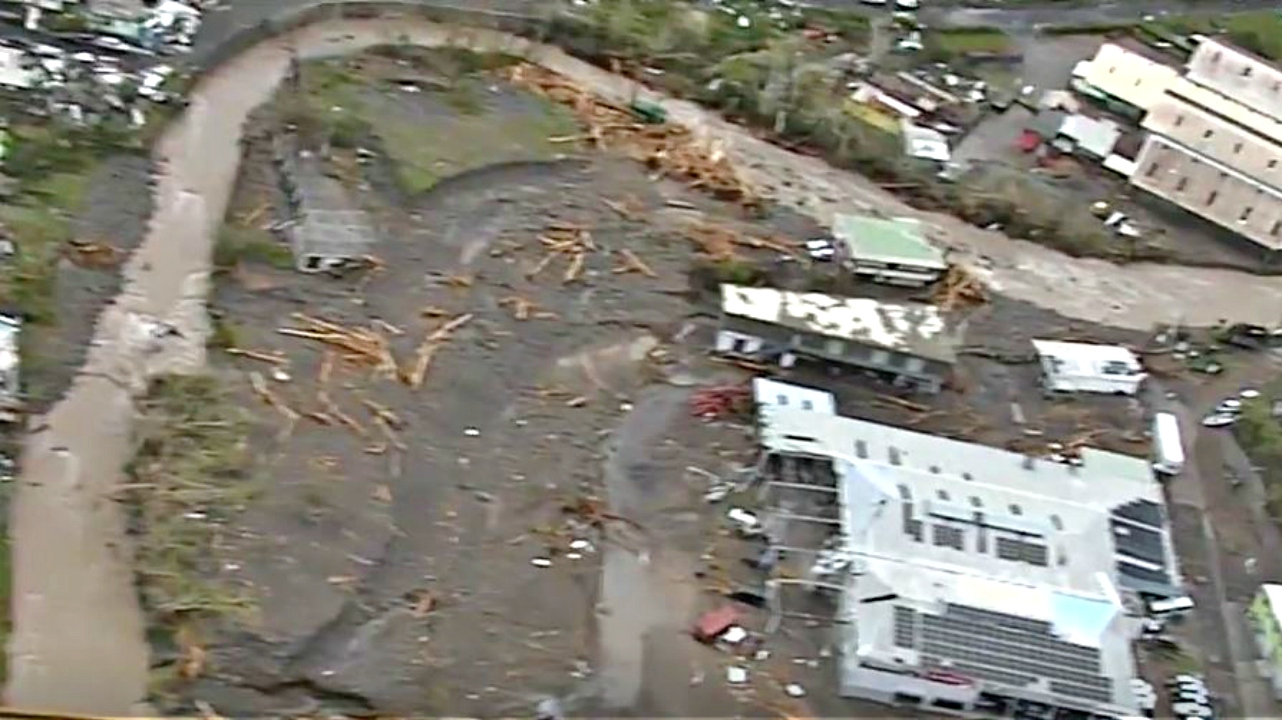 Despite having a positive spirit, persons in the hurricane-ravaged island of Dominica are “in a daze” and do not know where to go following the destructive passage of Hurricane Maria on Monday night.

However, they are determined, resilient people and will be needing the material and moral support of their brothers and sisters in the Caribbean and wider world.

This is according to Hartley Henry, Principal Advisor to Prime Minister Roosevelt Skerrit, who spoke to journalists live on ABS TV this morning at 7:45 from outside of Dominica.

Communications have been down with the island since the wee hours of Tuesday morning, and Henry said PM Skerrit was able to contact him early this morning via a satellite phone provided by the French government.

The Barbadian political consultant said the situation is “grim” in Dominica, which has seen its housing stock “severely damaged, if not destroyed”.

There is a very urgent need as many public buildings being used as shelters are now without roofs and the scores of people there are “sleeping under the elements”. He therefore listed a need for roofing materials such as tarpaulin, as well as bedding and blankets.

He said PM Skerrit was preparing to visit rural parts of the island by helicopter later this morning to get a better sense of damage, injury and loss of life. The tour will focus on the east of the island, which has reportedly been hardest hit.

“Yesterday alone, Prime Minister Skerrit tells me that he walked over 10 miles himself in various directions to be able to get a feel as to exactly is the situation – and it is really very grim,” reported Henry.

So far seven deaths had been confirmed and this number is expected to increase.

Noting that air and seaports were not functional, he said helicopters can get into Canefield airport and it is hoped the Roseau Port will be able to accommodate vessels bringing relief supplies by tomorrow.

Henry reiterated, “This has been a serious punch to the heart but not to the soul of the Dominican people and they are very eager to get up, brush themselves off and get going again.”

He noted Dominica was still in recovery mode from the destruction caused by Tropical Storm Erika in August 2015.

Drawing a comparison between the two natural disasters, he said Erika was particularly damaging on the infrastructure of the country, such as roads, pipes and bridges, while Maria was more destructive to the buildings and houses.

“We now have far more persons who are now homeless and without a roof over their head and with little or no hope of having one in the short or medium term.”

He added, “We are optimistic that the operational aspect of the country will bounce back even though… the administrative aspect in terms of government buildings, schools, churches – they have all been impacted. So it will be a while before normality as far as life and living is concerned.”

Saying the need for external aid will be great, he nonetheless emphasised, "Rest assured that Dominica, even though beaten, is not down. It was knocked to the canvas by Erika, it has now been knocked to the floor by Maria but it is nonetheless very determined to get back up and move again."

Reports on devastation in Dominica emerging

Help on the way to Dominica