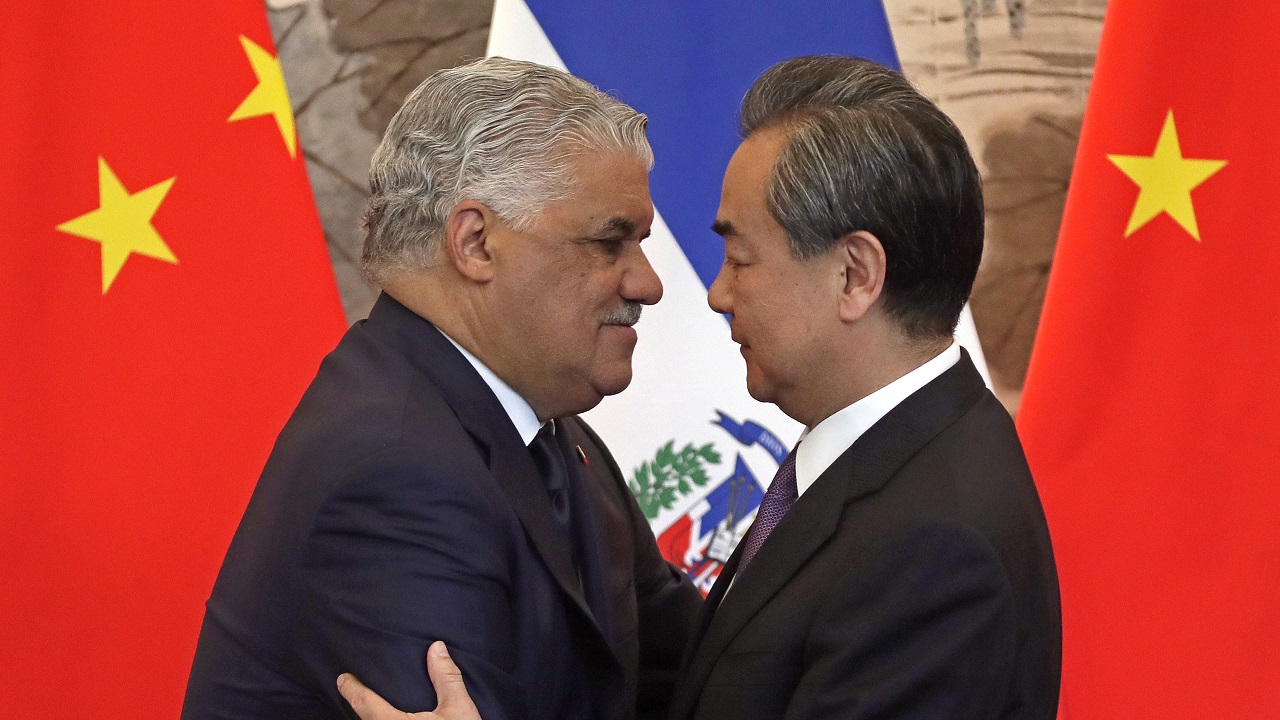 The agreement was signed at an event in Beijing attended by Foreign Minister of the Dominican Republic Miguel Vargas and Chinese State Councillor Wang Yi.

Taiwan said it was "deeply upset" by the move. It is the latest blow to the self-ruled island democracy that China has been trying to isolate on the global stage.

Beijing considers Taiwan part of Chinese territory and refuses to maintain diplomatic ties with those who recognise it. As a result, the island is formally recognised as a sovereign nation by only 19 mainly small, developing countries.

Taiwan criticised what it called China's "dollar diplomacy" and announced it would terminate ties with the Dominican Republic immediately, including all projects and assistance it provides to the Caribbean nation.

"This is an unfriendly and destructive approach to cross-strait relations," Taiwanese President Tsai Ing-wen told reporters at an event in Taipei, referring to China's action.

Flavio Dario Espinal, legal consultant to the Dominican presidential office, said at a news conference on Monday in Santo Domingo that the change in foreign policy was based on the "needs, potential and future prospects" of his Caribbean nation.

"History and socioeconomics reality now force us to change course," he said.

Espinal said that even without formal diplomatic relations with China, trade between the two countries "has grown year after year to the point that today China is the second biggest supplier of our imports".

In the Caribbean, four nations maintain diplomatic ties with Taiwan: Haiti, Saint Kitts and Nevis, Saint Lucia and Saint Vincent and the Grenadines.