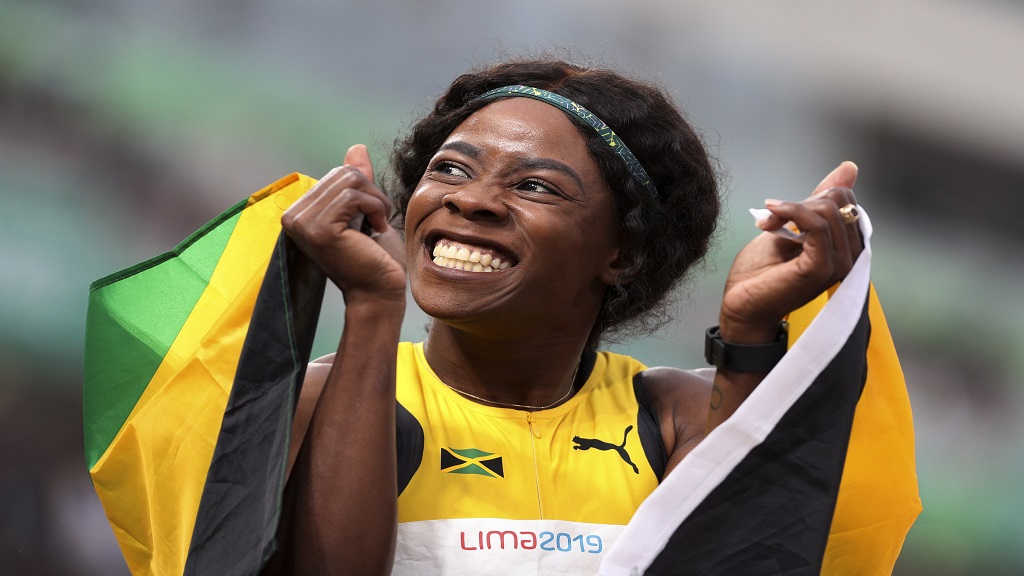 A file picture of Shericka Jackson at the Lima 2019 Pan American Games.

Shericka Jackson has won the bronze medal in the women's 400 metres at the 2019 World Athletics Championships in Doha, Qatar.

Competing in the final on Thursday, the 25-year-old Jackson finished third in a big personal best in 49.47 for her second world championship bronze medal.

Naser, who was born in Nigeria as Ebelechukwu Agbapuonwu and later switched allegiance to Bahrain, took the lead on the second turn and held off Miller-Uibo on the last stretch to win in 48.14 seconds. That’s the fastest anyone has run in the 34 years since Marita Koch of East Germany set the world record at 47.60.

Naser is competing in Doha while Bahrain is part of a regional diplomatic and economic boycott of Qatar that has been in place since 2017.