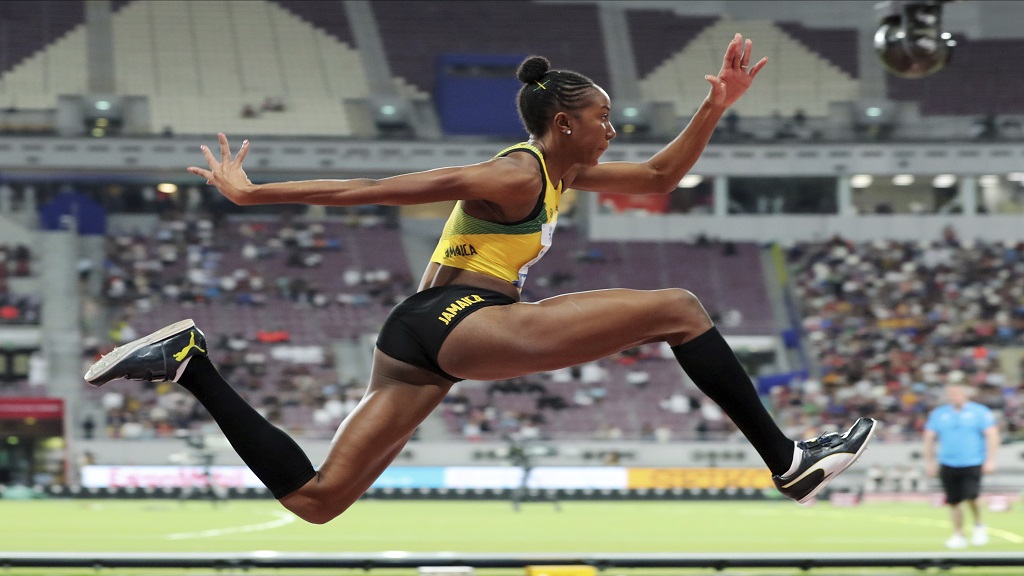 New Jamaican star Shanieka Ricketts has won the silver medal in the women's triple jump at the 2019 World Athletics Championships in Doha, Qatar.

The 27-year-old Ricketts secured the silver for Jamaica with an effort of 14.92 metres in the final on Saturday.

Yulimar Rojas repeated as a world triple jump champion for Venezuela with an unbeatable 15.37 metres, while the 2016 Olympic gold medalist Caterine Ibarguen took the bronze for Colombia on 14.73.

Ricketts' teammate Kimberly Williams was fourth with a lifetime best 14.64m with Olha Saladukha of Ukraine, the 2011 champion and in Doha competing in her fifth World Championships final, fifth with 14.52m, her opening round effort.

Ricketts, who upset Rojas to take the Diamond League title in Zurich in late August, mounted the best attack but in truth, after the second round, the only battle that remained was the one for second.

Ricketts followed Rojas’s example on that count, opening with a 14.81m effort, a leap which would held up for the runner-up spot. Ricketts then padded her margin with a 14.92m jump in round three, just a centimetre shy of her winning mark in Zurich. Silver, and Jamaica’s second medal in the event was hers.

The tall, slender Rojas took command early with a 14.87m effort in the opening round and all but sealed the victory in the second, reaching the 15.37m, the second farthest leap of her career, just four centimetres shy of the personal best she set just one month ago in Andujar, Spain. Only three women have ever jumped farther than Rojas’s winning leap on Saturday; behind her nobody could come remotely close.