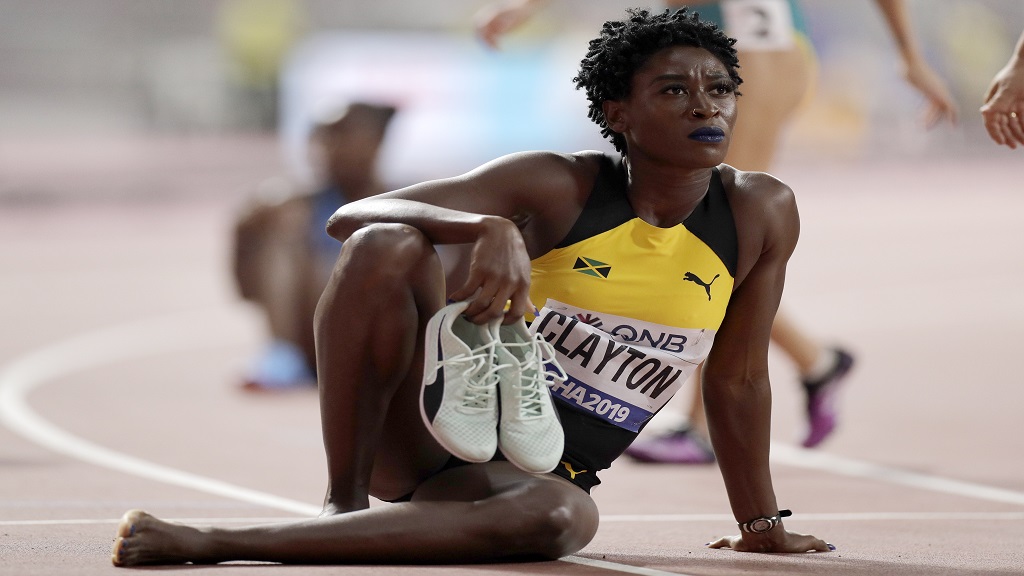 Rushell Clayton at the World Athletics Championships in Doha, Qatar.

Jamaica's Rushell Clayton has won the bronze medal in the women's 400m hurdles at the 2019 IAAF World Athletics Championships in Doha, Qatar.

The 26-year-old national champion came home third in the final on Friday in a personal best 53.74 to erase her previous best of 54.16.

The bronze represents the seventh medal for Jamaica in Doha.

Muhammad had set the earlier record of 52.20 when she beat McLaughlin to win the U.S. national title in July in Des Moines, Iowa.

McLaughlin closed down Muhammad on the back straight, but Muhammad showed strong speed on the exit of the second turn and held her lead to the line to win by .07 seconds.

The Olympic bronze medalist Ashley Spencer briefly looked on course to seal a U.S. podium sweep — something no country has managed at these championships — but faded on the final stretch and was sixth.

Muhammad's performance earns her a US$60,000 bonus as part of the world record programme supported by QNB.