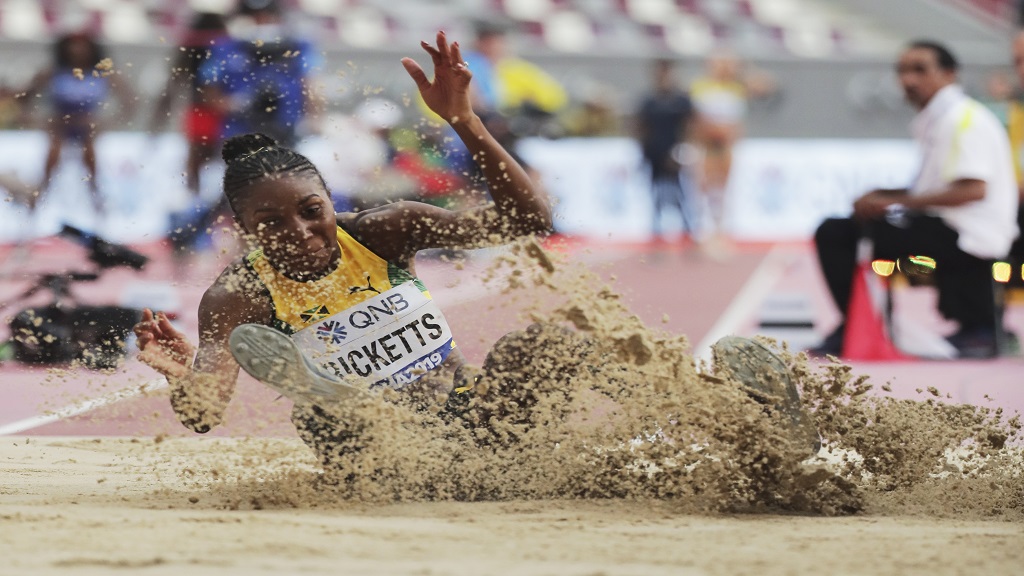 Jamaican champion Shanieka Ricketts has won Group A of the women's triple jump qualifications at the 2019 World Athletics Championships in Doha, Qatar.

Ricketts, a finalist at the 2015 and 2017 World Championships, won on Thursday with an effort of 14.42m to book her spot in another medal round. The 27-year-old Jamaican only had one jump.

Colombian athlete Catherine Ibarguen, the 2018 World Athlete of the Year who has competed sparingly, finished second with an effort of 14.32m achieved with her second jump.

Ricketts' teammate Kimberly Williams also qualified for the final but as one of the non-automatic qualifiers with an effort of 14.20m for fifth place in Group B won by Venezuela's Yulimar Rojas, who will be difficult to stop as she seeks to successfully defend her title and join Ibarguen, Yargelis Savigne and Tatyana Lebedeva as a two-time (and back-to-back) world champion.

Rojas has won six of her eight outdoor competitions this year, sailing beyond 15 metres in half of them.  She has lost twice this season, once to Ibarguen, whom she succeeded as world champion in London two years ago, and to Ricketts at the IAAF Diamond League final in Zurich. Ricketts and Ibarguen have the capabilities to throw serious challenges at the Venezuelan.

Rojas on Thursday won Group with 14.31m,  the fourth-best jump in the qualifiers behind Ricketts' 14.42 and  Ibarguen's and Saladukha's 14.32m