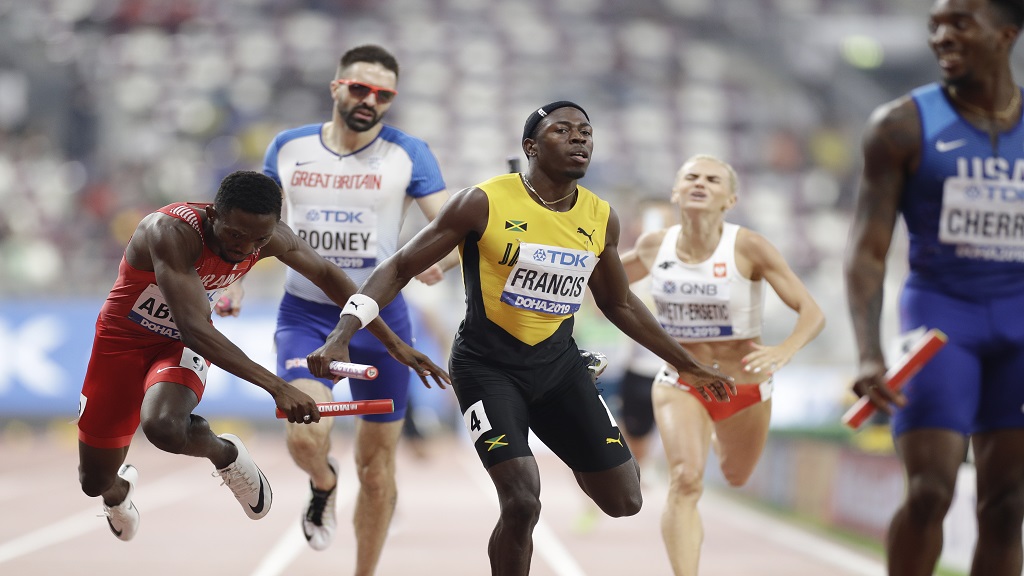 Jamaica secured the silver medal in the mixed 4x400m relay at the 2019 IAAF World Athletics Championships in Doha, Qatar on Sunday.

The quartet of Nathon Allen, Roneisha McGregor, Tiffanny James, and Javon Francis combined for 3:11.78, a national record in the event making its debut at the championships.

The United States broke the world record for the second time in as many days to win the gold medal as Michael Cherry anchored the squad to a new benchmark of 3:09.34, taking almost three seconds off the first-round performance and delivering a 12th world gold to their second leg runner, Allyson Felix.

The US had swapped their entire quartet of world record breakers from the previous day, bringing in four runners who had missed individual places but were selected for the men’s and women’s relay squads. The effort earned the team a US$100,000 world record bonus.

Francis had to survive a determined effort from Bahrain anchor leg runner to hand Jamaica the silver medal.

Poland were the only team to diverge from the man-woman-woman-man format, seeking to create a lead through male runners Wiktor Suwara and Rafal Omelka that could be maintained by their two new women runners – Iga Baumgart-Witan and Justyna Swiety-Ersetic, both members of the victorious team at last year’s European Athletics Championships in Berlin.

It was a gamble that captured the attention of the crowd, who roared their support as the slight figure of the Pole set off with seven men in pursuit.

But the gamble failed to pay off as the 30-metres lead Omelka handed to Swiety-Ersetic proved insufficient.

Cherry swept by the individual European champion halfway down the back straight, Francis of Jamaica was the next to pass, and the teams from Bahrain and Great Britain & Northern Ireland also got past her before the line.

The event, making its debut at the championships, attracted all the powerhouses.

The mixed 4x400m represents the second medal for Jamaica. On Saturday, Tajay Gayle stunned the world to win the gold medal in the men's long jump after many in Doha anticipated the coronation of rising long jump star Juan Miguel Echevarria.