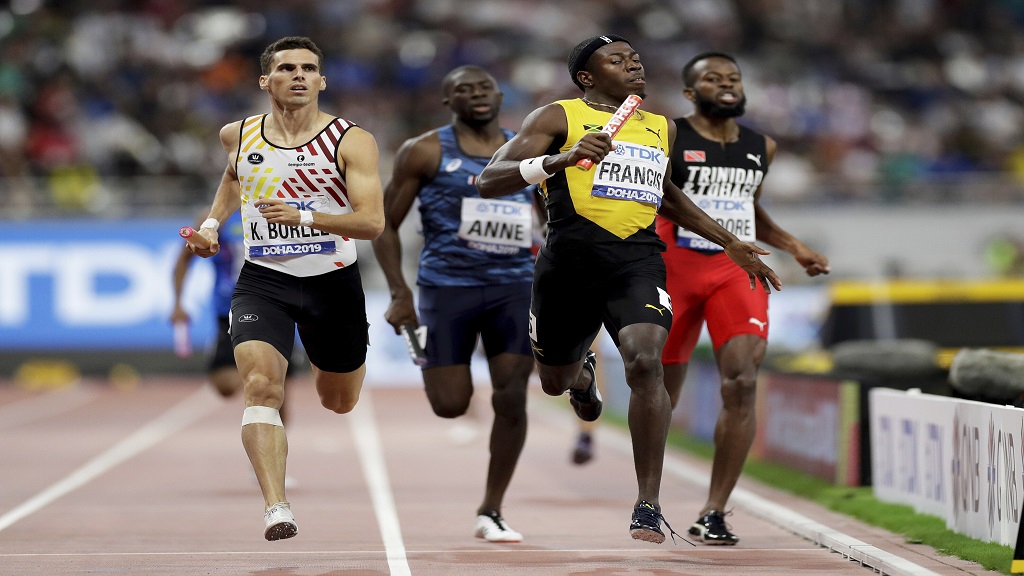 Jamaica secured a fighting victory on Saturday in their opening round heat of the men's 4x400m relay to qualify for final at the 2019 IAAF World Athletics Championships in Doha, Qatar.

The final is scheduled for Sunday at 1:30 pm Jamaica time, the final event of the 10-day Championships.

The Jamaican quartet of Akeem Bloomfield, Nathon Allen, Terry Thomas, and Jevon Francis combined for a winning time of 3:00.76, a season's best, to hold off Belgium, which finished second in 3:00.87, also a season's best.

Reigning champions Trinidad and Tobago finished third in 3:01.35 to snatch the third and final automatic qualifying spot from the heat.

Earlier in the first heat, the USA with Tyrell Richard, Vernon Norwood, Wilbert London, and Nathan Strother recovered from a messy baton exchange to post an impressive 2:59.89, which represents the fastest time heading into the final.

Colombia produced a national record 3:01.06 for second place, while Italy clocked a season's best 3:01.60 for third place and the last automatic qualifying spot from the heat.

After relinquishing their world crown at the World Championships in London to Trinidad and Tobago two years ago, the USA will be desperate to regain the title they have long viewed as their property.

In pure talent and one-lap ability, the US squad, containing the likes of Michael Norman (43.45) and Fred Kerley (43.64) – two of the seven fastest one-lap exponents in history – as well as sub-45-second performers Strother, Norwood, and Michael Cherry and Wil London, are streets ahead of the opposition.

Jamaica, the Olympic silver medallists, boast no fewer than three sub-45-second performers in 2019, and the men in green and gold could pose a strong danger to the USA in the final.