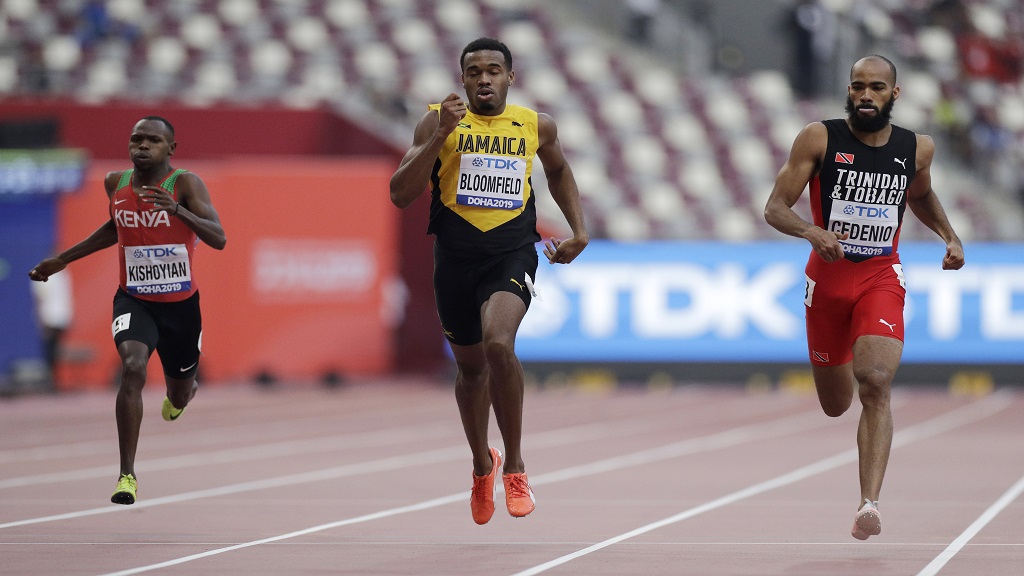 Twenty-one-year-old Jamaican talent Akeem Bloomfield has finished second in his opening round heat of the men's 400m at the 2019 World Athletics Championships in Doha, Qatar on Tuesday.

Bloomfield, who emerged on the global scene last year with a super-slick 43.94 seconds, crossed the line in 45.34 to claim an automatic qualifying spot into Wednesday's semifinals.

The 2016 Olympic fourth-place finisher Machel Cedenio of Trinidad and Tobago won the heat in 45.26 seconds, while South Africa's Thapelo Phora finished third in 45.45 to cop the last automatic qualifying spot from the heat.

McDonald, 27, could only manage fifth in heat five won by world silver medallist Steven Gardiner. The 24-year-old Bahamian, who boasts a lifetime best of 43.87 and is unbeaten over 400m for the year, clocked 45.68 for the victory. McDonald crossed the line in 46.21 seconds.

Kirani James, the 2011 world and 2012 Olympic champion, is the fastest qualifier from the heats with 44.94 seconds.  The Grenadian has been ravaged by injury over the past three seasons but a slick 44.47 clocking in early September in Andujar, Spain, in his one and only outing for the season suggests he could spring a surprise in Doha.

Fred Kerley, the man who is expected to challenge Norman, progressed smoothly from the heats with a 45.19 clocking - a second-place finish to Italy's Davide Re (45.08) in heat 3.

The US duo Norman and Kerley – two of the world’s top seven one-lap exponents in history –  could serve up one of the best head-to-head battles of the championships.

Norman produced a dazzling 43.45 clocking in Torrance in April to catapult himself to joint fourth on the world all-time standings.

However, his one loss of the season was inflicted by Kerley as the more senior athlete clinched a stunning victory by 0.15 at the US Championships in a lifetime best of 43.64.

Kerley opened his campaign with success over one lap at the IAAF Diamond League meeting in Shanghai. The 24-year-old also has superior experience to Norman, having competed at the 2017 IAAF World Championships in London, placing seventh in the final.