Djokovic sees off Tsonga to reach third round 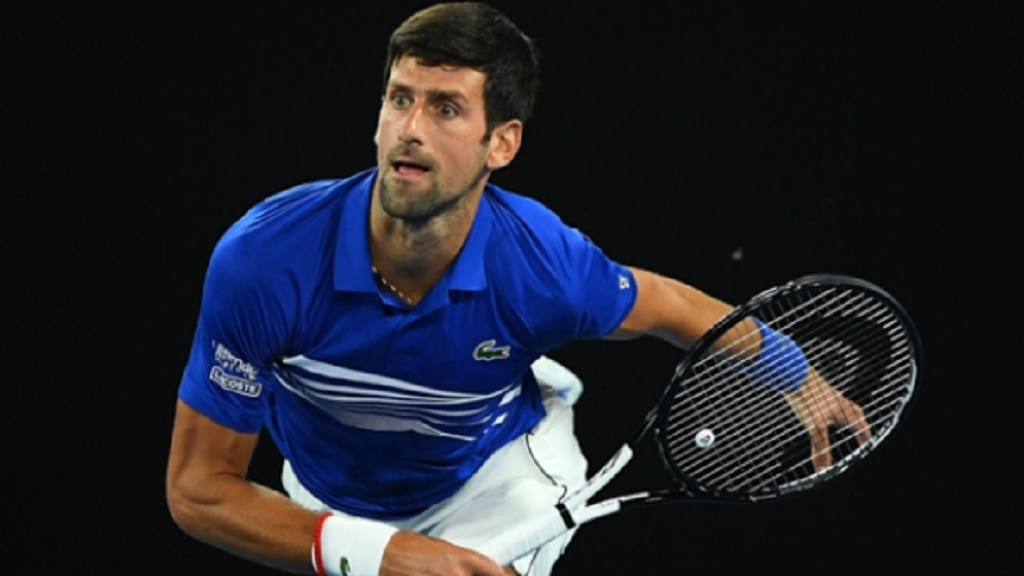 Novak Djokovic moved into the third round of the Australian Open with a battling 6-3 7-5 6-4 victory over Jo-Wilfried Tsonga on Thursday.

In an entertaining encounter, Tsonga showed glimpses of the talent that once saw him ranked fifth in the world but mixed box-office shots with silly errors as the more consistent Djokovic plugged away despite not being at his brilliant best.

The six-time champion punished Tsonga's mistakes to earn a win that sets up a meeting with Denis Shapovalov in the next round.

Djokovic looked to have hit his stride when a break to love sent him 3-1 in front, but a backhand into the left tramline in the next game handed Tsonga an instant response.

The Serbian restored his advantage in the next before a love hold snapped the match out of a run of three breaks of serve, as the 31-year-old clinched the first set.

A dispute with the umpire over a line call appeared to spur Tsonga into action midway through the second set, beating Djokovic with a tremendous lob, but he could not make the most of two break points as his opponent held for 3-3.

Djokovic moved a break up when Tsonga sent a routine volley into the net, but another wonderful lob helped the Frenchman to three break points and he converted the first as the world number one sent a forehand long.

Tsonga was the architect of his own downfall, however, as a string of unforced errors gifted Djokovic the advantage once more, and a love service game wrapped up the second set.

Djokovic opened up a 0-40 lead in the fifth game of the third and, although he allowed Tsonga to fight back to deuce, he pounced on the break opportunity when it arrived.

That proved to be the decisive moment of the set, as Djokovic gratefully served out for a win against an opponent who appeared capable of more.