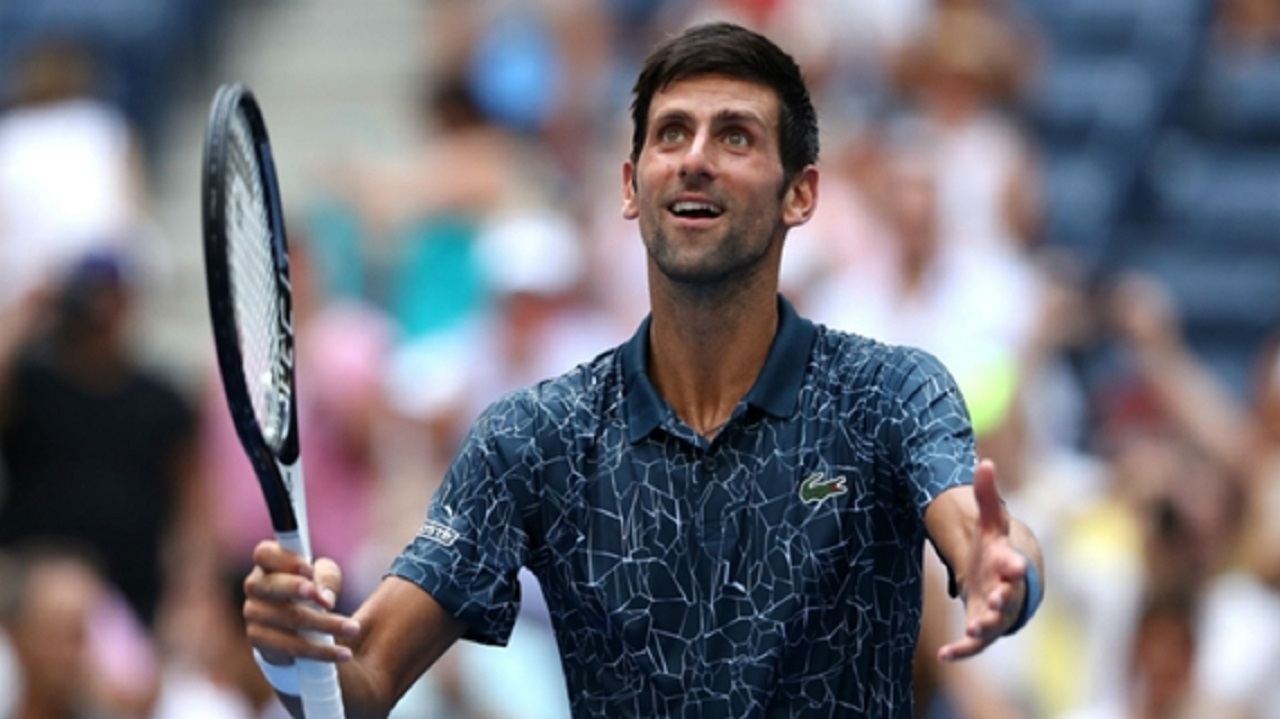 Novak Djokovic celebrates his first-round win at the US Open.

Novak Djokovic battled his way past Marton Fucsovics to reach the second round of the US Open after he appeared to be wilting in the New York heat.

The heat rule, usually only applied on the WTA Tour, was implemented for the men with temperatures soaring on a sizzling, humid day and Djokovic needed a visit from the doctor and trainer during the second set.

Djokovic pointed to his stomach and was hunched over as he toiled on Arthur Ashe Stadium, but came from a break down in the fourth set after losing the second and went on to win 6-3 3-6 6-4 6-0.

The sixth seed, who won his 13th grand slam title at Wimbledon last month before becoming the first man to pull off a clean sweep of Masters titles, had been on the ropes but showed no signs of the struggles he had endured when he returned for the fourth set after a 10-minute break.

Fucsovics also felt the strain in stifling conditions and two-time US Open champion Djokovic's quality shone through in the end after a scare.

There were no signs of the problems that were to come for the Serbian, who will face Tennys Sandgren in round two, as he won the first three games of the match.

Djokovic wrapped up the opening set with a deft backhand, but his groundstrokes lacked venom as he faded in the second, taking his frustration out on a racket which he demolished.

Fucsovics had more energy in the second, claiming the only break when Djokovic – who missed the tournament last year due to an elbow injury – drilled a forehand long following a double fault.

The Hungarian levelled it up and the shock was on when he led 3-1 in the third and had a point for a double break, with Djokovic still feeling the heat before rallying to win four games in a row and take the third set.

Both players took the option of taking a break to cool off and Djokovic looked far more comfortable as he bossed the fourth set to advance, a spent Fucsovics blasting a forehand long to crash out.