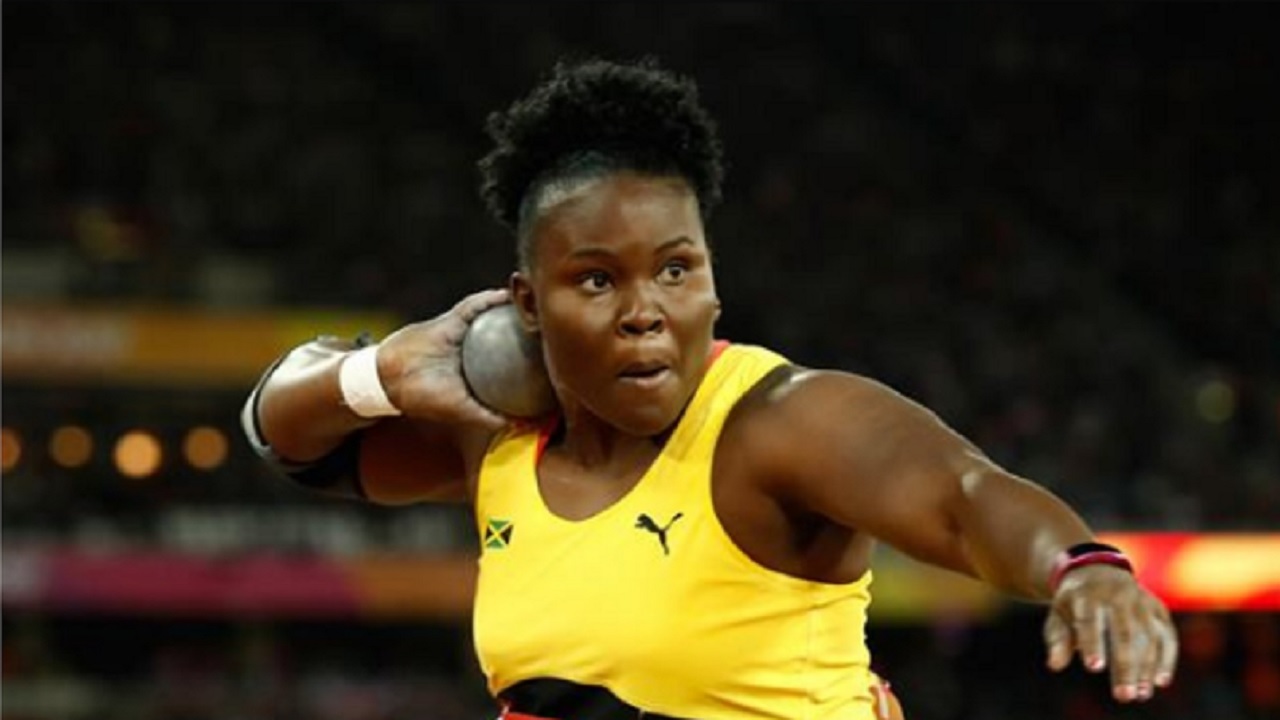 Daniel Thomas-Dodd, one of Jamaica's two medallists at the World Indoors Championships in Birmingham, England.

Jamaica suffered a disappointing end to the 2018 World Indoor Championships in Birmingham, England as the women's 4x400-metre relay team was disqualified and placed out of the race on Sunday.

Jamaica, represented by Tovea Jenkins, Janieve Russell, Anastasia Leroy and Stephenie Ann McPherson, crossed the line in second place but were soon disqualified after one of their athletes was in the incorrect order when receiving the baton. It meant that Poland claimed the silver with a national indoor record of 3:26.09.

The US quartet dominated the race as expected, flying to a championship record of 3:23.85 to secure their third straight victory.

Jamaica's disqualification represents the fourth time the country was affected by that route in Birmingham.

For McPherson it was the second time that she suffered as a result of disqualification.

The Olympic finalist had her number was taken down for a lane infringement, seconds after the 29-year-old won her semi-final heat in 52.27 seconds on Friday.

Kemoy Campbell, Jamaica's sole representative in the 3000 metres and quarter-miler Steven Gayle  in Heat 3 of the men's 400 metres were the other Jamaicans to be disqualified for lane infringements, also on Friday.

Interestingly, all five runners in that 400-metre heat were disqualified from their race.

Earlier, world outdoor bronze medallist Ronald Levy failed to qualify for the medal round of the men's 60-metre hurdles.

The 25-year-old Jamaican crashed out at the semi-final stage following a 7.62 clocking for third place in Heat 3, a time not good enough to qualify him as one of the two fastest third-place finishers.

The heat was won by Serbian-born Cypriot athlete Milan Trajkovic, who clocked a national indoor record of 7.51 seconds.

The 25-year-old European indoor champion sped to a swift 7.46 season’s best to claim the second semi-final race and to qualify for this evening’s final as the only athlete to have dipped below the 7.50 barrier.

Jamaica ended the championships with only two medals courtesy of Kimberly Williams and Daniel Thomas-Dodd.

Williams won the silver medal in the women's triple jump on Saturday with a personal best effort of 14.48 metre.

The Jamaican led until Rojas’ fifth round.

Thomas-Dodd won the first medal for Jamaica on Friday with a national indoor record throw of 19.22 metres, which handed her silver in the women's shot put.

Thomas-Dodd created history on the day by becoming the first Jamaican woman to win a global medal in a throwing event.