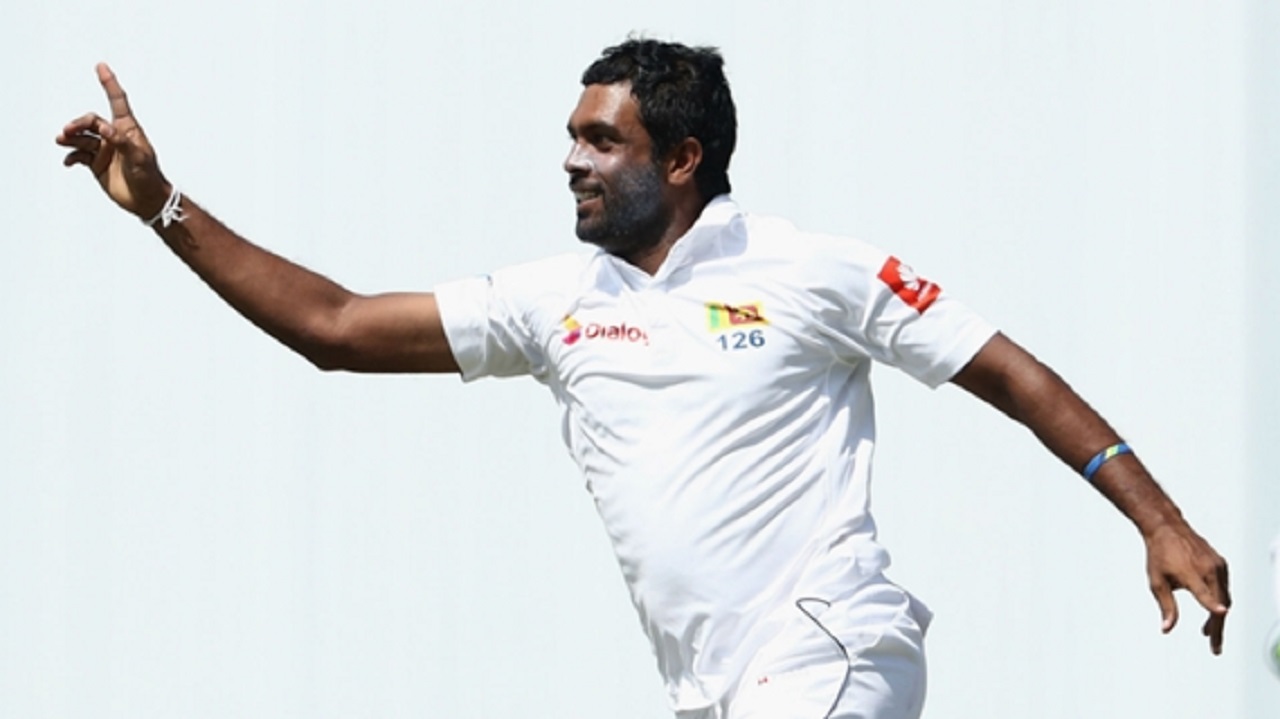 Dilruwan Perera claimed his second 10-wicket haul for Sri Lanka to secure a crushing 278-run victory in Galle as South Africa folded to their lowest Test score for 61 years on day three.

Sri Lanka were bowled out for 190 after Dale Steyn matched Shaun Pollock's Proteas record tally of 421 Test wickets on Saturday, leaving the Proteas needing 352 to win the first of two Tests.

The tourists were humiliated as they crumbled to 73 all out - the lowest score since their readmission in 1991 - after being bamboozled by Dilruwan, who claimed Test-best figures of 6-32, and Rangana Herath (3-38).

Dilruwan also finished with career-best match figures of 10-78, while Herath moved past Steyn and Pollock to go ninth on the list of all-time Test wicket-takers.

Suranga Lakmal has now won both Tests since stepping in to replace the suspended Dinesh Chandimal as captain, while South Africa must go back to the drawing board with the second Test starting in Colombo next Friday.

Kagiso Rabada (3-44) struck twice in the space of three balls to remove Niroshan Dickwella and Dilruwan after Sri Lanka resumed on 111-4.

Angelo Mathews struck Keshav Maharaj for six over extra cover, but was bowled by the spinner attempting a slog-sweep before Lakmal frustrated South Africa with an unbeaten 33.

Steyn moved level with Pollock when Lakshan Sandakan was taken by Temba Bavuma at point to end the innings late in the morning session, but South Africa were in disarray as they were still digesting their lunch.

Elgar had a rush of blood and was stumped giving Dilruwan the charge, while Hashim Amla followed without scoring, caught by Dhananjaya de Silva off the same bowler.

The same pair combined to get rid of Bavuma before Faf du Plessis was tamely caught at first slip off Herath, who had a second wicket when Aiden Markram came down the track and was stumped by Dickwella.

South Africa were 36-6 after Quinton de Kock was trapped in front trying to heave Dilruwan into the leg side and the right-arm tweaker saw the back of Maharaj to claim his five-wicket haul in the 19th over.

Vernon Philander was unbeaten on 22 when Tabraiz Shamsi was the last man to fall, lbw to Sandakan, in a pitiful Proteas innings that lasted just 28.5 overs.

Sri Lanka's Dimuth Karunaratne finished the contest with 19 more runs than South Africa, having made 158 not out and 60 in a man-of-the-match performance.