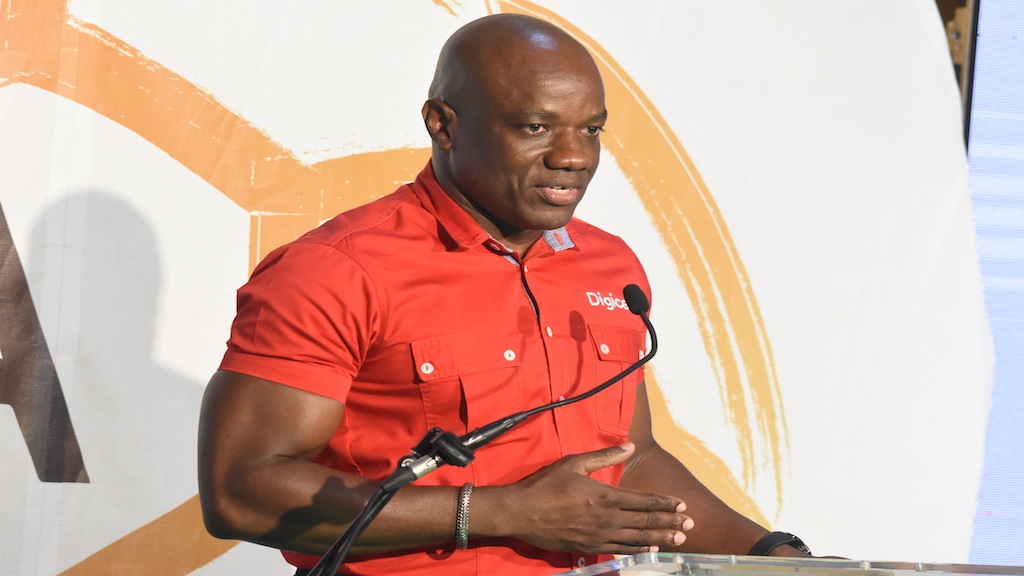 Elon Parkinson, PR & Communications Manager at Digicel, makes a presentation during the launch of the 2019 schoolboy football season on Wednesday, August 21 at the Terra Nova All Suite Hotel. (PHOTOS: Marlon Reid).

Telecommunications and entertainment provider Digicel, and manufacturing and distribution company Wisynco, are back on board as title sponsors of the ISSA Manning and daCosta Cup competitions for the 2019 season.

The season will run for three months from September 7 to December 7.

The Corporate Area Manning Cup will be contested by 44 teams in seven groups while 85 teams spread across 15 zones will battle for rural area supremacy in the daCosta Cup.

Head of Public Relations at Digicel, Elon Parkinson - who spoke at Wednesday’s official launch of the 2019 schoolboy football season - implored the footballers to bring their best game.

He was speaking against the background of the 2018 season of which Digicel and Wisynco were co-sponsors and during which seven footballers were invited for a trial stint by English Premier League outfit, Stoke City.

Parkinson noted that Norman Campbell, who played many times for Manning Cup champions Jamaica College, had been invited back by Stoke City for another trial.

“We wish him all the best and we await the outcome,” Parkinson said at the launch which was held at the Terra Nova All Suite Hotel in St Andrew.

He thanked the 2018 schoolboy ambassador and former Jamaican and Stoke City player, Ricardo Fuller, who was instrumental in getting Stoke City to invite the schoolboys for a trial run.

“Ricardo has truly brought a higher level of energy and enthusiasm to the competition,” Parkinson said as Fuller, who was in attendance, looked on. Also in attendance was President of the Jamaica Football Federation, Michael Ricketts.

Parkinson said Digicel was aiming for a “higher level of engagement, as much as the boys will bring a higher level of competition for the 2019 season.” 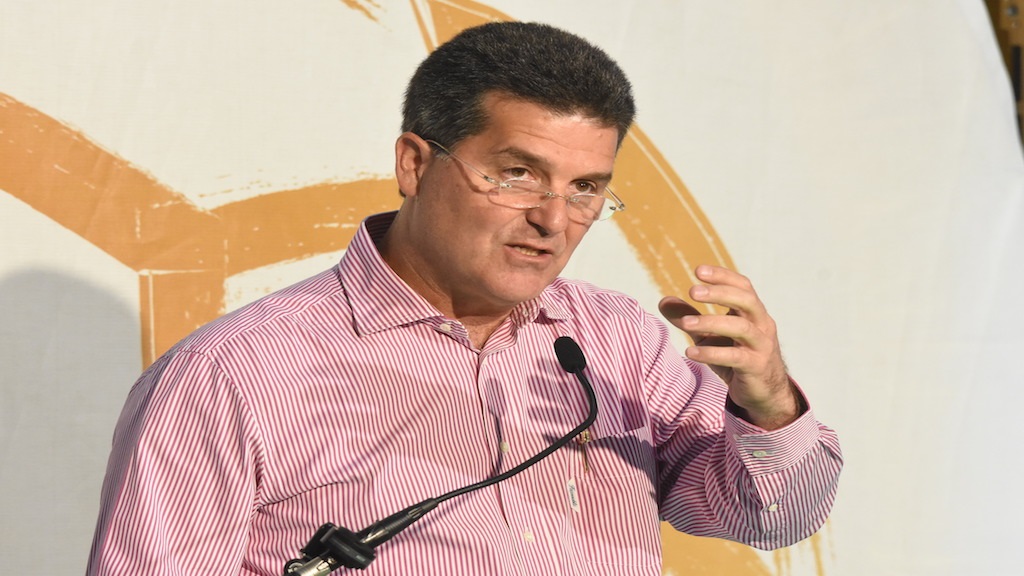 William Mahfood, CEO of Wisynco Group, speaks during the launch of the 2019 schoolboy football season on Wednesday, August 21 at the Terra Nova All Suite Hotel.

Meanwhile, Wisynco Chairman William Mahfood, who also spoke at the launch, said his company was committed to the development of the girls’ programme as well.

To this end, Mahfood revealed that Wisynco’s popular Wata brand will be involved in the girls’ programme as of January 2020.

And he said his company will be starting a series in September called ‘Wata in the locker room’ in conjunction with KLAS FM. The programme will feature a series of interviews and videos which will be shared online.

“So we look forward to interviewing the players, some of these youngsters who one day will eventually move on into international play,” said Mahfood.

He implored the footballers to “train hard, play fair, give it your best shot, and enjoy the season.”

SportsMax will be media partners and will broadcast selected matches live throughout the season.

Sportsmax CEO, Olly McIntosh added: "This is why the team at Sportsmax and at Digicel are proud to be enablers of sport in the Caribbean and a partner with ISSA for schoolboy football.

"The real joy and pride and real excitement I see at our own office comes from the fact that we've been able to produce sport, specifically high school sport and specifically schoolboy football, from Jamaica and around the region and take it around the world - exposing the world to the awesome talent we have here in Jamaica."