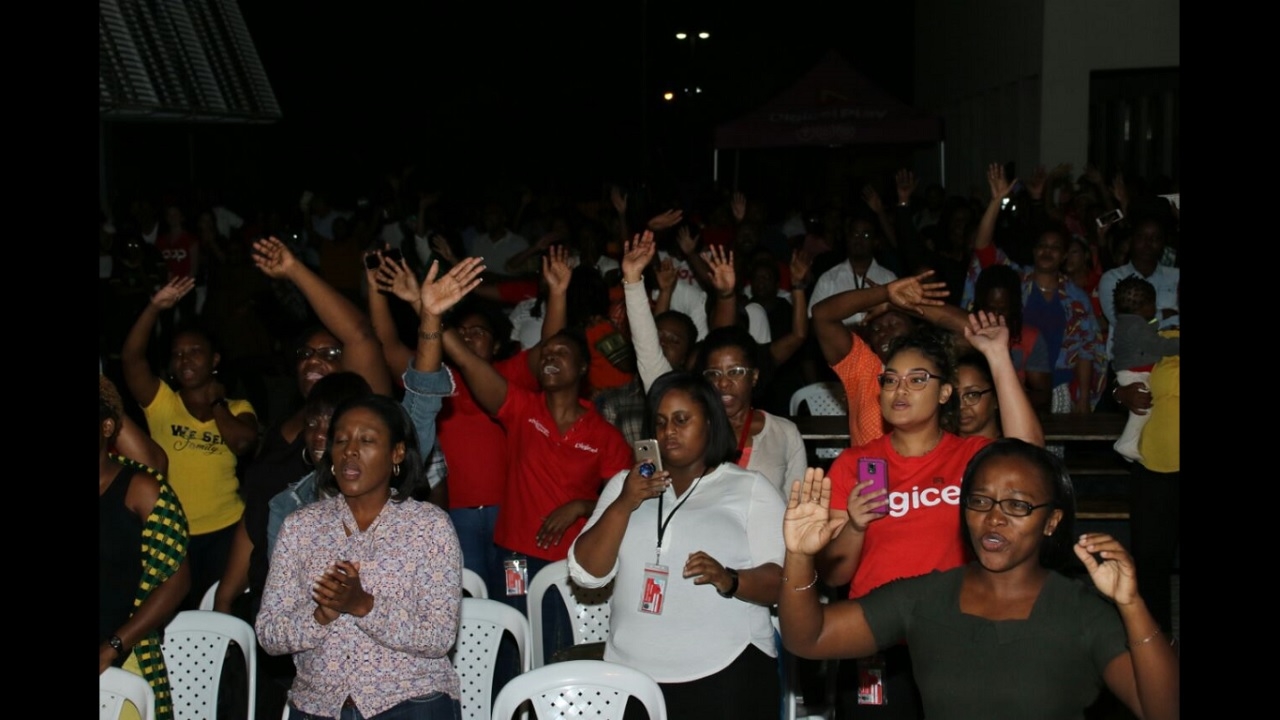 The grounds of Digicel’s headquarters on Ocean Boulevard in downtown Kingston were on Friday transformed into a centre of worship as scores of employees from the telecommunication company not only lifted their voices in high praise, but commended the organisers for the timely event.

The function dubbed the ‘Worship Experience’, got started at 5:00 p.m., and saw some of the country’s top gospel artistes coming out to spread a spiritual message that left employees and other persons in attendance spiritually transformed.

“This experience for me is more than words can express. It has left me feeling totally new. It just goes to show that God is fully in charge,” one employee told Loop News

She made the comment as one of the gospel artiste, Rondel Positive, started a spiritual fire that took the audience into a frenzy, and paved the way for other performers to also take charge.

“I can feel the presence of God in this place,” said Positive, before he delve into his mega hit ‘Keeping me alive’.

“We are on a battlefield that only God alone can lead us through," said the energetic entertainer.

He was followed closely by other performers, including Kevin Downswell, Jermaine Edwards, Nadine Blair and Perpetual Praise Group.

Bishop Christine Harber, in her message, called on Jamaicans to draw closer to God, and to allow Him to lead them to greater things. 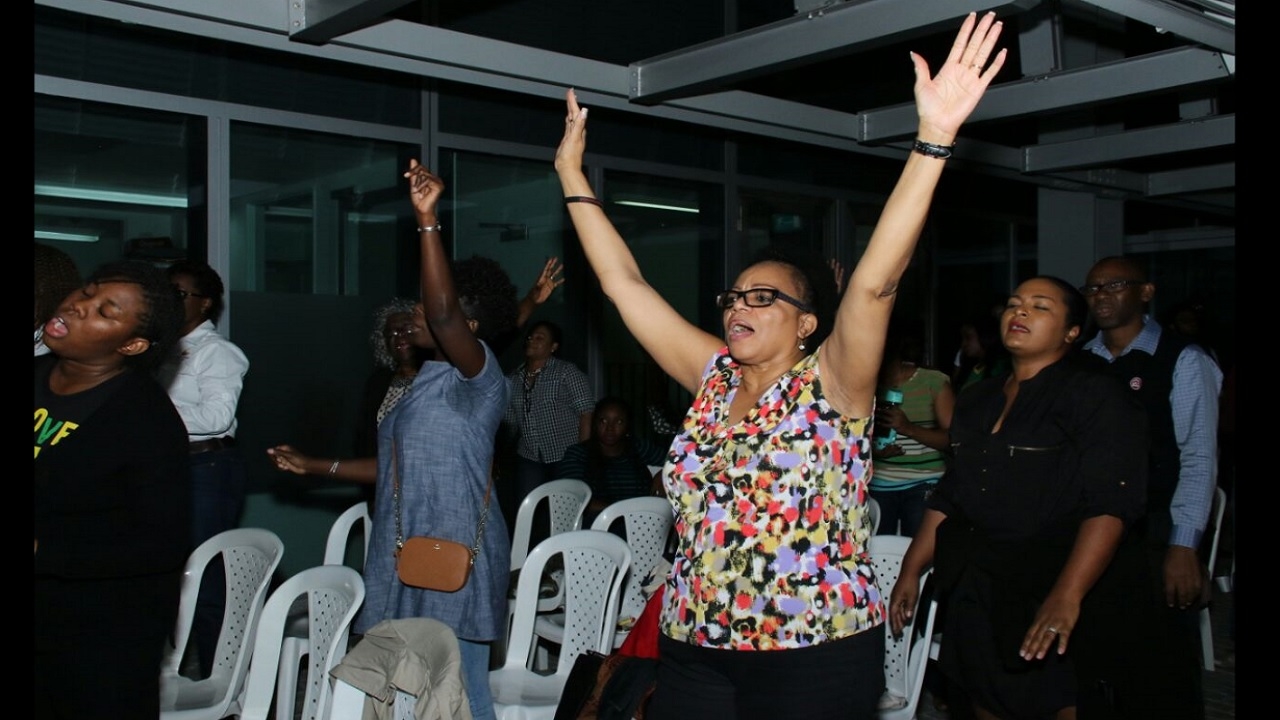 “The message for me has really forced me to think deep about what I want in my life, and I have realised that without God, nothing is possible,” said another Digicel employee.

And he was not alone.

Another employee, who identified himself only as ‘Kevin’, said not only was the message most powerful, but he felt the event was timely.

“Especially with what is happening in Jamaica, this event was really an eye-opener for me as an individual,” said Kevin.

But while the message from the gospel artistes transcended and reached many of the employees, it was the testimony from some of the employees themselves that were perhaps most touching.

One that stood out was from employee, Daveanna-Kay Best. She spoke about challenges she has had to overcome, including the residual effect of a car crash that left her 90 per cent paralysed and at the point of giving up on life.

The wheelchair-bound woman said that despite the challenges, she managed to fight her way back to life, to the point where she has managed to start university.

“With God all things are possible, and if it wasn’t for God, I would not be here today,” said Best, as she told her heart-wrenching story that left many persons in tears.

Jo-dean Hartley, human resource executive for Digicel Group, who was part of the organising team for the event, said she was impressed with the turnout.

“This is the first time that an event of such magnitude is being held (here), and based on the turnout, we (members of the organising team) are please,” Hartley told Loop News.

“Right now with everything that is happening in Jamaica, the members of the Digicel Sports and Social Club felt it necessary to have a praise and worship event.  We wanted persons in Digicel to realise that, listen, you are not alone,” said Hartley.

Hartley said members of the sports and social club collaborated with Tahnida Nunez, marketing manager for Digicel Play, to make the event possible.

Nunez in her own presentation, said she was encouraged by the level of interest that individuals showed towards the event, and she felt it was testament to the fact that God was on a mission to reach out and touch the lives of a number of individuals.