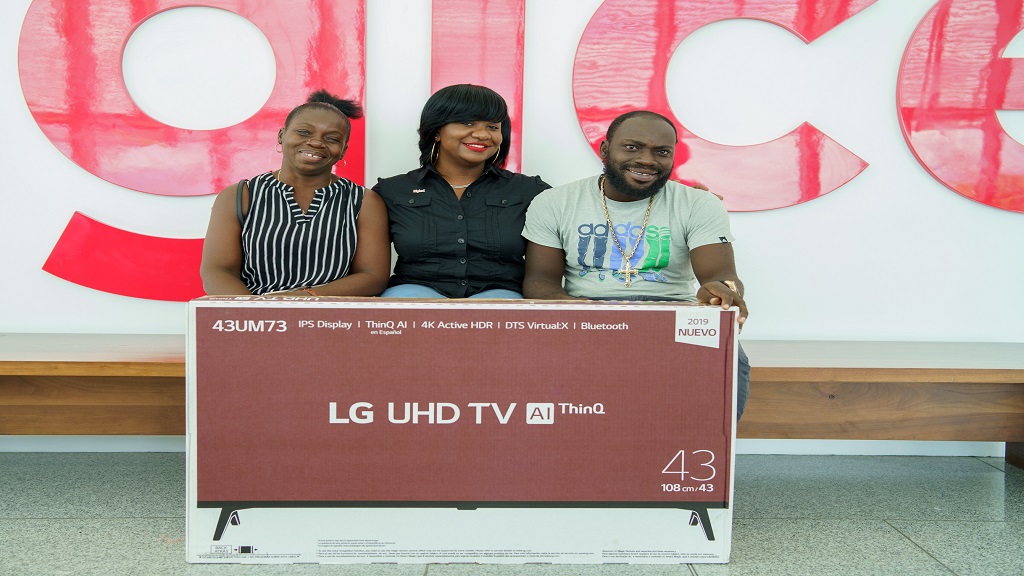 Luck struck twice for the same family when Digicel customer Devin Edwards became the second family member to win in a Digicel promotion.

Edwards walked away with a brand new 43-inch LG Ultra High-Def TV plus three months of free Home Fibre & TV service when he was randomly selected as one of the early winners in the Digicel Saucy Summa promotion.

The 38-year-old construction worker seems to have been riding the luck his relative experienced in 2017 when another family member won a 55-inch Samsung smart TV.

When Edwards arrived with his mother, Karen Barrett, at Digicel’s headquarters in downtown Kingston recently, they immediately reminisced on the joy of his relative’s win and thanked Digicel for doubling their happiness. The win comes days before Edwards celebrates his birthday.

Still, Edwards admitted that he and his mom were sceptical about whether lighting had really struck twice in the same place: “When I got the call, I didn’t believe at first since there has been a lot of scamming taking place. But now that I’m here, it really occur to me that this is real!” 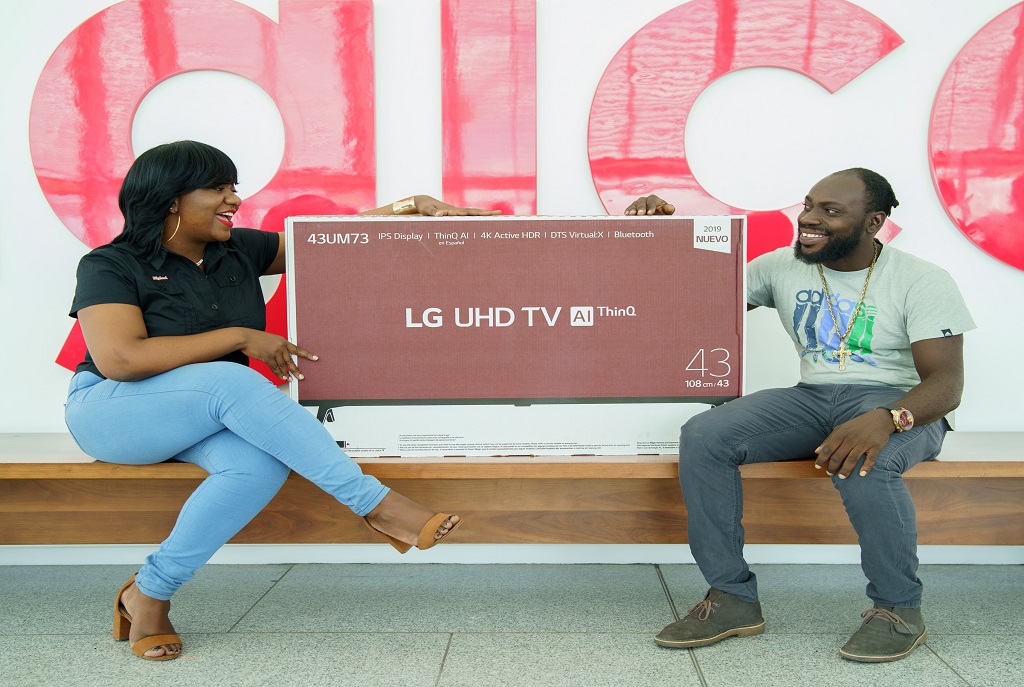 Lorie Nkrumah, Recharge Manager at Digicel Jamaica (left), congratulates Digicel customer, Devin Edwards, on being one of the weekly winners of a brand new 43-inch UHD-TV in the Digicel Saucy Summa promotion.

An elated Barrett said the family is a blessed one as she described the feeling of her son winning as, “Wonderful.” She added, “I have my Digicel SIM card from 2003 and I haven’t won anything, and to see Devin come and win something, is a good feeling.”

Edwards now joins over 700 lucky Digicel customers so far to have won prizes in the Digicel Saucy Summa promotion which runs until August 31, 2019. By then, almost 7,000 Digicel customers will be selected to win the most desired prizes this summer.

“Their story brings such a great start to this new season of winnings. We’re looking forward to even more uplifting stories as thousands more of our customers win from the daily, weekly and grand prizes all summer long. That’s why I’m encouraging everyone to enter for chances to win,” commented Lorie-Ann Nkrumah, Recharge Manager at Digicel Jamaica.

Digicel will be dishing out saucy servings of cash and other prizes all summer long: a fiery hot $2 million grand prize, a sizzling hot $1 million-dollar second prize and a $500,000 third prize.

The lineup of weekly giveaways include one winner of each of the following prizes: an LG 43-inch UHD-TV plus three months of free Home Fibre & TV service; a Samsung Galaxy S10E smartphone; a Saucy Summa luxury vacation at the S Hotel in Montego Bay; and, $300,000 cash for topping the 'Text-to-Win' competition.

To enter for many chances to win, all customer have to do is top up $300 or more, pay their Digicel bills on time and in full, purchase a new smartphone, talk for 10 minutes or more on Postpaid, sign up for new service or upgrade their existing Home or Postpaid service.

Over $20 million to be won in Digicel's Saucy Summa promotion