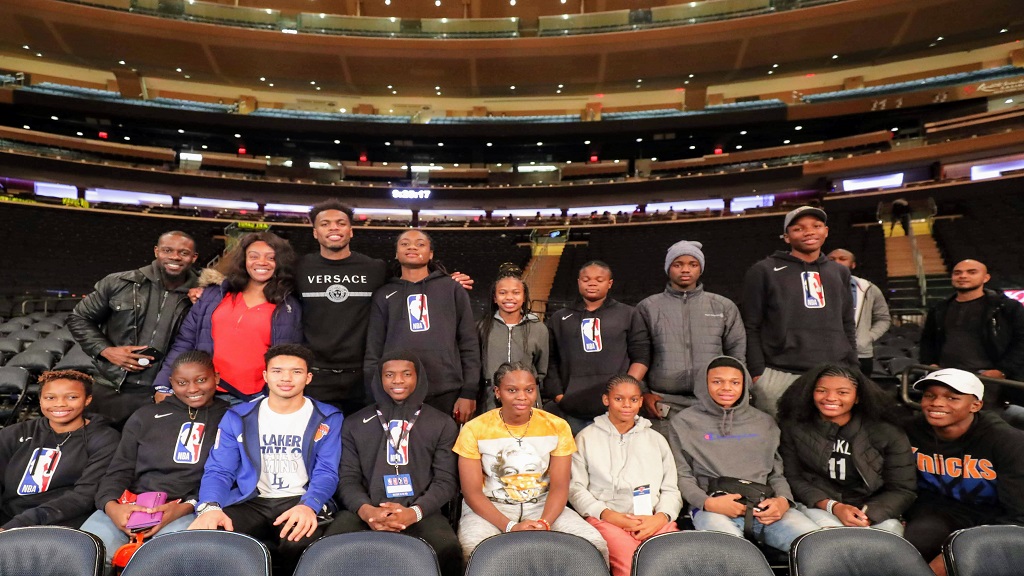 Digicel and the National Basketball Association (NBA) made dreams come true when they took 14 young basketballers from across the Caribbean to New York City for a once in a lifetime NBA experience. The players were selected from the Elite Camp held in Trinidad and Tobago over the summer, and are among the best players from their home countries.

With tours of the NBA headquarters, the NBA store and the Nike store; career and life skills sessions, two live basketball games (Brooklyn Nets vs Houston Rockets and New York Knicks vs Sacramento Kings), dinner at Jay-Z’s The 40/40 Club and a scrimmage with a local high school, the players got a taste of what the life of a pro-basketballer could be like.

Trinidad and Tobago’s Jillisa Briggs had a blast on the trip and said: “My experience with the Digicel Jumpstart New York NBA trip is one I definitely won’t forget. My favourite part was getting advice from the different people and listening to their stories about how much they made it to the NBA. I learnt that once you keep trying your best, you can be successful and reach far. I also learnt that I have what it takes, but I need to work on my confidence a bit.  I feel really proud of myself for achieving such a good experience and I’m happy to share it with my family and friends.”

Daniel Isaacs from Jamaica said: “Now, more than ever, I know I want to become an NBA player. When I took a picture beside the championship trophy, tried on the championship ring, and walked on the court in Madison Square Gardens, it made me realize that all of that can be mine just as long as I put in the work.”

In addition to the Digicel NBA Jumpstart programme, Digicel and the NBA have worked together since 2015 to deliver live games and extensive NBA programming to more than 25 Caribbean territories through SportsMax and the SportsMax app – making Digicel the Official Communications Partner of the NBA in the region.

The 2019-20 NBA season started October 22, and basketball fans can catch all the action, on-the-go, via the SportsMax app.