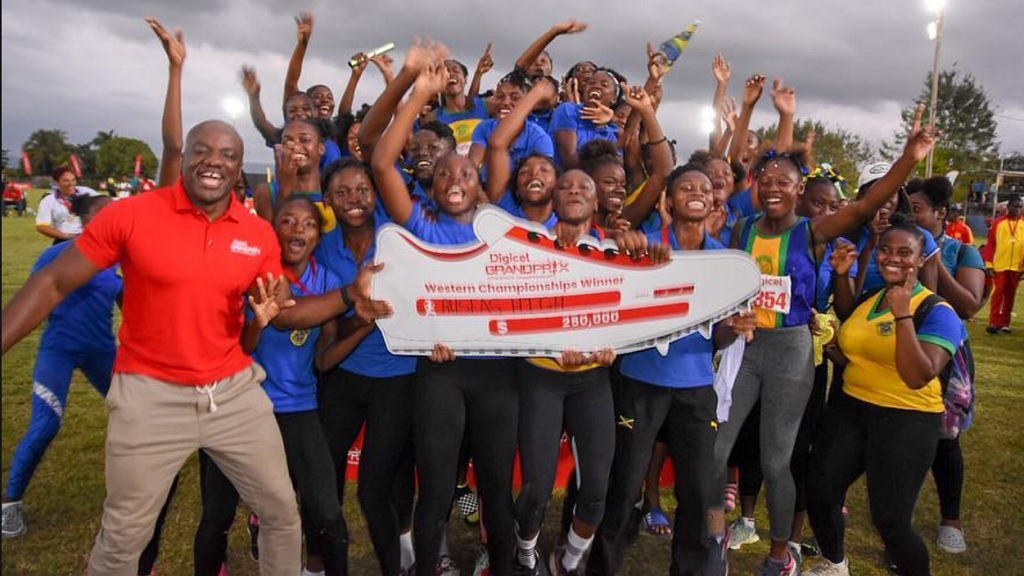 Digicel's Regional Communications Manager, Elon Parkinson (left) celebrates with athletes from Rusea's High after the schools retained its girls' title at the Digicel Western Championships, at STETHS on Saturday, February 17, 2019.

After three days of action at different venues, both schools easily won the respective titles -  STETHS winning by 130.5 points and Rusea's High by 137 for their third-straight title.

Rusea's High, which won 18 of the 44 finals including one-two finishes in six of them, compiled 411 points to top the female team scores, while Petersfield High finished second with  274 points. Rusea's 18 victories in finals include seven from the 10 Digicel Grand Prix events. 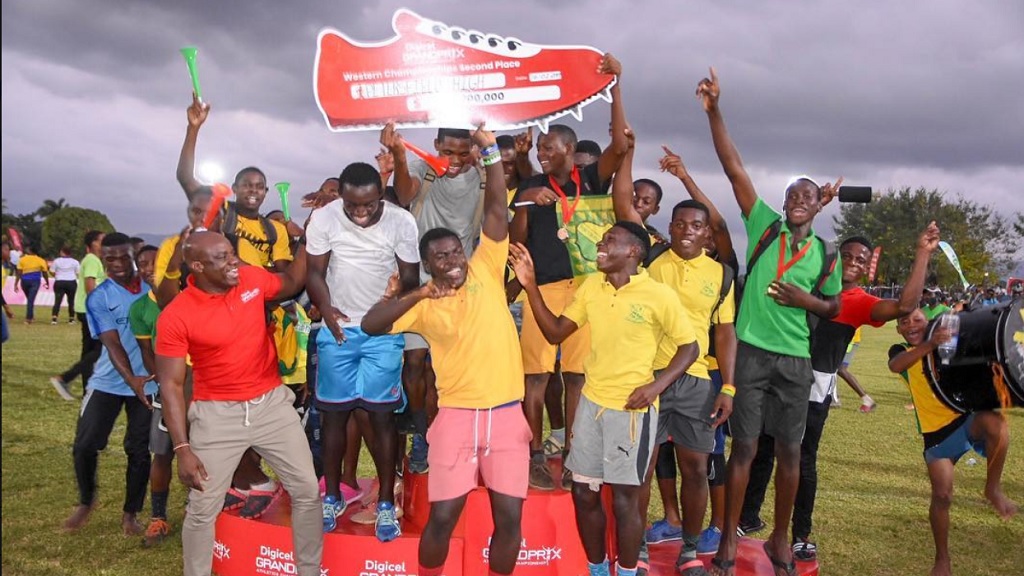 STETHS tallied 424  points to top the boys' championship.  On their way to the title, the Malvern-based school won 15 of the 50 finals, including four one-two finishes and seven of the 10 Digicel Gand Prix events. Petersfield High finished second with 293.50 for the runners-up spot again.

Digicel presented cash prizes to the top three finishers (boys and girls). STETHS and Rusea's High were each presented with  $250,000 for winning the boys and girls' titles.

Vernez Nelson (11.20) of Aberdeen High was well beaten into second place, while Britney Powell of STETHS finished third in 11.26. 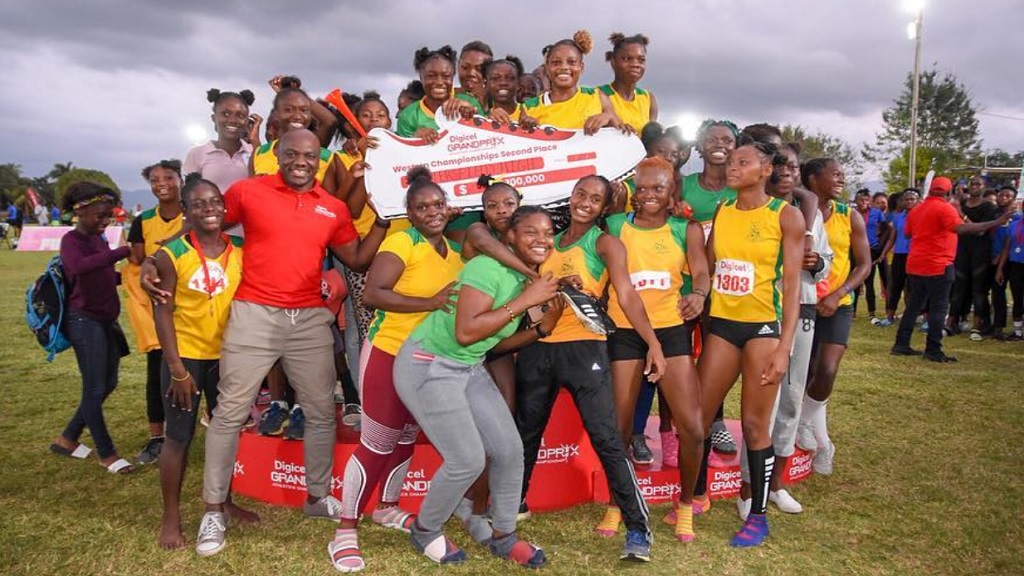 IAAF World Under-18 and Under-20 representative, Shaquena Foote of Petersfield High proved a cut above rivals on her way to record the day's other new mark in the Girls’ 400m hurdles open, a Digicel Grand Prix event.

Foote took the event in 59.95 seconds to shatter the previous record time of 1.02.67, which was also held by Winsome Harris. The STETHS hurdler set the record last year at the Montego Bay Sports Complex.

It was a 1-2 finish for Petersfield High as Hisheeno Stewart finished well behind into second place in 1:02.06 and also dipped under Winsome Harris’ previous record time. 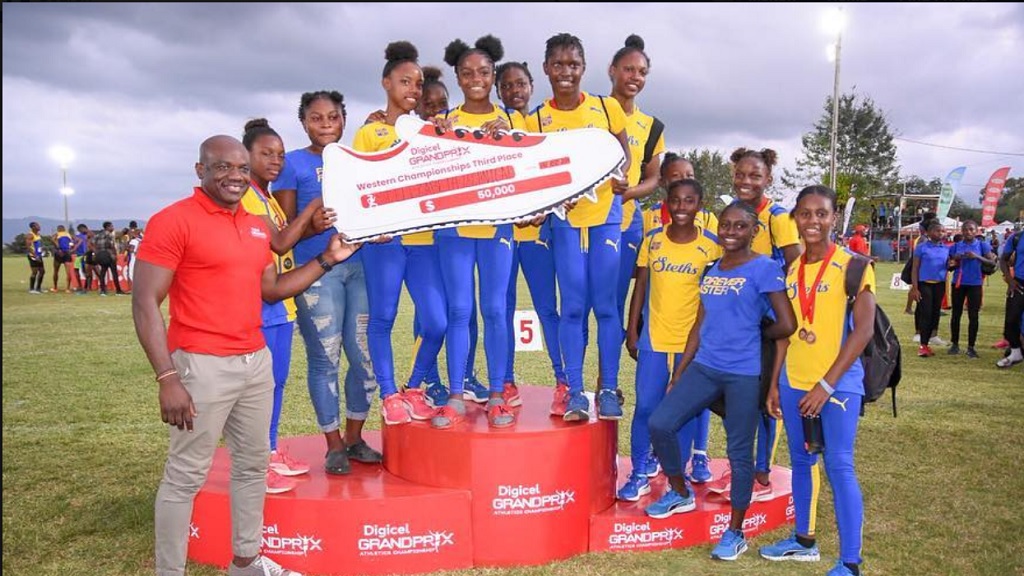 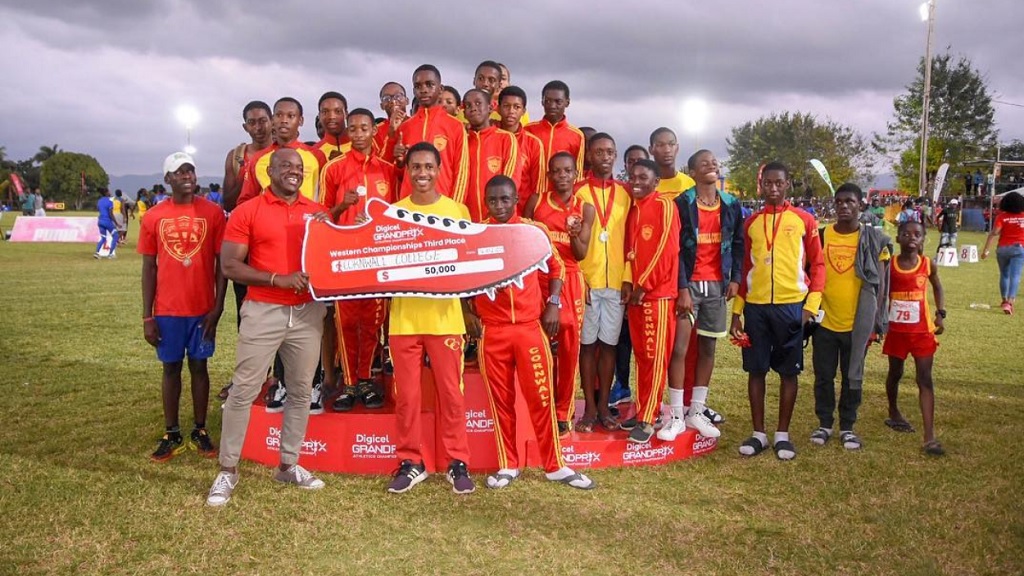 The other three regional meets are: