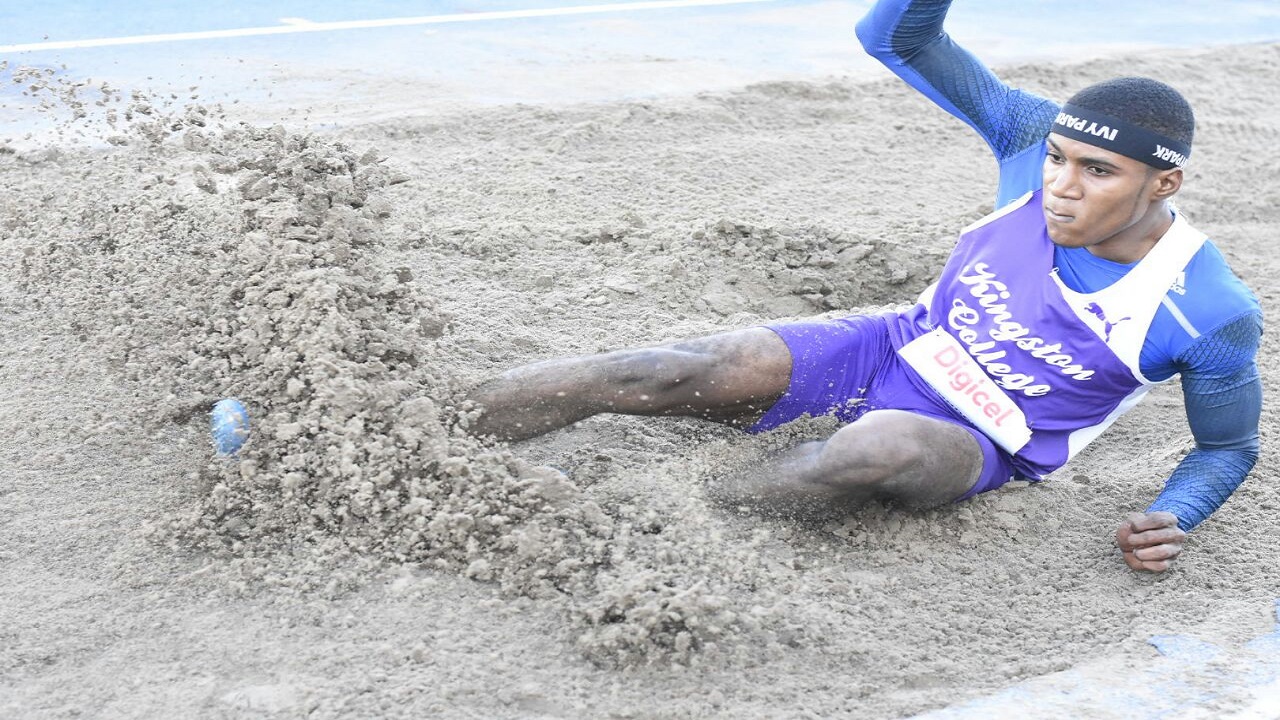 Wayne Pinnock of Kingston College (KC) turned in a big effort to erase the Boys' Under 20 long jump championship record at the Digicel Grand Prix Finale - G C Foster Classic - at the National Stadium on Saturday.

Pinnock, a first year Class 1 athlete, outclassed the field with a big effort of 7.99 metres, well ahead of the previous championship record of 7.79 seconds set by his teammate Carey McLeod.

It was a one-two finish for KC as Shacquille Lowe cut the sand with a mark of 7.35 metres for second, with third going to Daniel Bogle of Wolmer's Boys with 7.25 metres.

Calabar High had earlier had a one-two finish in the Boys' Under-17 long jump final.

And after 11 finals in the girls' section, three-time defending champion Edwin Allen are leading with 82 points, 12 ahead of Holmwood Technical with 70.