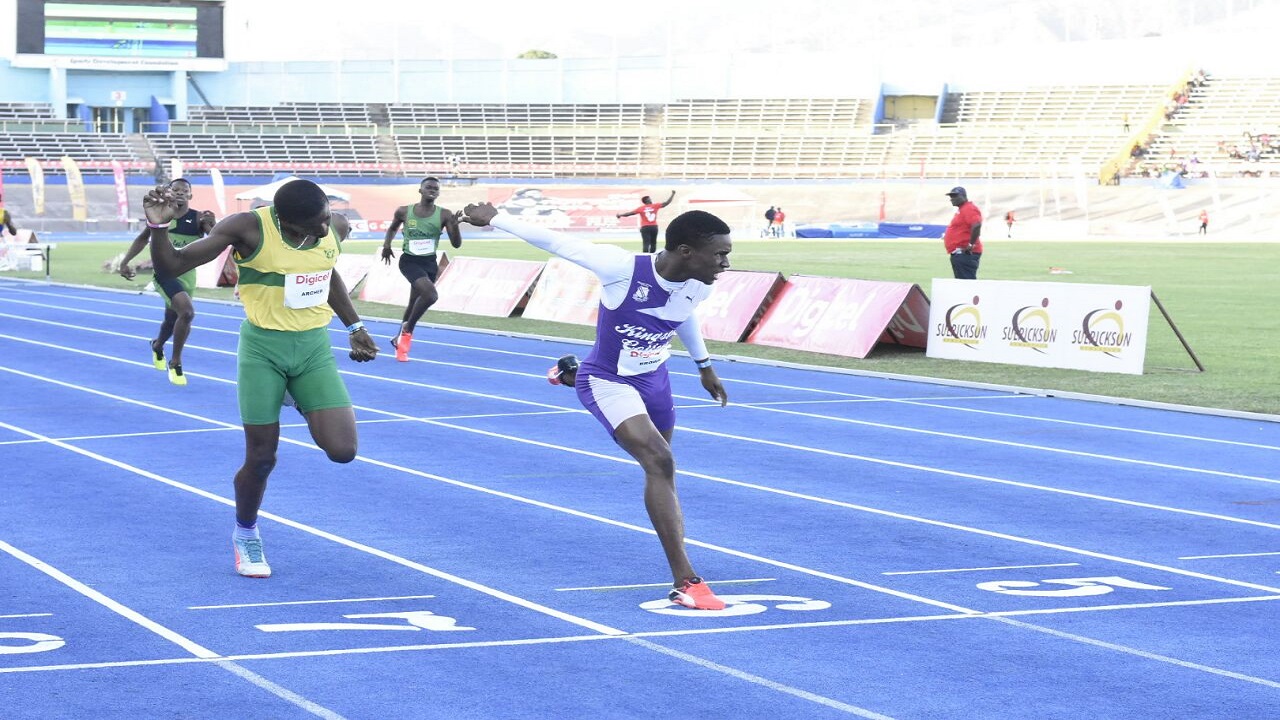 Kingston College's Santhamol Brown is concerned about his techniques after he outbattled Excelsior High's Devontie Archer to win the Boys' Under-17 400-metre hurdles title at the Digicel Grand Prix Finale - G C Foster Classic - at the National Stadium on Saturday.

Brown said he will be working hard in the next 10 days in the hope that he can get his techniques right before the ISSA/GraceKennedy Boys and Girls' Athletic Championships.

He said, "I will need to work on my techniques going into Champs. I think I am not driving up enough with my lead leg.

"But I will be working on that with my coach in the next 10 days and I think I will get it right.

Brown said his strategy going into the race on Saturday, was to run hard for the first 200 metres and then hold on for the victory.

He had to contend with Archer from the beginning of the race and managed to hit the front approaching the final flight of hurdles.

Brown crossed the line in 52.16 seconds, with Archer just behind in 52.22. The top two were well clear of third-place Andre Leslie of Calabar High.