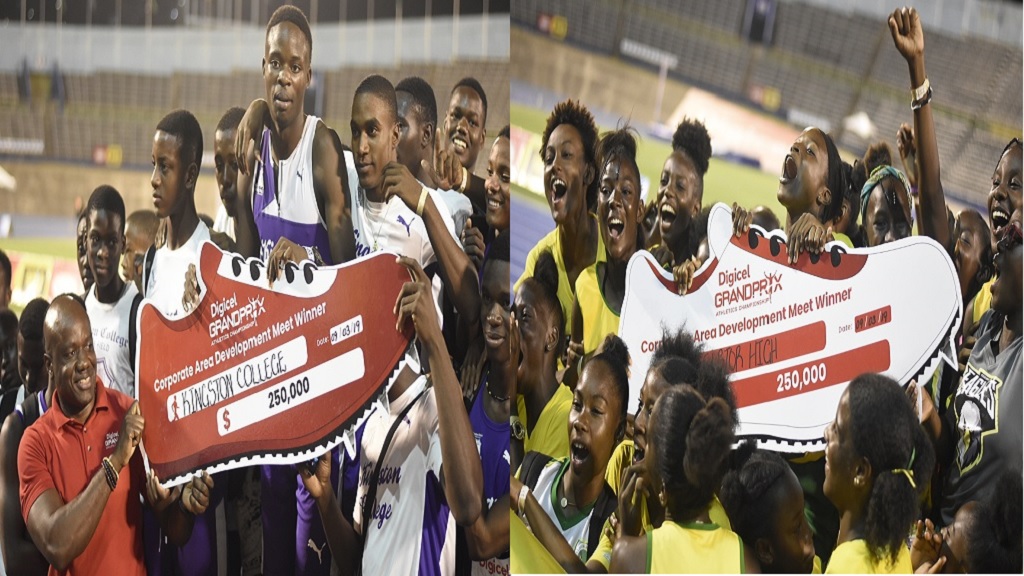 The combination of photos show athletes from Kingston College (left) and Excelsior High posing with their symbolic cheques after the schools won the boys and girls' titles at the Digicel Corporate Area Championships, at the National Stadium on Saturday, March 9, 2019. Digicel regional communications manager Elon Parkinson is at left. (PHOTOS: Marlon Reid).

Kingston College (KC) and Excelsior High easily won the boys and girls' titles at the 2019 Corporate Area Championship, the fourth and final regional meet of the Digicel Grand Prix Series, at the National Stadium on Saturday.

The two-day championship produced  38 meet records, of which 24 came on the final day, and KC featured heavily in those moments with eight records on Saturday.

In topping the male team scores,  KC in the process dethroned the 2018 champions Calabar High, while Excelsior High defended their girls’ title. 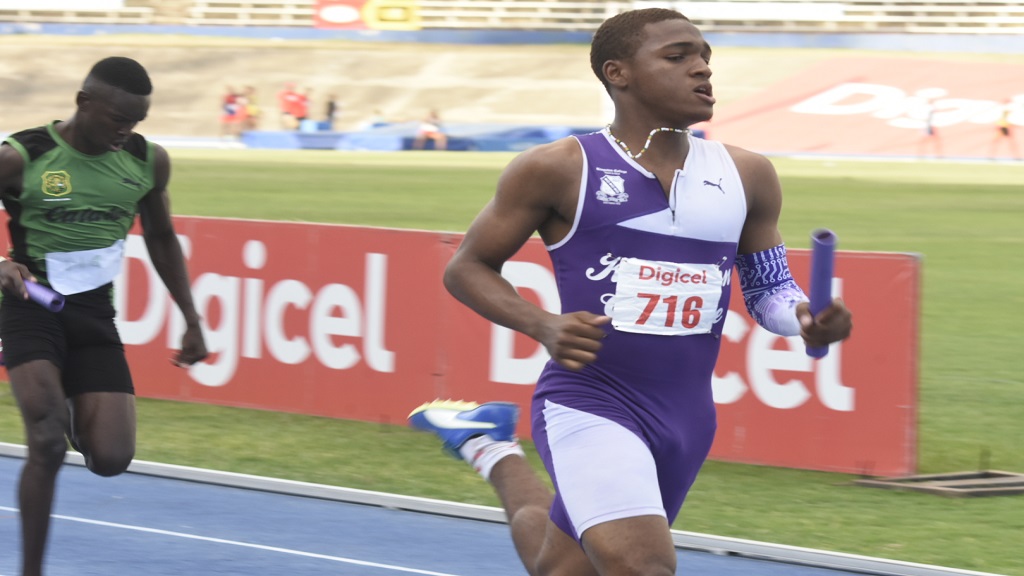 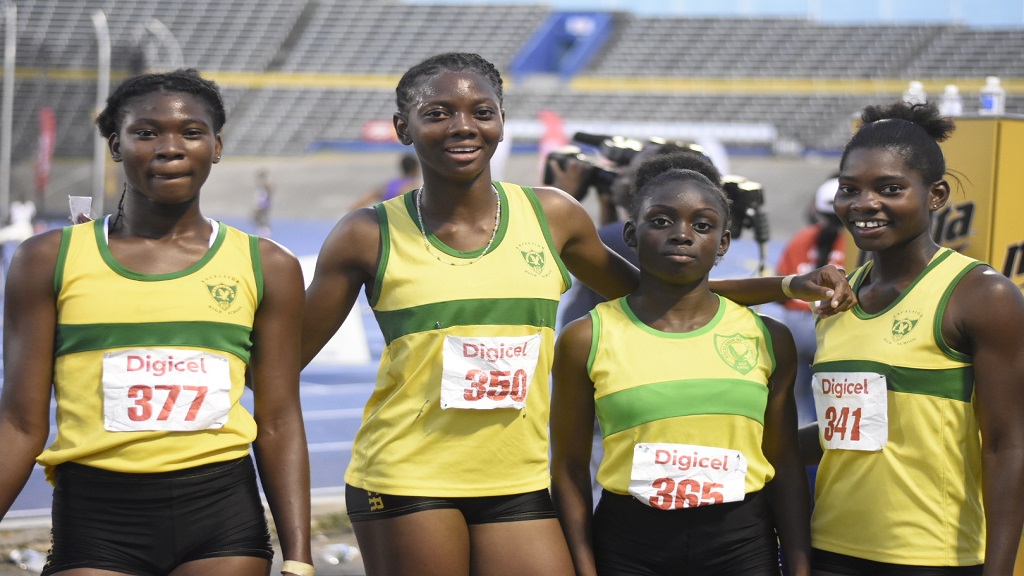 Digicel presented cash prizes to the top three finishers (boys and girls). KC and Excelsior were each presented with  $250,000.

Of KC's eight records on the day, star jumper Wayne Pinnock featured in one on his way to a double victory.

Pinnock soared over eight-metre to record 8.10m in the Boys' Class 1 long jump final but the tailwind of 2.7mps denied him the meet record. Pinnock's teammate Shacquille Lowe touched down at 7.75m (0.7 mps) for second place and the meet record. The previous meet record of 7.29m was done by schoolmate Carey McLeod in 2017.

Pinnock had earlier achieved a meet record in the Boys' sprint hurdles, an area where KC also scored heavily by winning two of the three classes.

KC also scored 16 points in the Boys’ Class 1 110m hurdles final courtesy of a 1-2 finish. That final was contested over two sections

KC’s Akeem Cargill had earlier outclassed the field in Section 1 with a 13.95-clocking to secure second place overall. JC’s Tarjmaar Miller (15.08) came home second in that section, a time which handed him fifth overall.

The North Street-based school had earlier secured 14 points in the Boys’ Class 3 100m hurdles final, which was also contested in two sections, as a result of a victory and a fourth-place finish.

Amontae Wray won Section 1 in 13.69, the fastest time over the two sections to hand KC nine points.  JC’s Jayd’n Johnson (13.86), who was well beaten by Wray, had the second fastest time overall. 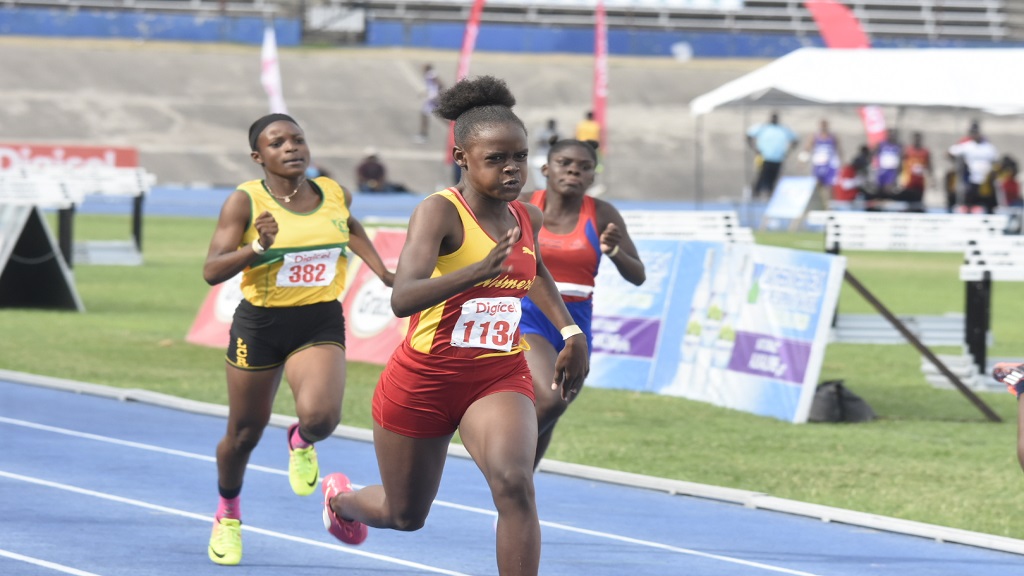 JC dominated the 100m with victory in three of the four classes, while KC secured the other title.

Christopher Scott, who shattered the Boys’ Class 3 100m meet record with an 11.13-clocking in the preliminary round on Friday, as expected won the final although clocking 11.20, well below the record time. KC’s Amontae Wray (11.59) got the better of Camperdown High’s Junior Harris (11.60) for second place.

Miller and Scott went on to complete sprint doubles later in the day.

Miller completed his sprint double with a comfortable victory in the Boys' Class 4 200m. Miller crossed the line in a new meet record of 23.33 seconds to erase the previous record of 23.62 seconds set by JC's Christopher Scott in 2018. KC's Dushawn Grant finished second in 23.51 to also better the previous meet record. 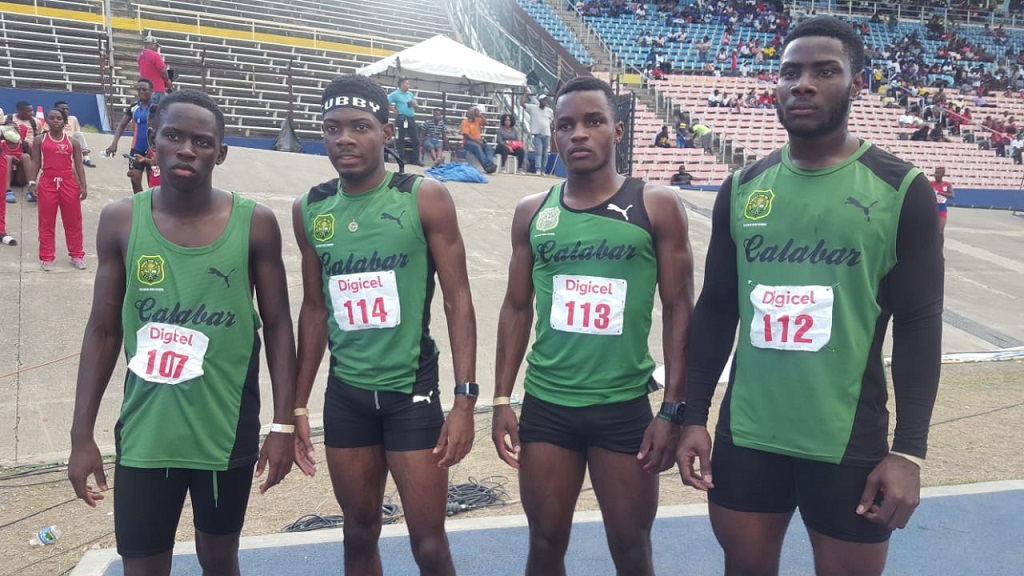 On the girls’ side, Immaculate Conception High secured 1-2 finishes in two of the four 100m classes.

Excelsior High, on their way to the girls' title, featured in three meet records on the day.

Nugent achieved the first meet record for Excelsior High on the day by taking the Girls' 400m hurdles open final in 59.80 seconds to erase the previous record of 1:03.23 set by St Andrew High's Michka-Mae Hyde in 2018. Second-place Shenell Tucker of Convent of Mercy Academy also improved on the previous meet record with 1:02.45 clocking.

Calabar High ended the championship by breaking their own meet record in the Boys' 4x400m relay open. Christopher Taylor anchored the Red Hills Road-based school home as they completed the course in 3:10.77 seconds to better their previous record of 3:14.75 done in 2017.

The night belonged to KC and Excelsior

The four regional meets act as qualifiers for the Grand Finale/GC Foster Classics.