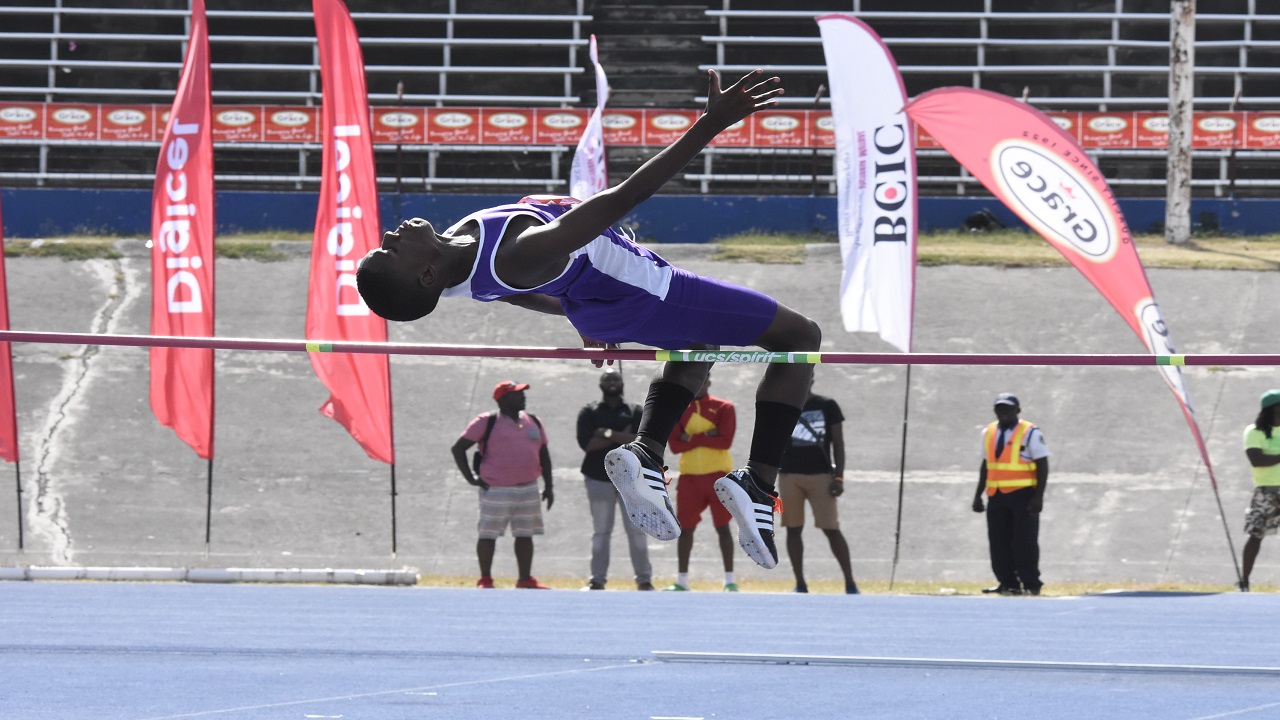 Kingston College's Christopher Seaton clears the bar to break the Boys' Class 3 high jump record on the second and final day of the Corporate Area Championships, the second regional meet of the Digicel Grand Prix Series, at the National Stadium on Friday. (PHOTO: Marlon Reid).

Eight meet records were broken in the morning session of the second and final day of the 2018 Corporate Area Championships, the second regional meet of the Digicel Grand Prix Series, on Friday at the National Stadium in Kingston.

Calabar High accounted for three of the records, including one from their star athlete Christopher Taylor, who had to dig deep to stave off a fast-finishing KC's Dashawn Chambers in the Boys' Class 1 400 metres, one of the 10 Digicel Grand Prix events.

Taylor clocked 45.84 seconds for the victory, erasing the 48.36 seconds recorded by Kemps Hill High's Marco Doodnaughtsingh in 2016.  Chambers also lowered the previous mark with a 45.93 clocking.

Malik James-King stamped his authority in the Boys' Class 1 400-metre hurdles to hand Calabar High their second record in the session. James-King won the hurdles event in 51.10 seconds to erase his own mark of 52.30 achieved in 2017. 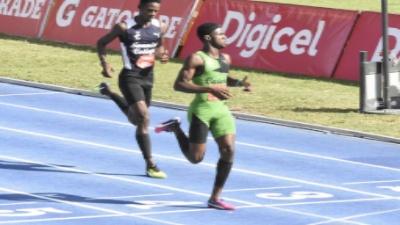 And Calabar's Evaldo Whitehorne outclassed the field to set a new record in the Boys' Class 2 400  metres in 47.41 seconds, beating Shanthamoi Brown of KC, who clocked 48.54. The previous mark was recorded by Calabar High's Anthony Carpenter, who posted 48.89.

One of KC's record came from their impressive Class 2 400-metre hurdler Shanthamoi Brown, who won the Digicel Grand Prix event in 52.66 seconds. The time erased the previous mark of 57.02 set in 2017 by KC's Davion Williams.

Dean Clarke of Calabar High finished second in 52.97, a time which also bettered the previous mark.

KC's other meet record came from Christopher Seaton, who took the Boys' Class 3 high jump with an effort of 1.80 metres, in another Digicel Grand Prix event. The effort erases  the previous meet record of 1,75 metres, which was held jointly by Devonte Bancroft (2014) and Corey Ottey (2017).

It was a one-two finish for KC with Anthony Willis clearing 1.70 metres for second place. The KC pair beat Calabar High's Xavier Codling, who cleared 1.65 metres. 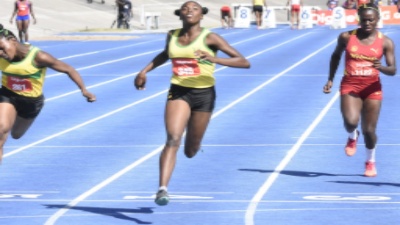 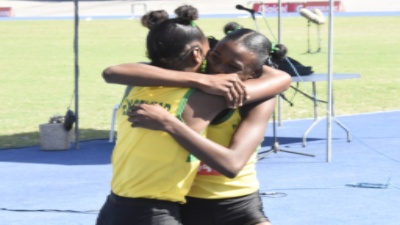