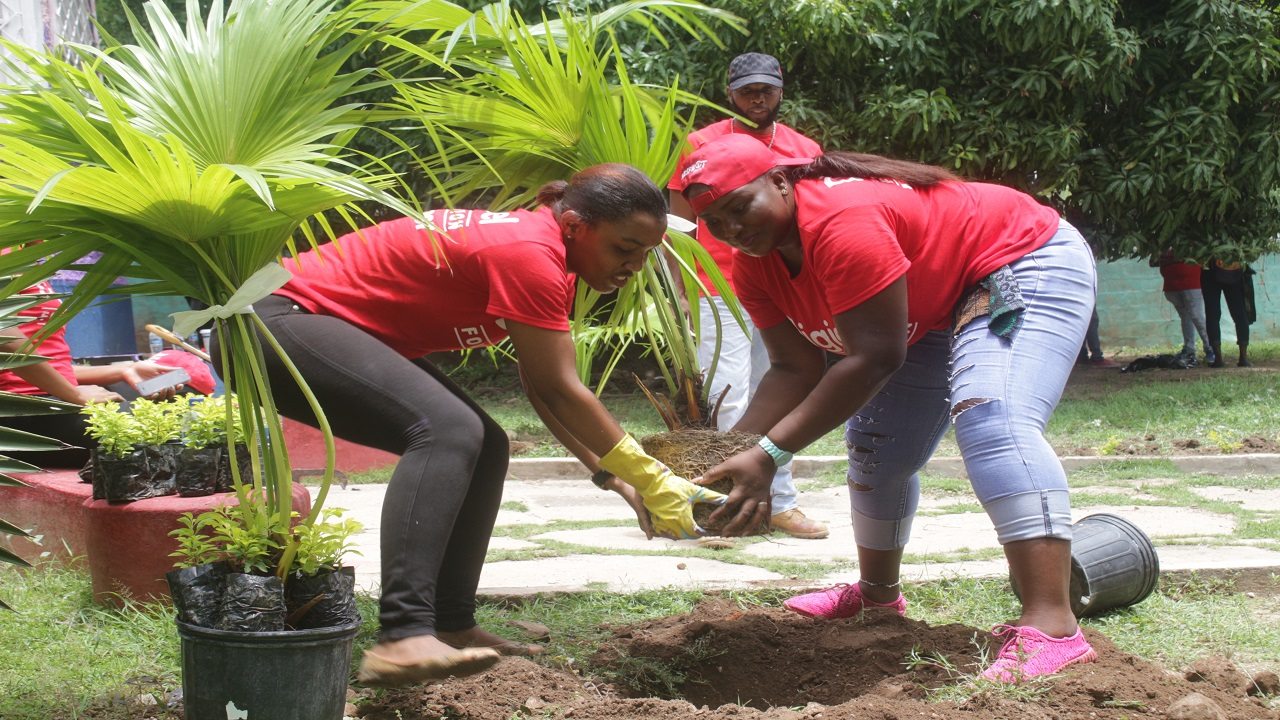 The work started as early as 8:00 am, in collaboration with staff of the Community Based Rehabilitation Project, volunteers and a few members of the community.

Among the things that were undertaken were painting, fixing windows and door jambs, as well as the building of cupboards, a first aid room and a storage room. The group also did landscaping and planted flowers.

Digicel Foundation decided to partner with the Community Based Rehabilitation Project after one of its members went there for another project and found out the work being done.

The member, however, also found out that the entity, was in need of more assistance - especially to renovate its building which was in disrepair - as state funding through the Ministry of Education and subvention from the Ministry of Social Security and Labour were not enough to even fulfill that of the children in its care.

The Community Based Rehabilitation Project’s core function is to help special needs children stay at home with their families.

According to Digicel Foundation’s chairperson, Jean Lowrie-Chin, because the body does a lot of work with special needs children, it was easy for it to get tied to this project.

She said, “It means a lot, because if we don’t look out for our most vulnerable in our society, then our society is not going to remain strong. Those of us who are stronger need to look out for those who need that kind of support.

“This (Community Based Rehabilitation Project) is a citizen initiative and the families work wholeheartedly with the citizens of Spanish Town,” Lowrie-Chin said, noting that EdgeChem provided the paints for the project.

Sandra Long-White, acting managing director of Community Based Rehabilitation Jamaica, said that she was happy for the help being received. She said the government funding only amounts to 40 per cent of the need, with the rest coming from donations and volunteers.

Long-White said that the body was formed with the merging of two entities, which used to serve 10 parishes, but because of the lack of funding, the body is now only servicing the four parishes.

Long-White said, “it will make a difference. It has lightened the place in terms of making it friendlier for our clients who come here.

“Not enough emphasis has been placed on children with disabilities and the needs of our clients and children and families with disabilities. So whenever there are persons or group of individuals or companies that realise that these children, these families need the same support as other children, and they come in and give that sort of support and make a difference in order to enhance the lives of the children, it impacts the lives of our children and families and help to develop communities,” Long-White continued.

“So we are very thankful of Digicel Foundation for selecting us this Labour Day, for the work that they have been doing and for the commitment to children with disabilities in Jamaica.”

Jamaicans urged to clean up their communities on Labour Day