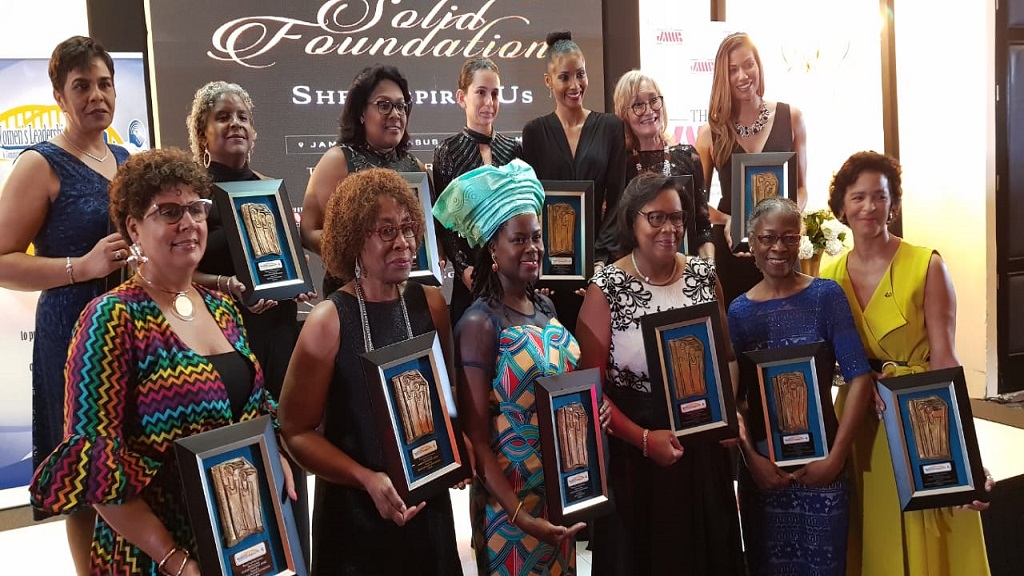 The Women Leadership Initiative (WIL), hosted its 15th anniversary awards ceremony at the Jamaica Pegasus on Thursday, March 7 under the theme ‘Solid Foundations- She Inspires Us’.

The event, which seeks to recognise the work of various foundations for their support of female led groups across the island, not only awarded these groups, but encouraged them to highlight beneficiaries they believe inspire others.

The Digicel Foundation was one of 13 foundations recognised for their service. The foundation nominated the Dallas Nature Producers from Dallas Valley in St Andrew as an inspirational group to watch.

“We identified the Dallas Nature Producers, one of our Queen’s Young Leaders (QYL) grant recipients, as one deserving of highlight. Under QYL, the Dallas Nature group received a boost to purchase needed equipment for juice manufacturing, agro-processing, and farming,” said Karlene Dawson, CEO of the Digicel Foundation.

“This group consists of a group of 30 plus women from several districts in close proximity, Dallas Castle, Hall’s Delite, Constitution Hill and Cane River, who work together in their social enterprise to provide employment, training, and needed social interventions. We are proud to support this group and are happy to give them the highlight they deserve,” she added.

Under the Queen’s Young Leaders Programme, the Digicel Foundation, through a partnership with Comic Relief, received a grant of US$1.2 million over four years to expand its work in social enterprise development. Recipients, of which there are 20, will receive a year-long tailored package of online-learning, mentoring and networking as well as grants to expand their businesses.

The WLI operates as a standing committee of the United Way of Jamaica (UWJ), and is one of several organizations established by women to promote sisterhood and the advancement of women, while contributing to nation building.

Digicel Foundation and partners push for an active Disabilities Act