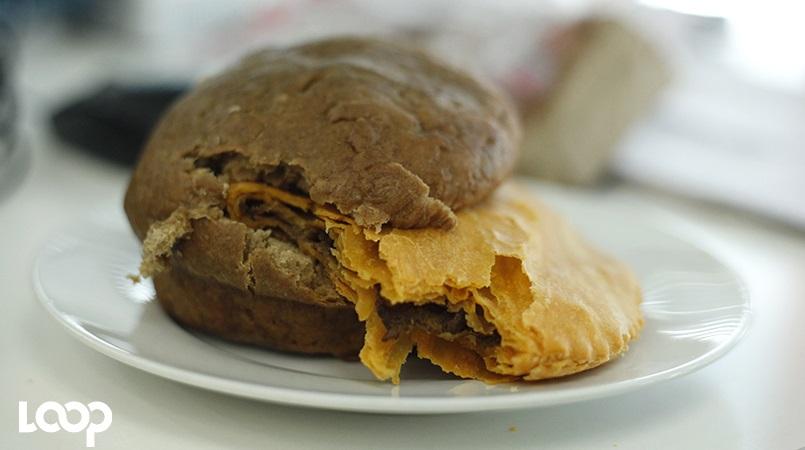 Jamaicans are known for their prowess in the kitchen and the ability to, in local parlance, ‘tun them hand and make fashion’.

Some weird combinations and concoctions have been invented and are now staples in many households. Some of these foods have lasted for decades while others are fairly new on the scene.

Here are some of those 'delicacies':

1. Bulla and pear – the bulla is a flat round cake that has been part of the local food landscape for decades. Jamaicans call the fruit avocado, pear, which is not to be confused with the pear that is common in North America and other countries. During the avocado season, many Jamaicans sink their teeth into this popular delicacy.

2. Chicken foot in stew peas – chicken feet have been cooked in Jamaica in a variety of ways including stewed, curried and in soup.

4. Bustamante backbone – another confectionary made from coconuts and molasses.

5. Crackers and cereal – known as the Poor Man’s flakes, the crackers are used as a supplement when one is low on cereal

6. Fish back – an alternative to chicken back made popular by Prime Minister Andrew Holness when he was leader of the opposition.

7. Pear in soup - Put diced avocado in soup to make it creamy and nice

8. Ackee and chicken back – a delicious variety of preparing the national fruit.

9. Ackee and calaloo – another ackee variety.

10. Ackee and butter beans – self explanatory

11. Ackee and red herring or salt mackerel – yet another ackee spinoff

13. Sprat and bread – the sprat is a small fish that is prepared with onions pepper and vinegar and is often served at wakes.

14. Saltfish and susumber – the susumber, known as the gully bean is a highly nutritious fruit which goes well with codfish.

15. Turned cornmeal – now widely regarded as dog food, this delicacy is still consumed by many Jamaicans.

17. Bun and Patty – This is widely consumed by Jamaican students at lunch time and is a very filling meal.

18. Fish and bun – most often eaten during the Easter season.

20. Tin sausage juice - Believe it or not, many kids enjoy drinking the broth in a vienna sausage can

23. Mangoes with salt and pepper – a half ripe mango (called turn by locals) is consumed with salt and black pepper or hot pepper and is enjoyed by Jamaicans of all ages.

24. Sky juice – This is the Jamaican variety of the snow cone which is basically shaved ice, syrup and water in a plastic bag.

25. Dumpling and butter - Many Jamaicans love to eat boiled dumplings with butter

26. Coconut jelly or trash with sugar - Many of us used to love this combination as kids

27. Patty and Ketchup - Another very weird one

28. Asham – A sweetened powder made from corn.

12 must-have snacks for visitors to Jamaica