Did it take police order to get mom of now deceased children home? 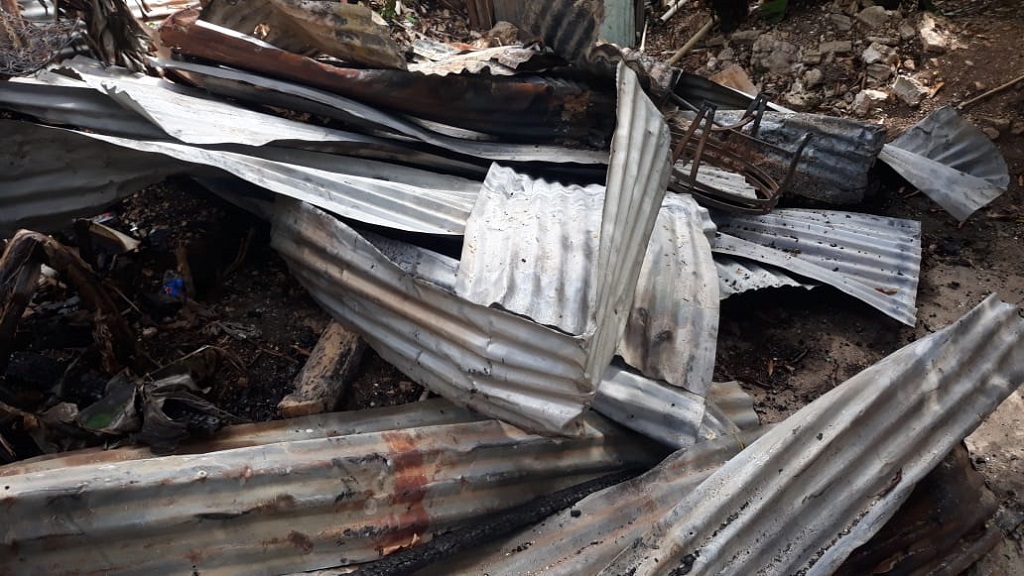 The remains of a one-bedroom board house in which two young children perished in Norwood, St James late on Friday night.

Up to late Sunday evening, the 28-year-old mother whose two sons perished in Friday night's fire that destroyed the one-bedroom board house in which they lived in St James, remained in police custody.

Her one-year-old daughter, who lost her twin brother in the fire, also suffered burns, and has since been hospitalised.

The deceased have been identified as eight-year-old Javinci Palmer and one-year-old Tyler McLeod, both of Bond Street, Norwood, St James.

The fire reportedly started at about 11.30 pm after the mother left her two sons and two daughters on their own.

The fire brigade was summoned and upon their arrival, cooling down operations were carried out.

During a search of the rubble, the charred remains of the two children were found.

The fire brigade and the police are investigating the incident.

Reports are that before the fire started, the mother was seen by members of a police patrol team along a roadway. She was instructed to proceed home as per the lockdown requirements under the existing state of emergency (SOE) in the parish.

She complied, and the police continued on their patrol.

Sometime after that, the same police patrol team was alerted to the scene of the fire, and on their arrival, it was discovered that the 28-year-old woman who had been ordered off the road, was the mother of the young fire victims.

She was subsequently taken into custody for questioning.

PHOTOS: Teen's goal to be a psychiatrist made harder by home fire