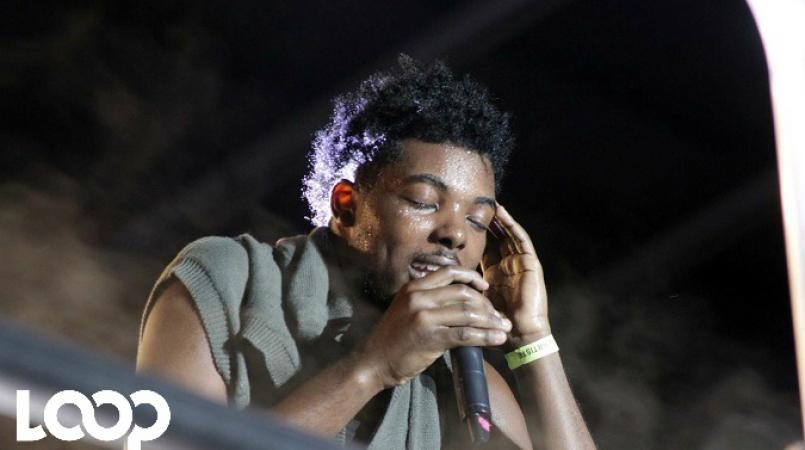 Former Magnum King of the Dancehall winner Devin Di Dakta has become the first winner from the televised competition to enter the Billboard charts.

Devin is featured on the track Oh Devil by California band Electric Guest.  The song enters the Billboard Hot Rock Songs chart at number 47. It was released by Downtown Records.

In a media release, Devin spoke about his latest accomplishment.

"Making the billboard chart is a great accomplishment that I'm thankful for. I’m feeling excited right now," he said.

The collaboration came about after an A&R from the California-based Downtown Records reached out to Devin’s management after watching YouTube clips of his performance during the Magnum King of the Dancehall competition.

"They reached out to us about the feature on the song after they saw my work on the internet and fell in love my musical style," Devin said.

Tamika West, Marketing Manager, J Wray & Nephew Ltd, title sponsor for the Magnum King of the Dancehall competition, hailed the feat as a win for both Devin and dancehall.

“Devin cracking the Billboard Hot Rock Song chart with this collaboration is one more way that dancehall culture has broken through the glass ceiling of popular international music," West said, adding "We are extremely proud of Devin’s accomplishment, especially following his Grammy nomination this year.  We are happy to support his career from Magnum Kings & Queens to the Grammy’s and now to the Billboard Charts."

She added ‘It’s amazing that a local television show such as Magnum can be seen internationally as a platform to discover new talent’.

Devin is currently promoting the song Beautiful and is set to release another single Get Hot. Videos for both songs are to be completed shortly.

He is also booked for Reggae Sumfest Dancehall Night.

"The Sumfest fans can look out for a more mature set from me. Lots of lyrics and energy as usual," he said.

REDEMPTION LIVE 2017: Devin Di Dakta scores with own flavour on 'Get Up Stand Up'