High Commissioner of the United Kingdom to Jamaica, Asif Ahmad (second left) and Tourism Minister Edmund Bartlett (left) joined Caribbean Airlines (CAL) the airline’s board director Zachary Harding (centre); Dionne Ligoure (right), head of corporate communications at CAL and other members of the CAL team at the launch of the airline’s service between Kingston and Grand Cayman. (Photo: Marlon Reid)

Caribbean Airlines (CAL) is expected to begin operating its service between Jamaica and Cuba early next year.

The airline had earlier advertised a November 6 start date for a twice-weekly, non-stop service between the two countries. However, the date was pushed back.

Speaking with Loop News on Tuesday, board director of CAL, Zachary Harding said the airline was awaiting additional approvals to begin the new route.

“Anytime we have a new flight we always project start date. But as you progress, there is so much paperwork that has to be done in the meantime,” Harding said.

The CAL board director said delay with the Cuba route is “nothing to be alarmed about” and that the airline remains keen on offering the service, which he said would begin early next year. 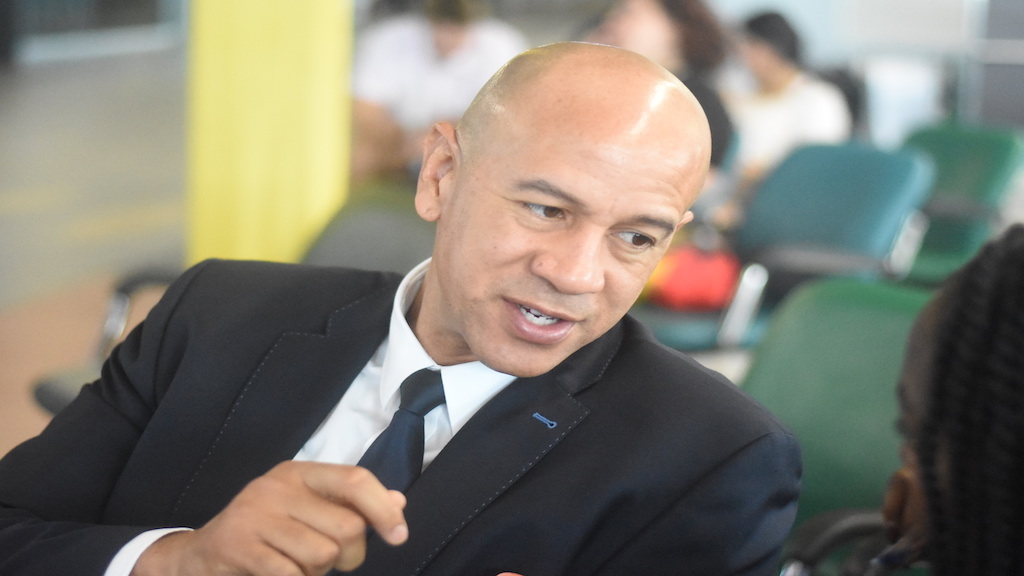 In the meantime, CAL is expecting a strong take-up of its new service between Kingston and Grand Cayman, which was launched on Tuesday.

Harding said the strong ties between the Cayman Islands and Jamaica made the decision by CAL to launch the service an easy one.

“There is significant interest among Caribbean entrepreneurs to develop and strengthen commercial relations with Grand Cayman and as such, there is great potential and opportunity for increased trade and tourism," Harding said in his remarks ahead of the inaugural flight from Kingston to Grand Cayman on Tuesday.

He added: "The Caribbean Airlines schedule for this flight was developed to facilitate easy connections to and from other Caribbean destinations to the Cayman Islands."

“You have a lot of persons who fly into Cayman who want to access other routes internationally and the fastest way is to come over to Jamaica and then go from Jamaica to other destinations because we have more interconnectivity globally,” Harding said.

“The airline is doing well, we are profitable, we have a very good management team, a very good board in place and we remain focused on increasing that profitability,” Harding said.

WATCH: CAL celebrates its inaugural flight between Jamaica and Cayman