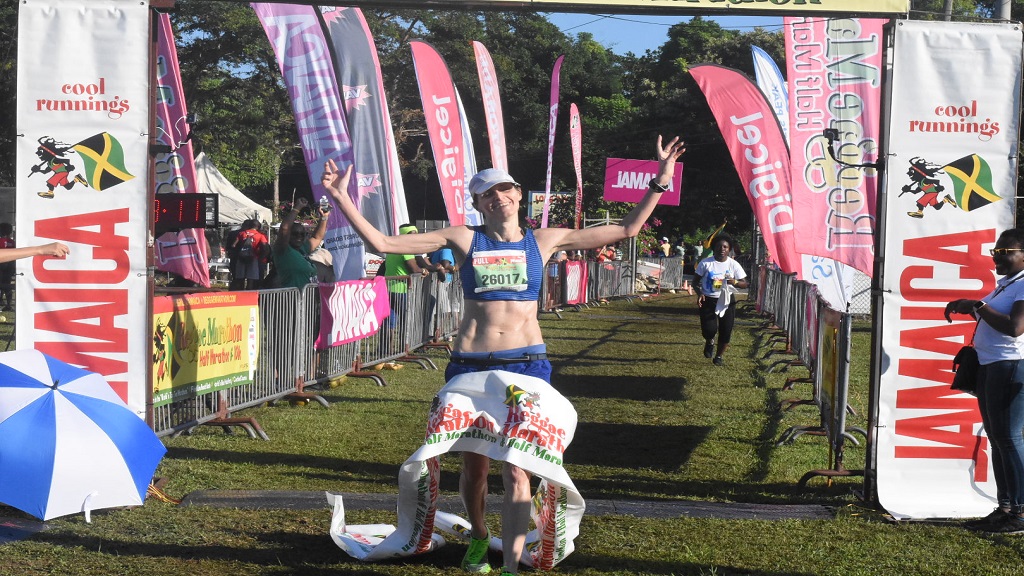 It was hot. That was the constant cry of Reggae Marathon winners Daichi Hosoda of Japan and Rosamund Ponder of England on Sunday morning after they captured the respective men's and women's event.

Other winners and the contestants from overseas also complained about the heat, but most said they would journey back to the land of reggae legend, Bob Marley, and sprinting sensation, Usain Bolt, for another go at the 26.2-mile event.

Both Hosoda and Ponder participated in their first ever Reggae Marathon, but being from cooler climates, believed the heat had a major role in their performance, albeit their success.

Speaking through Jamaican interpreter, Gregory Gordon, Hosoda said "the beginning of the race was pretty cool, but as the heat picked up, it was a bit tough.

"It is a beautiful course, and I was hoping to produce a pretty fast time, but starting out so early in the morning and then the heat towards the last bit of the race made it pretty challenging, even though the race was fast," he said.

Ponder shared some of the same sentiments. "The race was hard work because I am not used to this heat, but the atmosphere was amazing. The first half was really fun, but the second half was hard.

"It is a long, long run. It keeps on going and you are wondering when it is going to end, as it keeps on going. It is a lot hotter than most of the marathons I have participated in, but more fun than some of the others I have done," the Englishwoman said.

Again, the heat remained the theme with the other overseas sectional winner, Franzika Fallman of Germany, who won the women's Half Marathon, although she also expressed delight with the atmosphere of the Reggae Marathon.

First-time visitor to Jamaica, Fallman said: "It was like a party, as the music was great. A little bit hot too when the sun comes out, but I enjoyed it very much. 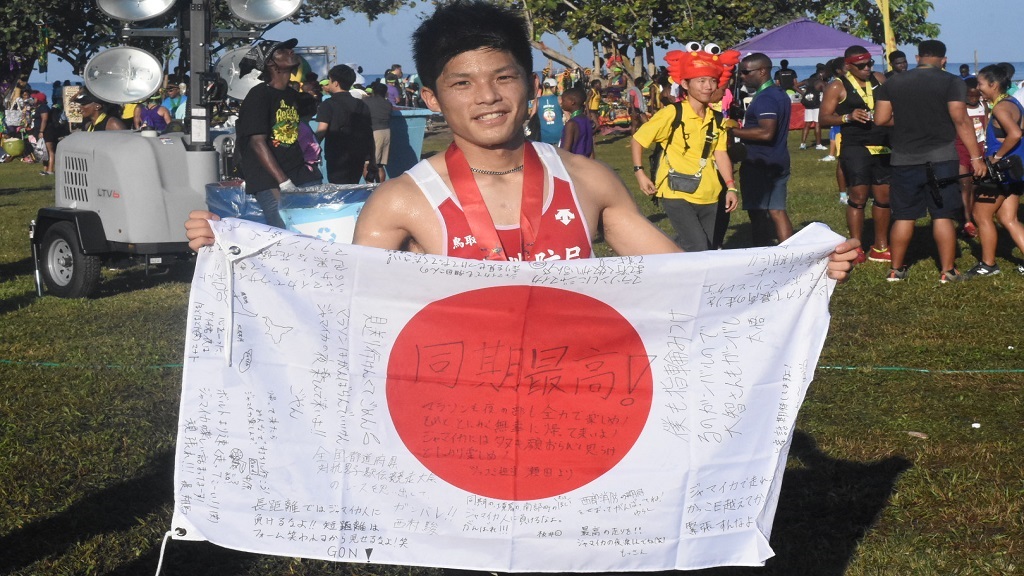 "The course was easy, as where I am from there are so many hills that I have to do. This is nothing. It is hot, but it was nothing," declared Fallman, who started running 10 years ago, while doing marathons in the latter six."

For Jamaican Henry Thomas, however, he had other concerns than the heat, as he felt he did not perform at his maximum capacity because of hydration issues, which nullified his two-time-a-day training, while also doing his regular working hours.

Thomas who won the men's section of the Half Marathon, said: "I came out here to do my best (under the circumstances) and I did just that. I had expected to do a faster time, but nevertheless, I am still proud of the time that I got. I wasn't 100 per cent, but I am grateful.

Jamaican Garfield Gordon, who won the 10K, believed his performance was affected by a hamstring injury he recently picked up, which he said affected his preparation for the race.

Gordon, who participated for local club UCC Steppas, said he is still without a major competitor in the 10K, as he believes he repeated his success of last year while running for GC Foster College, quite easily.

"It was very easy. I was running with my teammate, Henry Thomas (the Half Marathon winner), and when I reached five miles, I just ran away left him," added Gordon.

Meanwhile, 13-year-old St Jago schoolgirl, Nikeisha Henry, who won the women's 10K, said the course "was manageable", and it was a good feeling to come out on top.

Four first-time countries to participate in Reggae Marathon on Sunday

Five reasons why Negril's Reggae Marathon is so special