Despite the challenges, Jamaica’s healthcare holds up well – Tufton 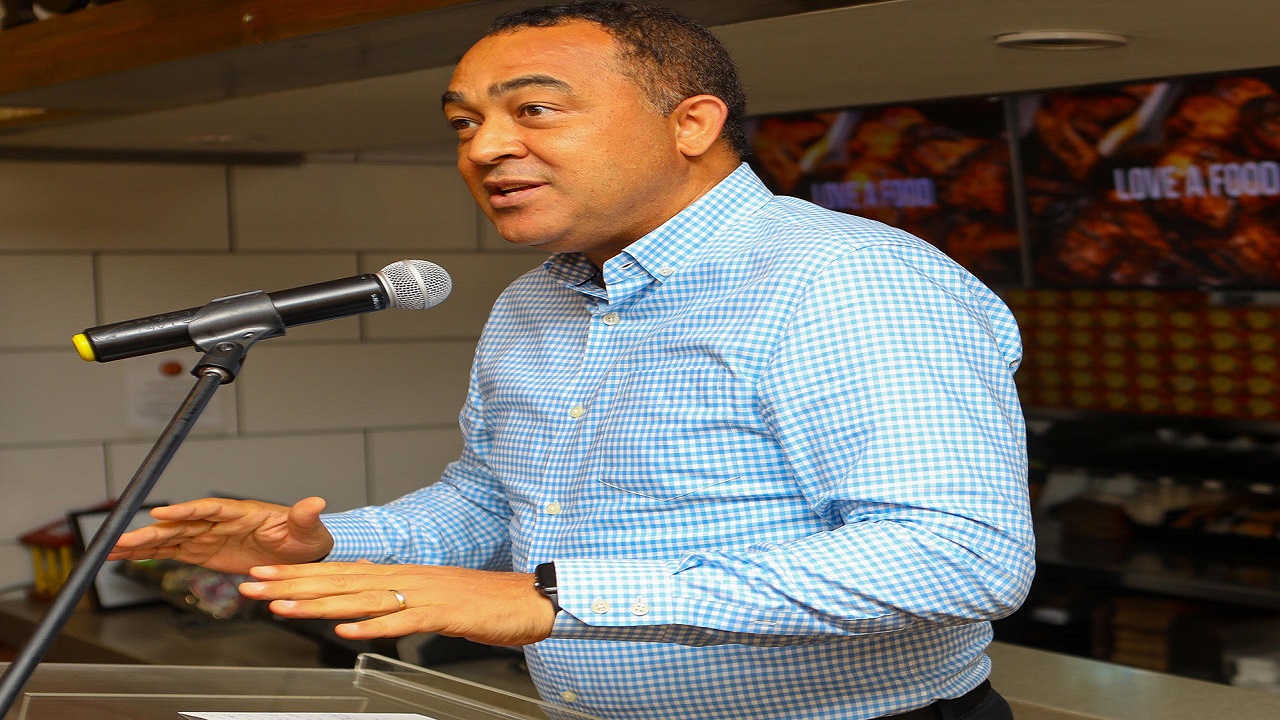 Minister of Heath, Dr Christopher Tufton, speaking at the Heart Institute of the Caribbean, spoke to the challenges facing modern health care in Jamaica.

The occasion was the official handing over of ambulances by Ambassador Yamakazi of the Embassy of Japan to the Heart Institute of the Caribbean which is headed by Professor Ernest Madu.

“As a country we are challenged in terms of our requirement to provide health services for our people and the gap that exists between the government’s capacity to provide and the demand on the system   which has to be filled somehow. The consequences of not filling that gap clearly are devastating- literally  in many cases meaning the difference between life and death,” said Dr Tufton.

He went on to add that from a policy perspective the government should always recognize its limitations and should encourage partnerships as in this instance where the government of Japan has helped to meet a critical need in the public health space.

The Minister of Health declared: “In this marketplace there are the haves and have-nots . The Heart Institute of the Caribbean’s discounted rates are to be commended. As a government we have a responsibility to ensure no one is left behind on their capacity or ability to afford it.

“Our policy is very straight forward as it relates to public health. First of all we preach preventative healthcare as the first line of defence. We say to Jamaicans, to the extent that if you can minimise illness by doing certain things you should do them. In that respect, it takes a lot of personal responsibility on your part to do what you need to protect yourself.”

Dr Tufton encouraged Jamaicans to make regular health checks, exercise every day and adopt good dietary practices. He noted that many Jamaicans do not necessarily practice what is being advocated here and so it is important to cater to the curative side of healthcare.
Case in point is the health profile of the population in terms of cardio-vascular care with many Jamaicans succumbing to this issue.

Backing up his observation with statistics, Dr Tufton said: “ Based on the statistics that I have seen,  of the 18,000 Jamaicans who die each year, approximately a third of that number are  linked to cardio-vascular disease. It is the leading cause of death in Jamaica with cancer coming in second.”

“In the public space, we are limited by resources and as a consequence some people die before being able to get treatment and if they were able to get it in a timely way, the risk of them dying would be less. This is what the Heart Institute of the Caribbean is offering and why we appreciate any efforts to enhance and build the infrastructure to support the excellent human capacity that is associated with this important  institution. Government will always lend its support to this type of initiative and their causes.”

He stressed that as it pertains to the curative aspect, more emphasis has to be placed on developing centres of excellence in specialised areas and to that end the Ministry of Health is doing so. He pointed to the recently commissioned linear accelerator at the Cornwall Regional Hospital and another will be commissioned at the St Joseph’s Hospital in Kingston.
.
“We must recognise that we cannot do all this by ourselves and so the need to link the specialist care and infrastructure supported by capital with providing a dual service to both the private and public sector is a formula we must pursue.

“It has to be a function that sees to it that the private sector’s bottom line is met but at the same time we cannot afford to leave people behind due to their lack of resources. In all of this there is a cost consideration that for a very long time as a country we have not sufficiently addressed,” said the Minister of Health.

The way he sees it, public health care in Jamaica has done well under the circumstances in terms of value for money. In this regard he drew attention to cost comparisons with other leading countries and what they spend on healthcare.

The United States spends 17 per cent of its GDP on healthcare. It is a fragmented market with excellent service and facilities but very expensive. There are millions of Americans who are unable to access services because they can’t afford them.

Canada spends 10 per cent of its GDP on healthcare and operates more of a social welfare system. It taxes heavily but gives it back in terms of healthcare infrastructure. But even in the case of Canada when you examine key benchmarks like waiting time, despite spending 10 per cent of the nation’s resources and a heavy tax burden to support healthcare expenditure, there is still a long waiting time for certain procedures.

The UK spends 8 per cent of its GDP on healthcare yet faces many challenges in the provision of expertise and equipment with long waiting times and so forth.

Jamaica spends less than 4 per cent of its GDP on healthcare and between both public and private healthcare that is still below benchmark standards as outlined by the World Health Organisation’s (WHO) expectations for the health expenditure for a country.

“We are really under resourced but at the same time if you look at key human development index measurements with things like life expectancy and infant mortality, compared with these countries, Jamaica performs very creditably despite our limited resources.

“This is a tribute to the expertise we have in this country, our human capacity and our creative use of limited infrastructure support to get the job done. That is why the use of partnerships like this one with the Embassy of Japan is very important. In a sense we are a model where many lessons can be learnt,” noted Dr Tufton.

He added that there are manifestations of Jamaica’s excellence in the healthcare field with the examples of the recruitment of Jamaican nurses and local doctors going abroad and winning accolades for performance in their respective areas.

However he cautioned : “We should not let these accomplishments cause us to be complacent in maintain our competitive edge and delivering on the service our population expects. Even with these significant achievements we are still lagging in a number of areas.”