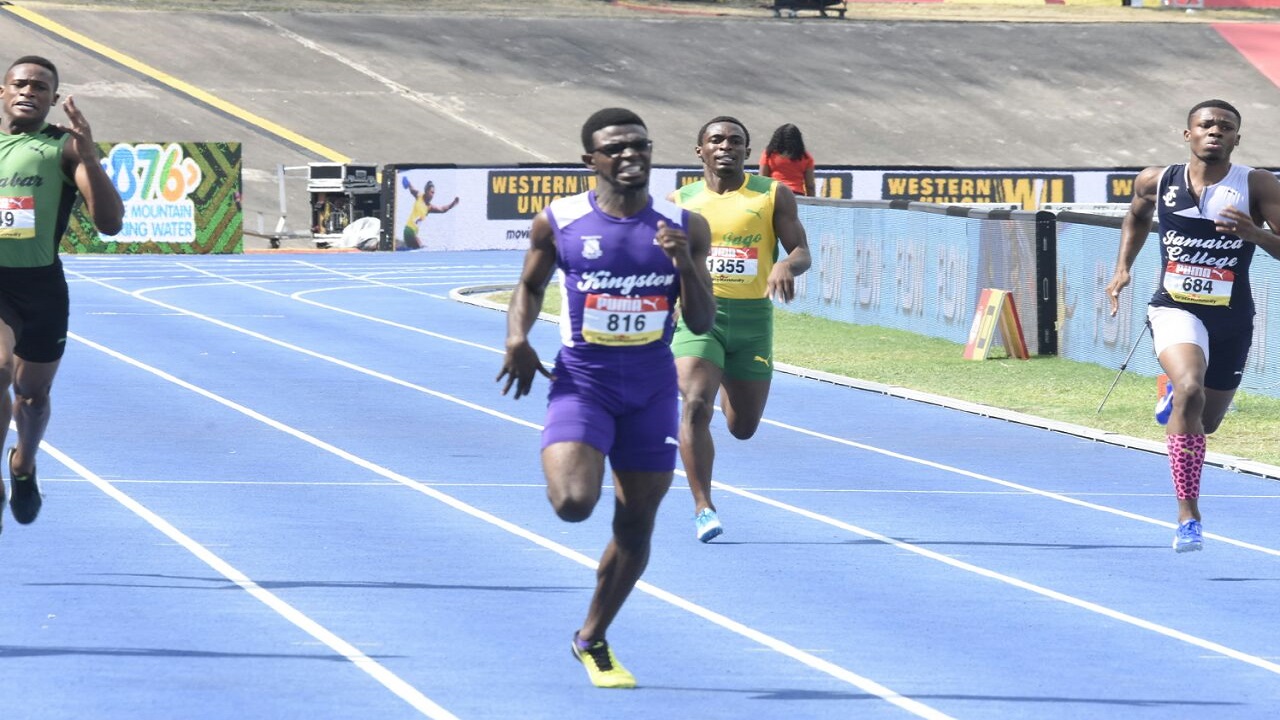 Deshawn Morris of KC moves away from the field to win the Boys' Class 1 400m final on Saturday's fifth and final day of the 2018 ISSA/GraceKennedy Boys and Girls' Athletics Championships at the National Stadium. (PHOTO: Marlon Reid).

Dashawn Morris pumped renewed life into the Kingston College's supporters at the National Stadium on Saturday when he scored a famous victory in the Boys' Class 1 400-metre final on the fifth and final day of the  ISSA/GraceKennedy Boys and Girls' Athletics Championships.

Morris did not disappoint his many supporters as he turned back the challenge of Calabar High's Anthony Carpenter and Chevannie Hanson of Edwin Allen to cross the line in 45.09 seconds.

It was the third time this season that Morris had stopped Carpenter, whom Calabar had put all their faith in after pulling Christopher Taylor from the event.

Morris had emerged as a main contender for the title after clocking 45.93 seconds  in the Corporate Area Championships on March 10, the second regional meet of the Digicel Grand Prix Series, to place a close second to Taylor (45.84) and then returned to easily beat  Carpenter at the CARIFTA Trials.