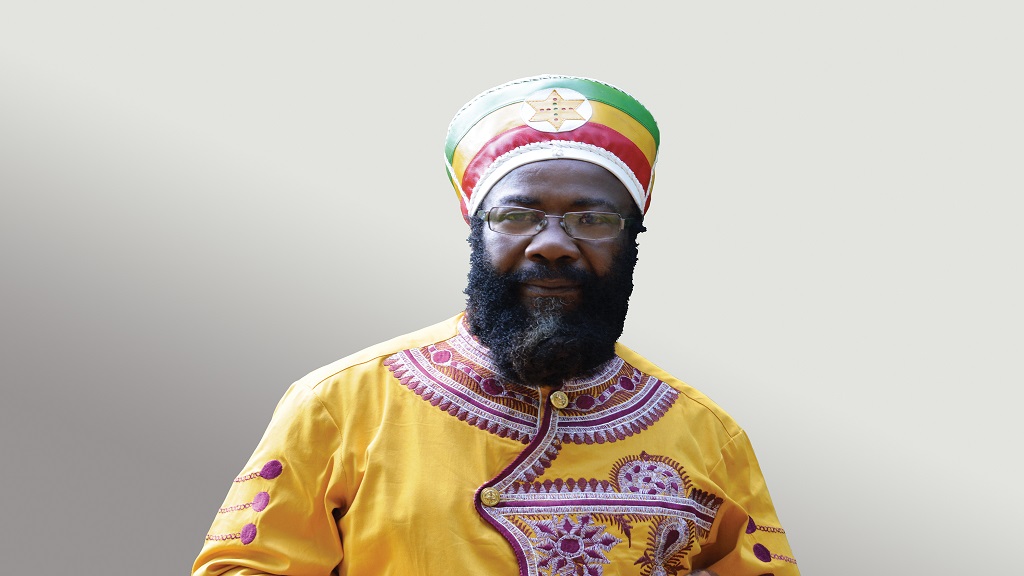 Reggae singer Denroy Morgan has come full circle. He started out as a solo singer scoring a huge pop hit, “I’ll Do Anything For You”, in 1981, before dedicating his life to pushing the efforts of his children, Morgan Heritage and LMS, to international fame. Now, he has returned to the music industry, to push the careers of African reggae singers, young men who he says are members of his "extended spiritual family".

"God is showing me a balance. I am an African born in Jamaica, who spent a portion of my life in the US, my kids were born in the US and spent their developing years in Jamaica, growing and understanding the energy, and bussing with the Jamaican energy. Now, my kids are on a pioneering mission in Africa, they are the next generation of pioneers, and  I am doing my part to unearth talent in Africa, and to bring their music to the Jamaica and the world,"  Morgan said.

Recently, Morgan resurrected his music career, returning to the stage with his band, the Black Eagles, and he also sought out recording talent from the worlds treasure chest known as Africa. He spent several months recording an EP entitled 'Missing You' , recording tracks with artistes such as Nyasha David of Zimbabwe, Latitude of South Africa, Vagavybz of Rwanda, Q-Nel of Ghana, and Bravoo of Kenya.

Morgan is the father of 30 children, 15 of whom he shares with Hyacinth Morgan, affectionately called 'Emo'. He has been able to use the sheer force of his presence and his charisma to introduce new artistes to the world. He did it first with Morgan Heritage, a reggae band formed in 1994 by five of his children namely Peter "Peetah" Morgan, Una Morgan, Roy "Gramps" Morgan, Nakhamyah "Lukes" Morgan, and Memmalatel "Mr. Mojo" Morgan. Morgan Heritage have toured internationally and released a number of reggae albums including the 2015 Grammy Award winning Strictly Roots. He also enjoyed success with the group, LMS which included Laza “One By One” Morgan who has had some his own hit records as well.

Morgan is confident he can do it again.

"We have a moral imperative to create that light of change, that truth to expose that indelible mark of lies that has captivated the minds of people and put us in an ignorant state of mind of our black selves. Only rasta can liberate the people," he said.

The 'Missing You' EP features tracks such as the title track, Missing You, God is in Man, Rapture and Super G Man. The track “Missing You” with Nysha David (from Zimbabwe),  also features the vocals of Gramps Morgan, will be available for preorder on March 29th and will be available on all digital outlets on April 6th.

"This single is the precursor to the release of the Missing You EP by Denroy Morgan & the Black Eagles Band featuring the Youths of Africa," he said.

Spirituality is rooted in Morgan's music as he is very much a leader of his own religious ministry, where he is known as  Ambassador Bishop Ras Denroy Morgan of the Abrahamic  Covenant Family Ministry, an arm of the Ethiopian Orthodox Coptic Church of North and South America and the International Gospel Helpers Church. He is also a member of the Twelve Tribes of Israel and the American Clergy Leadership Conference with a Nyahbinghi Vibration and Bobo Shanti Tradition.

"We have to gather and unify family vibration," he said.

Morgan released his last album, Muzical Unity in 2017 on Asaph Records/ VPAL Music, and this year, he has upped the ante by pushing a new project, re-establishing his Black Eagles band with a new lead vocalist, Iambassa.

"The Black Eagles was my back up band in 1984 when I initially went solo," he explained.

1Earlier this month, he released a single by Iambassa called 'Sweet Kali Herb' and in the summer he will release another single by Ianbassa and the Black Eagles, 'Stand Firm', which is a tribute to Igo Levy of the original Black Eagles. He is now ready to tour the world in support of these singles, the EP and his upcoming album.