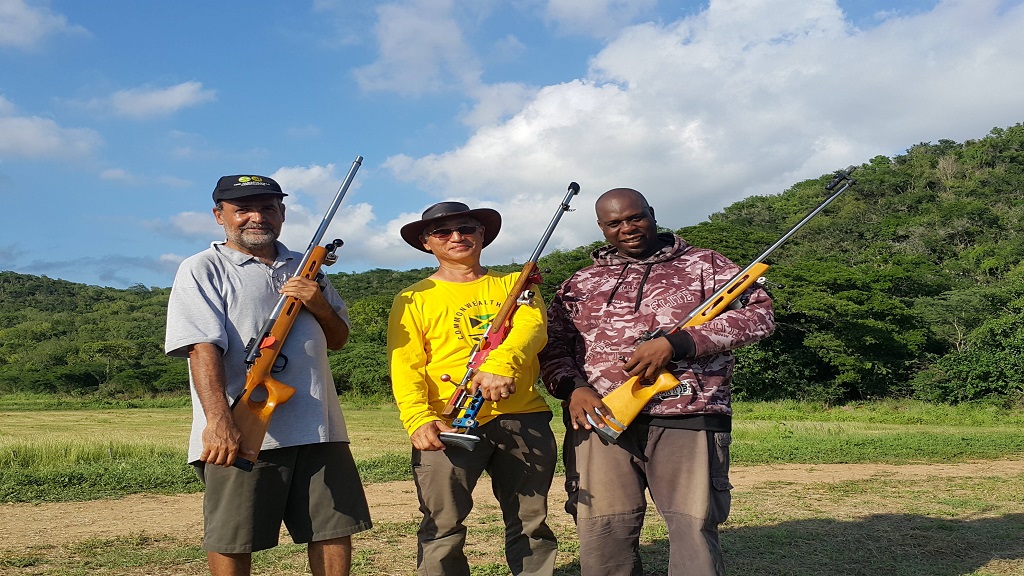 Shooting in the "O" class, for intermediate contestants, Lee upset the field when he finished ahead of the master marksmen who competed in the higher X-Class.  Although he was ranked ahead of Lee, "X" Class shooter David Rickman finished closely behind in second place with 235.12.  "O" class shooter, Aubrey Yee Sang was third with 232.14 points.

The championship was contested in three classes and shot in two days and over a total of six ranges with marksmen shooting 300 yards, 500 yards and 600 yards on both occasions.

Lee and Yee Sang were first and second in the "O" class, respectively; while Dwayne Ford was third with 221.7 points.  Similarly, Rickman topped the "X" class, where Claude Russell scored 229.8 to finish second and John Nelson placed third with 226.10 points.

In the "T" Class, for beginners, Patrick Thompson topped the field with 221.9 points; ahead of Alomar McNaughton and Naomi Campbell, who were second and third respectively with 206.7 points and 157.1 points.  Thompson also finished sixth overall in the grand aggregate, serving notice that he could cause trouble for more experienced shooters in the near future.

National Full Bore captain, Karen Anderson said, “Denis has been shooting for a long time and always seemed to fall just short of the top of the table so we are really excited to see him come through and win his first grand aggregate title at the national championships.”

“On a whole it was a solid tournament; Dennis is an "O" class shooter and he beat the "X" class competitors, Patrick won the "T" class and although he is at the beginner level, he finished sixth overall, well ahead of more experienced shooters, so we are seeing shooters stepping up and handling the pressure which is good for the sport,” she added.

Anderson also explained that the championships are part of the shooters’ preparations for the 2020 West Indies Full Bore Rifle Championships, which will be held in Antigua and Barbuda next May.  “This weekend the shooters really competed hard under trying conditions and this augurs well as we get ready for the regional championships next year,” she said.