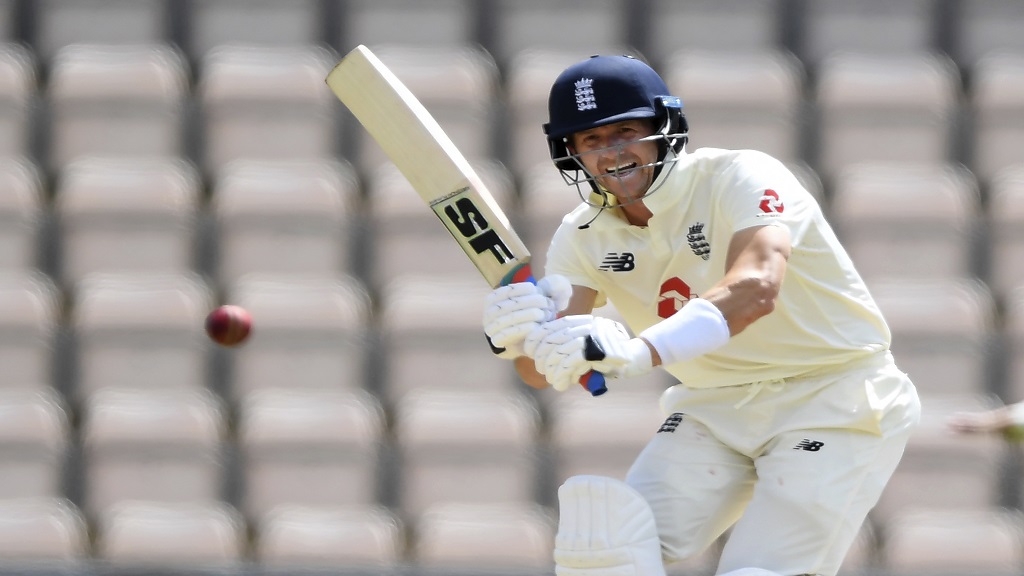 England's Joe Denly bats during the fourth day of the first cricket Test match against West Indies, at the Ageas Bowl in Southampton, England, Saturday, July 11, 2020. (Mike Hewitt/Pool via AP).

England captain Joe Root has confirmed he will take Joe Denly's place in the side for the second Test against West Indies.

Root missed the first Test at the Rose Bowl – which the Windies won by four wickets – due to the birth of his second child.

However, the skipper has returned for the second Test, which starts at Old Trafford on Thursday, with the tourists aiming to secure their first series win in England since 1988 in the longest format.

Denly makes way, with the 34-year-old batsman having made 18 and 29 behind closed doors in Southampton.

With Root coming in at number four, Zak Crawley will move up to bat at three – the 22-year-old keeping his place in the side on the back of an impressive 76 in the second innings last week.

England have not confirmed the rest of the team, with Stuart Broad vying to be included after the experienced paceman was left out for the first Test.

Denly has averaged 29.53 in 28 Test innings since making his debut against the Windies early last year, failing to make a century.

Root says there could be a way back for the experienced batsman, who has paid the price for his inability to convert promising starts into big scores.

"It's never an easy decision, having to leave someone out," said Root. "He [Denly] has done a brilliant job over a period of time. He's helped show our identity as a side and showed how we want to play moving forward, batting a long period of time and laying a platform.

"Watching Zak's progression, the way his game continually looks to get stronger. Joe has done a fantastic job for us and will be as frustrated as anyone that he's not quite managed to convert those opportunities.

"It’s certainly not a closed door for him."